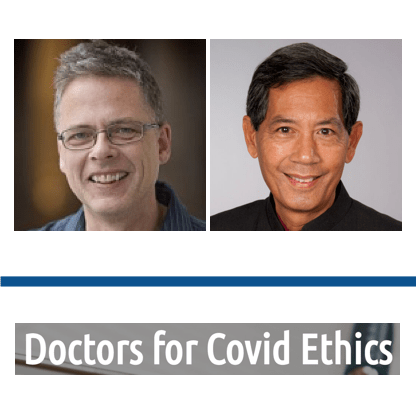 DETAILS
Fails to grasp significance of observation: The amount of white blood cells in tissue organs of people who died after receiving a COVID-19 vaccine is similar in many autopsy cases; contrary to the article’s claim, it doesn’t indicate autoimmune inflammation.
Inadequate support: Pathology experts pointed out that Burkhard’s analyses contain a poor description of his methods, making it impossible to draw any conclusions from these data.
Misrepresents source: mRNA from COVID-19 vaccines remains mostly at the injection site, and no evidence suggests it integrates into the cell’s genome. Such claims result from a misinterpretation of a biodistribution study in rats conducted by Pfizer and a study by Lund University researchers, respectively.
KEY TAKE AWAY

Before receiving marketing authorization, COVID-19 vaccines demonstrated their safety and effectiveness through several stages of clinical trials. However, regulatory agencies and health authorities continue to monitor possible safety issues among vaccinated people to identify any potential rare effect. There is an overwhelming body of evidence indicating that the benefits of COVID-19 vaccination continue to outweigh the known and potential risks, and serious reactions after vaccination are rare.

FULL CLAIM: mRNA vaccines “travel throughout the body and accumulate in various organs”; they induce “long-lasting expression of the SARS-CoV-2 spike protein” that can lead to “autoimmune-like inflammation” and cause vascular organ damage, “sometimes with deadly outcome”

On 19 August 2022, an article titled “Vascular and organ damage induced by mRNA vaccines: irrefutable proof of causality” went viral on Twitter. Authored by chemistry professor Michael Palmer and retired microbiologist Sucharit Bhakdi, the article was posted on the website of the group “Doctors for COVID Ethics”. The article received some engagement through Instagram, but it was widely shared on Twitter (see examples here, here, and here), where it received more than 25,000 interactions, according to the social media analytics tool CrowdTangle.

In the article, the authors claimed to demonstrate a mechanism by which COVID-19 vaccines cause deaths in vaccinated people and called for the vaccination to be stopped. The authors based their conclusions on two main arguments. The first one is that the vaccines distribute throughout the body, inducing “long-lasting expression of the SARS-CoV-2 spike protein in many organs”. The second one is that the spike protein produced through vaccination causes “autoimmune-like inflammation”, leading to “grave organ damage, especially in vessels”.

However, the “irrefutable proof” that the authors claimed to present doesn’t support their claims. Instead, the entire article relies on misinterpreted scientific studies and flawed analyses that contradict available scientific evidence, as we will explain below.

Who are the authors and the publisher of the article?

The two authors of the article have a history of spreading misinformation about COVID-19 and COVID-19 vaccines. Bhakdi’s false but widespread claims that the COVID-19 pandemic was “fake” and that vaccines would “decimate” the world population have been debunked by multiple organizations, including Lead Stories, USA Today, and Africa Check.

Only a tiny fraction of the lipid nanoparticles in COVID-19 vaccines travel through the body; the injection site retains most of it

Palmer and Bhakdi cited biodistribution data submitted by Pfizer to Japan’s regulatory body Pharmaceuticals and Medical Devices Agency (PMDA) to support the claim that “the vaccine quickly distributes through the body”. However, this is misleading because Pfizer’s data actually showed that the majority of the lipid nanoparticles remained on the injection site, and only a tiny fraction traveled to other tissues.

Pfizer’s researchers evaluated how the vaccine would distribute throughout the body’s organs and tissues by injecting rats with lipid nanoparticles identical to the ones that enclose the mRNA in the COVID-19 vaccine. The nanoparticles used in the study carried a radioactive label that allowed the researchers to estimate the amount of nanoparticles present in each tissue at different times by measuring the level of radioactivity.

As Health Feedback explained in an earlier review, pages 5 and 6 of the technical document submitted by Pfizer show that most of the lipid nanoparticles administered (52.6%) remained at the injection site at one hour post-injection, and 18.1% went to the liver at eight hours post-injection. Contrary to what the article suggested, the amount of nanoparticles in the rest of the tissues didn’t exceed 1% of the administered dose and, in most cases, was below 0.1%, even though the dose used in rats was much higher than that used in COVID-19 vaccines.

Palmer and Bhakdi acknowledged that most of the evidence presented in the article is based on data from retired pathologist Arne Burkhardt. These data consist of a series of histopathological analyses—examination of tissue under the microscope to study the changes caused by a disease—on 15 people (eight women and seven men, aged 28 to 95) who died within six months after receiving a COVID-19 vaccine.

Burkhardt found an accumulation of lymphocytes (a type of white blood cell) in several organ tissues, which he interpreted as an ”attack” of the body organs by the immune system caused by COVID-19 vaccination.

This isn’t the first time that Burkhardt has made these claims. The first public record dates back to 20 September 2021 at a “Pathology Conference” organized by Burkhardt himself, former professor of electrical engineering Werner Bergholz, and retired pathologist Walter Lang at the Pathological Institute of Reutlingen, Germany. On 10 December 2021, Bhakdi and Burkhardt repeated the same claims (summarized in this four-page report) in a live-streamed “Doctors for COVID Ethics Symposium”.

However, Burkhardt’s data and conclusions have been heavily criticized by experts for being unsupported by evidence.

The team of the German register of COVID-19 autopsies at the University Hospital RWTH Aachen, supported by the Federal Ministry of Health, told the fact-checking organization Correctiv that Burkhard had misinterpreted the images. They explained that the accumulation of lymphocytes was similar to “those found in many autopsy cases”. Furthermore, they said that no conclusions could be drawn from Burkhardt’s data because the criteria for selecting the cases were “unclear”, the entire methodology incomprehensible, and there was a lack of relevant clinical information.

The German Society for Pathology (Deutsche Gesellschaft für Pathologie) issued a statement distancing itself “sharply” from the conference and its content (translated into English from the original German):

“These are personal opinions and not the position of our professional society. As already critically noted by others, the data presented are not scientifically sound. So far, the [Deutsche Gesellschaft für Pathologie] is not aware of any striking correlation of deaths associated with the COVID-19 vaccine – although of course the possibility that the vaccine may also cause complications cannot be excluded”.

The Federal Association of German Pathologists (Bundesverband Deutscher Pathologen) made a similar statement in an email to Correctiv (translated into English from the original German):

“As far as we know, the opinions presented in the video by Professor Burkhardt and Professor Lang are currently neither sufficiently supported by scientific evidence nor are they available in a format worthy of comment.”

The U.S. Centers for Disease Control and Prevention state that, despite being “under the most intense safety monitoring program in U.S. history”, reports of death following COVID-19 vaccination are rare. Furthermore, these reports don’t necessarily mean that a vaccine caused a health problem, as Health Feedback explained in several earlier reviews. Data from safety monitoring indicates that COVID-19 vaccines are safe and severe reactions after vaccination are rare.

Palmer and Bhakdi explained the alleged damage of the COVID-19 vaccines to organs by hypothesizing that the mRNA from vaccines remains active in the body, producing the spike protein of SARS-CoV-2 perpetually.

To support their hypothesis, the authors cited a study by researchers at Lund University[1]. Palmer and Bhakdi claimed that this study showed that “human-derived cells can copy the Pfizer mRNA vaccine into DNA and then insert it into their own chromosomal DNA”. They added that this DNA insertion poses a risk of genetic damage, leading to cancers and leukemias.

However, this is inaccurate. As Health Feedback explained in an earlier review, the cited study didn’t show that the mRNA alters our DNA. Instead, it showed that liver cancer cells treated in the laboratory with varying amounts of the Pfizer-BioNTech COVID-19 vaccine produced more LINE-1 and at least partial DNA copies of the vaccine mRNA. LINE-1 is the element that encodes for an enzyme called reverse transcriptase, which enables the production of DNA from RNA.

Based on their results, the authors of the study suggested that the vaccine could potentially affect the integrity of the human genome. However, the study never showed that the reverse-transcribed DNA entered the nucleus where the DNA is stored nor that it integrated into the cell’s genome. Furthermore, the study’s results cannot be extrapolated to people because cancer cells growing in the laboratory aren’t representative of healthy cells in a human being.

The idea that mRNA from COVID-19 vaccines can remain in our bodies in the long term is a common myth with no scientific basis. mRNA COVID-19 vaccines deliver the genetic instructions to the muscle cells to produce the spike protein of SARS-CoV-2. Thus, they train our immune system to recognize and respond more rapidly to the virus if it encounters the virus in the future. However, it is the response from the trained immune system which confers protection against the virus, not the vaccine itself.

mRNA from vaccines is fragile and gets rapidly degraded by cellular machinery once it has delivered the genetic instructions. The spike protein generated by COVID-19 vaccines is thought to remain in the body for up to a few weeks, like other proteins made by the body.

Nothing in the article by Palmer and Bhakdi demonstrates that COVID-19 vaccines are causally associated with deaths. All the evidence presented is based on misinterpreted results from studies and on poorly-described histopathological analyses of tissue from deceased people that can’t be considered reliable. In contrast, rigorous analyses of safety monitoring data show that COVID-19 vaccines have a high safety profile.