Our Workflow at a glance:

Health Feedback editors select articles for review that are the most viral on social media and/or are published in outlets with large readership. Either must contain potentially verifiable claims in the scientific realm.

If you think we missed an important claim or article, you can suggest it for review here.

The editor in charge of overseeing the review process invites relevant experts to contribute to the review.

Reviewers are asked to comment on the article to indicate whether the facts underlying the reasoning are consistent with up-to-date scientific knowledge. Reviewers should represent the state of knowledge in the scientific literature, using strongly supported scientific theories and observations as references, and refrain from pointing to partial/isolated/weakly supported findings.

The primary objective of scientists should be to check the scientific accuracy of the facts and assumptions on which the article is based. However, their contributions need not be limited to fact-checking and could extend to:

Reviewers should pay attention to these “credibility criteria” to guide their evaluation:

To help readers better understand the comments made, we invite scientists to provide an assessment regarding the overall scientific credibility of the article. The following criteria are used to help guide the evaluation:

Remember that we do not evaluate the opinion of the author, but instead the scientific accuracy of facts contained within the text, and the scientific quality of reasoning used. 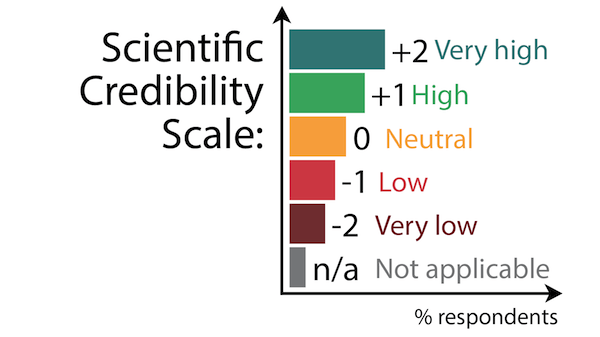 The final Health Feedback rating is the average of all the reviewers’ ratings; in cases when reviewers largely disagree no rating is issued and the review is left as ‘debated’.

Credibility criteria, definition of the keywords

The methodology is adapted from Climate Feedback and HealthNewsReview.org.

After the review process is complete, the editor writes a summary of the most salient points brought by the scientists, which is promoted on our website, across our social platforms, and shared with key media and scientific partners.

The Health Feedback editor provides feedback to the journalists and/or editors of the outlet of the original article reviewed.

You can help us amplify the voice of science by following us on social media, sharing our content and signing-up to our email notifications!

We aim for our “feedbacks” to be as accurate and up-to-date as possible. If we discover a mistake has been made, we will correct it as soon as possible and a note will be added on the original item. If you think we’ve made an error or missed some relevant information, contact us.

Suggest an item to review

If you wish to submit a suggestion of an article or claim to review, please use this online form. Please note that we focus on reviewing claims and articles that are scientifically verifiable and that reach large audiences.