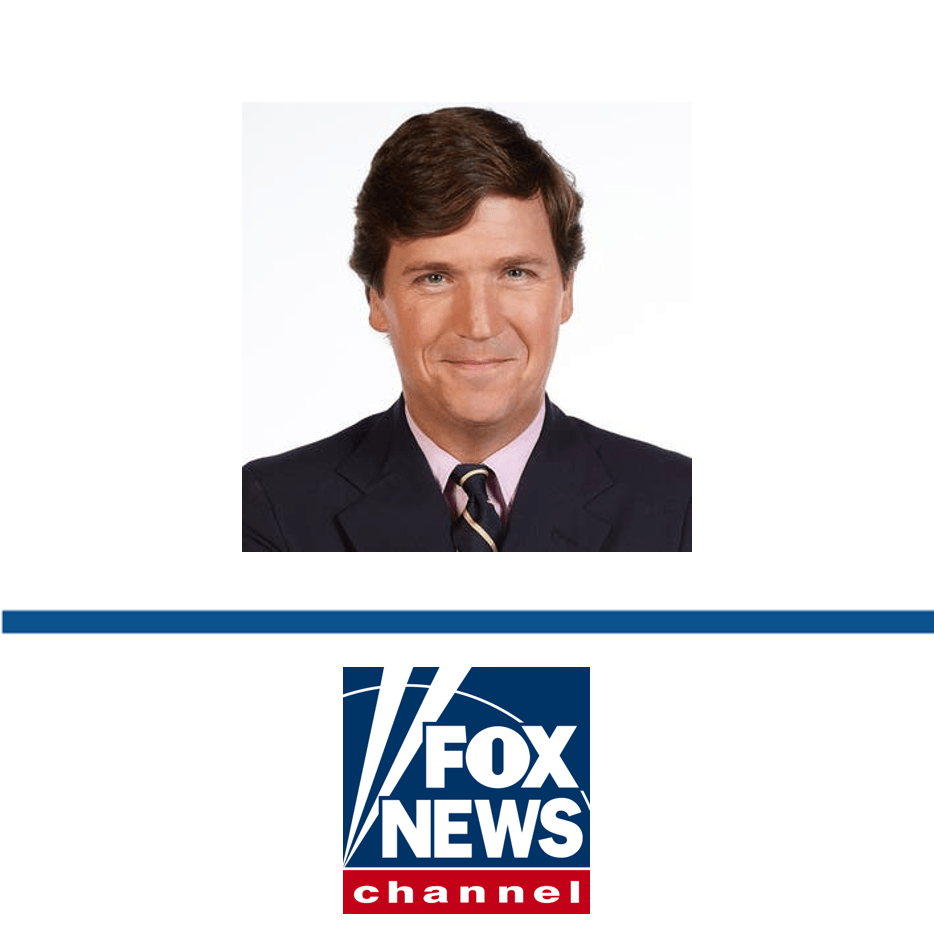 DETAILS
Inadequate support: Reports in the U.S. VAERS database cannot be used as evidence that a vaccine is responsible for the death of recipients. It contains unverified information that can’t prove a causal link.
Flawed reasoning: VAERS reports for COVID-19 vaccines aren’t comparable to reports for other vaccines. Because the COVID-19 vaccines received emergency use authorization rather than approval, healthcare providers are obligated to report any deaths occurring among people who received the COVID-19 vaccine, even if there is no indication that the vaccine could be involved in the death. Therefore, deaths among COVID-19 vaccine recipients would be reported more frequently than deaths among recipients of other vaccines which received FDA approval as opposed to emergency use authorization.
Misleading: Health authorities systematically investigate reports of deaths in VAERS. According to the CDC, none of the deaths have been linked to COVID-19 vaccines. However, Carlson failed to inform readers of this clarification by the CDC.
KEY TAKE AWAY

The U.S. Centers for Disease Control and Prevention (CDC) investigated the deaths that occurred among people who received a COVID-19 vaccine and found that the vaccines didn’t cause these deaths. The VAERS database helps health authorities to monitor the safety of vaccines. However, it is important to remember that the database contains unverified information and can’t be used on its own to suggest a causal link between vaccination and death. It is mandatory for healthcare providers to report any death occurring among COVID-19 vaccine recipients, which may be why more deaths are being reported among those who received a COVID-19 vaccine as compared to other vaccines.

As of 11 May 2021, the COVID-19 pandemic caused 160 million cases and more than 3 million deaths worldwide, including almost 600,000 deaths in the U.S. alone. The pandemic prompted an unprecedented effort to develop, test, and administer vaccines against the disease. Three vaccines received emergency use authorization (EUA) in the U.S. after large clinical trials proved their efficacy and safety. More than 115 million people, which is about 34% of the total U.S. population, are fully vaccinated as of 11 May 2021.

However, the large-scale vaccination campaign also fed the proliferation of misinformation regarding vaccine usefulness and safety. Many claims misinterpret vaccine safety surveillance data and draw erroneous or unfounded conclusions as previously fact–checked by Health Feedback.

A more recent form of such a claim was presented in a segment on the TV network Fox News on 6 May 2021. Tucker Carlson used a technique known as “just asking questions” to suggest that COVID-19 vaccines may be linked to the deaths of thousands of people and may be more dangerous than classic vaccines such as the flu shots. This form of questioning is ill-founded and based on a misinterpretation of how the U.S. vaccine safety monitoring system works, as we explain below.

Carlson based his claim on figures allegedly extracted from the U.S. Vaccine Adverse Events Reporting System (VAERS) database. VAERS provides the general public and healthcare workers with an avenue to report adverse events occurring in people after they were vaccinated. The system is co-managed by the U.S. Centers for Disease Control and Prevention (CDC) and the U.S. Food and Drug Administration (FDA). It serves as “a national early warning system to detect possible safety problems in U.S.-licensed vaccines”, which “can provide CDC and FDA with valuable information that additional work and evaluation is necessary to further assess a possible safety concern.”

However, Carlson misused VAERS. Indeed, the database alone cannot be used to suggest that a vaccine is dangerous. First, because anyone can submit a report to VAERS, the information in the report isn’t verified. VAERS clearly warns users relying on the database about this caveat: “Some reports may contain information that is incomplete, inaccurate, coincidental, or unverifiable. Most reports to VAERS are voluntary, which means they are subject to biases.” However, Carlson didn’t cite this warning by VAERS, leaving viewers with the incorrect understanding that VAERS reports alone are reliable evidence of a causal association.

Second, VAERS data can’t show whether one health event is the consequence of a given medical intervention such as vaccination. Indeed, the simple fact that event A occurs before event B doesn’t mean that the first one caused the second. Suggesting otherwise, as Tucker Carlson does, is known as the post hoc ergo propter hoc fallacy. One common example used to illustrate this fallacy is “the rooster crows just before the sun rises, therefore the rooster’s crow causes the sun to rise”. This exemplifies the risk of drawing far-fetched conclusions solely because two events occurred close to each other. Further investigation would be needed to explain the mechanism by which event A caused event B in order to establish the causal link.

If VAERS contains unverified information and can’t show the causal relationship between an adverse event and a treatment, then what is VAERS’ use? VAERS is only the first step of the surveillance process. As we explained in a previous fact-check, serious adverse events such as death are then investigated by experts from the FDA. In other words, VAERS collects data that are used by authorities as the basis for further investigation. For example, VAERS reports were key to helping the CDC and FDA recognize that a vaccine against rotavirus caused an increased risk of intussusception, which is a potentially life-threatening medical condition where an individual’s intestine becomes obstructed, as Health Feedback previously explained.

In the case of reports about deaths, the health authorities gather additional information to understand how the person died, under what conditions, and with what symptoms, in order to confirm if the report is accurate and if the death can be plausibly attributed to the vaccine.

Importantly, the CDC clarified that none of the 4,178 deaths reported to VAERS following COVID-19 vaccination as of 3 May 2021 proved to be linked to the vaccination. Again, Carlson didn’t cite the CDC’s clarification in his segment.

Carlson went on to claim that more people appeared to die after COVID-19 vaccination than after flu vaccination, suggesting that the COVID-19 vaccines are less safe. However, such comparisons suffer from a major flaw of reasoning that precludes any conclusion.

Comparing the safety of different vaccines would at least require that people’s propensity to report adverse events, such as death, is similar among those people who received each vaccine. However, such similarity is not established.

In particular, VAERS explains that healthcare providers are required by law to report any major adverse events such as death for vaccines under EUA, which is the case for the COVID-19 vaccine. Therefore, according to the CDC, any person who received a COVID-19 vaccine and subsequently died must be reported to VAERS, regardless of the cause of death. This is not the case for the flu vaccines, which received a standard approval from the FDA. Consequently, there is an inherent reporting bias in VAERS towards increased reporting of deaths among people who received a COVID-19 vaccine compared to other vaccines. It is thus impossible to directly compare vaccines as Carlson did.

Finally, Carlson attempted to support his claim with mathematical calculations. He claimed that “3,362 people apparently died after getting the COVID-19 vaccine […] that’s an average of roughly 30 people every day” and suggested that this was an unusually high number.

However, his calculations don’t actually support his conclusions. It is obviously normal that people will die every day of many different causes, whether they are vaccinated or not. For Carlon’s calculation to support his claim, his numbers would need to indicate a higher death rate among the vaccinated population than what is normally expected.

The vaccinated population increased since the beginning of the vaccination campaign to reach 115,530,783 individuals as of 10 May 2021. For the sake of the reasoning, let us assume that this population has the same demographics as the total U.S. population. According to the CDC, in 2017, roughly 8,000 persons died in the U.S. every day of any cause out of a population of about 330 million. This is a ratio of approximately 1 death per 41,000 inhabitants each day. Using this death rate based on the CDC’s 2017 data, we can calculate the average number of people expected to die from any cause among the vaccinated population, each day.

As the vaccinated population grows with each passing day, the number of deaths that would normally be expected will also grow. For example, there were 28,084,400 fully vaccinated individuals as of 27 February 2021. In a population of that size, roughly 685 people would die each day from any cause, based on the 2017 CDC mortality data.

The figure given by Carlson of 30 deaths per day is thus far from the number of deaths that occur daily due to any possible cause. Therefore, it doesn’t indicate that vaccinated people die at a higher rate than expected for the general population. In fact, these numbers would suggest that COVID-19 vaccines are safe and didn’t cause a surge in mortality.

In summary, there is no evidence supporting the claim that people who received a COVID-19 vaccine are dying at an unusually high rate. Claims based on VAERS reports are misleading as they overlook the fact that VAERS is not intended to prove that a vaccine caused a specific adverse event. Comparing VAERS reports following COVID-19 vaccines and flu vaccines is flawed because the reporting policies for those vaccines are different. Finally, the FDA systematically investigates the reports of death following vaccination and found no evidence that the COVID-19 vaccines caused some people’s deaths, consistent with the results of the vaccines’ large-scale clinical trials.