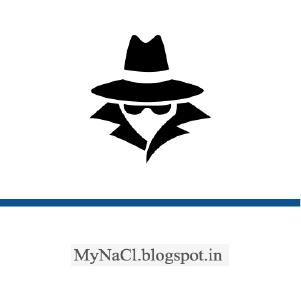 DETAILS
Inadequate support: The article does not present any evidence demonstrating that the virus might have been released, intentionally or accidentally, by Chinese authorities.
KEY TAKE AWAY

All available data indicate that SARS-CoV-2, the virus responsible for COVID-19, is of natural origin and is not manmade. Comparisons of viral genome sequences show that it shares a strong identity with similar coronaviruses which infect wildlife such as pangolins and bats. No direct evidence has been provided so far that SARS-CoV-2 was previously under study in a Wuhan laboratory or that it was intentionally or accidentally released.

FULL CLAIM: The coronavirus has been 'released' by China [...] it was purposely propagated by the Chinese themselves!

The MyNaCl blog post states that the coronavirus SARS-CoV-2, which is responsible for the current pandemic, was purposely released by the Chinese in order to gain an economic advantage over other nations. The post is one version of a recurring rumor concerning the origin and dissemination of SARS-CoV-2. This scenario is unsupported by any evidence and was previously addressed by Health Feedback here and here, for instance.

Firstly, no evidence has been presented to support the claim that SARS-CoV-2 was released from a laboratory in China, nor that this specific strain or a directly related ancestor was being studied in laboratories before the outbreak occurred. Although SARS-like coronaviruses are being studied in labs, they are distant relatives of the human-targeting SARS-CoV-2[1]. The closest known relative of SARS-CoV-2 is the bat virus RaTG13, which shares 96% identity with the SARS-CoV-2 genome. Even this close cousin is separated from SARS-CoV-2 by decades of evolution, as suggested by scientists here and here.

In addition, scientists have found no evidence in the SARS-CoV-2 genome to indicate that it was human engineered. As Health Feedback reported here, a group of 27 researchers from several countries publicly rejected the allegation that the virus was laboratory-made[2]. As the authors pointed out:

“Scientists from multiple countries have published and analysed genomes of the causative agent, severe acute respiratory syndrome coronavirus 2 (SARS-CoV-2), and they overwhelmingly conclude that this coronavirus originated in wildlife, as have so many other emerging pathogens”.

A recent study published in Nature Medicine on 17 March 2020 established that SARS-CoV-2 very likely evolved naturally, probably originating from a coronavirus in pangolins or bats (or both), and later developed the ability to infect humans[3].

The so-called S protein, which is located on the surface of the enveloping membrane of the SARS-CoV-2 virus, allows the virus to bind to and infect animal cells. This protein displays a high affinity for a protein called ACE2 located on the surface of the targeted animal cells[4]. This is the same receptor that SARS-CoV-1, the virus responsible for the SARS outbreak of 2003-2005, targets. After the SARS outbreaks, researchers identified a set of key amino acids within the S protein which give SARS-CoV-1 a super-affinity for the ACE2 target receptor[4,5]. Surprisingly, the S protein of the current SARS-CoV-2 does not contain this optimal set of amino acids[3], yet is nonetheless able to bind ACE2 with a greater affinity than SARS-CoV-1[6]. This finding suggests that SARS-CoV-2 evolved independently and undermines the claim that it was manmade[3]. Indeed, the best engineering strategy would have been to harness the known and efficient amino acid sequences already described in SARS-CoV-1 to produce a more optimal molecular design for SARS-CoV-2.

Over the past two decades, scientists have developed several genomic coronavirus “backbones” to be used as the initial framework for engineering experimental viruses, but the genome sequence of SARS-CoV-2 indicates that no such backbones are present[3]. Researchers have also determined through genome sequencing that SARS-CoV-2 likely originated in either bats or pangolins, or both[3,7]. Indeed, SARS-CoV-2 shares 96% identity of its genome sequence with the bat coronavirus RaTG13 and 91% with a pangolin coronavirus isolated from dead animals. The percent identity with the pangolin coronavirus is even stronger in the key amino acids necessary for the binding of the virus to the targeted cells[3,7]. Altogether, this evidence strongly indicates that the virus originated in wildlife and developed the ability to infect humans at a later point in time.

The robust scientific evidence that SARS-CoV-2 evolved naturally does not exclude the possibility that it could have escaped from a laboratory if any had indeed been studying it before the outbreak. However, in order for the hypothesis to be true, a lot of unlikely conditions would have had to be met. Firstly, a laboratory would have had to secretly harvest a natural precursor of SARS-CoV-2 from an unknown animal reservoir and culture it in the laboratory. Secondly, the scientists would have had to adapt the precursor virus to humans in the lab and then release it into the population—this is inconsistent with the results of genomic analyses indicating that the virus evolved naturally. While not impossible, such a chain of events is highly improbable and there is currently no evidence to support this claim. The article from the MyNaCl blog does not provide any information to support this hypothesis.

In summary, genomic data indicate that SARS-CoV-2 shares a strong genetic identity with coronaviruses isolated from bats and pangolins, which suggests a natural origin. Additionally, the data do not contain any evidence of human engineering. Finally, there is no piece of evidence available either in the post or elsewhere to support the claim that the virus was intentionally released and/or propagated.

UPDATE (20 Apr. 2020):
This review was updated to include additional references and to more clearly explain how the available scientific evidence fits with the different hypotheses on the virus’ origin.