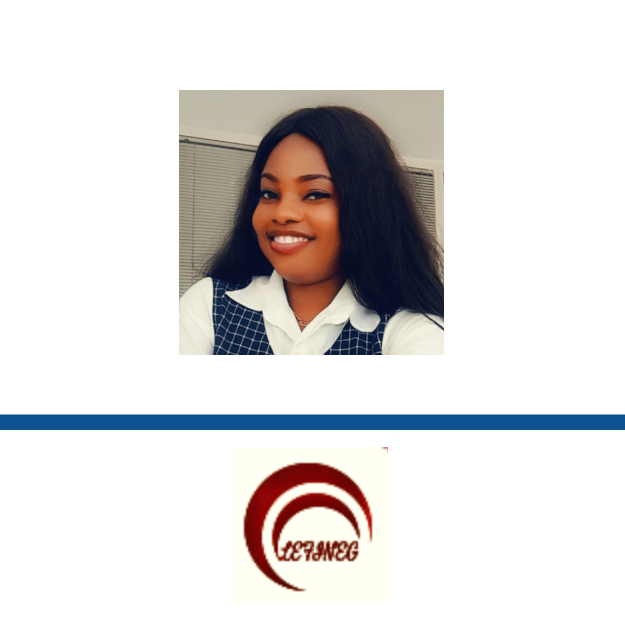 The article contains numerous inaccuracies about COVID-19. Firstly, while coagulopathy (blood clotting disorder) does occur in some COVID-19 patients, the evidence to date indicates that viral pneumonia is the main cause of death in COVID-19 patients, not clotting disorders as claimed. Secondly, antibiotics, antivirals, anti-inflammatories and anticoagulants are already being used in current COVID-19 treatment protocols, contrary to the article’s suggestion that they are not. Finally, ventilators and intensive care units are crucial for treating COVID-19 patients, in spite of the article’s claim that these are “not needed”.

FULL CLAIM: “It is now clear that the whole world has been attacking the so-called coronavirus pandemic wrongly due to a serious pathophysiological diagnosis error. ... Autopsies performed by the Italian pathologists [have] shown that it is not pneumonia but it is disseminated intravascular coagulation (thrombosis) which ought to be fought with antibiotics, antivirals, anti-inflammatories and anticoagulants.”

The claim that autopsies in Italy prove that COVID-19 is not pneumonia but disseminated intravascular coagulation began circulating from mid-April 2020 onwards on various platforms such as Whatsapp, YouTube and Facebook in several languages such as Spanish, French, German, and more recently, English. English-language Facebook posts, based on a blog post making the same claim, went viral towards the end of May 2020, receiving more than 810,000 views to date.

As part of the #CoronaVirusFacts Alliance led by the International Fact-Checking Network (IFCN), which “unites more than 100 fact-checkers around the world in publishing, sharing and translating facts surrounding the new coronavirus”, Health Feedback has translated the fact-check for this claim, published by Spanish fact-checking organization Maldita, a fellow signatory of the IFCN.

Various versions of a message are being highly circulated across social media, which says that, according to Italian physicians, the virus SARS-CoV-2 is being “treated wrongly”, as the cause of death in patients is not pneumonia but a “disseminated intravascular coagulopathy (thrombosis)”. There has also been a highly circulated video attributed to the Honduran physician and neuropsychologist Daniel Davila Nolasco regarding the same claim.

Yes, COVID-19 patients can develop thrombosis, but there is no evidence that thrombosis is the true cause of death from COVID-19. We explain to you what we have found.

The Whatsapp message refers to “some Italian physicians” or “a physician” (this varies depending on the version of the message) that allegedly performed 50 autopsies (in certain versions of the message, the number of autopsies is not given), in an Italian city (some versions of the message indicate Milan, Brescia, or Bergamo). We have already explained here everything that is known about these autopsies. Yes, there have been autopsies conducted on COVID-19 positive patients, but only 38, not 50, were performed. Although the preprint containing the results of this study were published on 22 April, messages containing similar information were already circulating from as early as 31 March.

According to the message, the conclusion of these autopsies was that the cause of death in COVID-19 victims was not pneumonia but thrombosis. The interstitial pneumonia was a diagnostic error and that a treatment based on “antibiotics, anti-inflammatories, and anticoagulants” would be the best way to “resolve” the pandemic “much sooner than expected”.

We have found a post on Facebook published on 1 April which corresponds more or less with some versions of the Whatsapp message that people received.

We have also identified a title in an article published in the Italian newspaper Libero on 15 April that also says “[COVID-19 patients] don’t die from pneumonia, but from thrombosis.” The author of the article is the physician and health advisor of the Lombardy region, from the Forza Italia party, Melania Rizzoli.

In spite of the title, the physician explains in the first paragraph that only in 23% of the supposed autopsies in “many” of the patients who had died from COVID-19, was the cause of death not “serious respiratory insufficiency caused by viral pneumonia”, but “massive thromboembolic events, that is to say, emboli and thrombi in pulmonary vessels,” although no source or document is provided in which this information can be found.

The idea that the “true” cause of death in those who had COVID-19 is thrombosis and not pneumonia (as the message goes) has also appeared in other Italian digital media outlets (here for example), but these also do not provide the source or data on which this idea is founded.

However, as we already explained here, where we clarified what is known about these 50 alleged autopsies performed in Italy, there is no evidence that the main cause of COVID-19 deaths is thrombosis.

Yes, COVID-19 patients can develop thrombosis, but there is no evidence that thrombosis is the “true” cause of death from COVID-19

That thrombosis can be one outcome of infection is nothing new. As we have explained here, it was known from the beginning, when COVID-19 patients were being treated in China, that clotting disorders occur in seriously ill patients, which necessitate treatment.

In this scientific article, a review was conducted on the known facts to date regarding this subject[1]. Hence from 13 March onwards, the World Health Organization recommended the use of low molecular weight heparin in clinical management of patients suspected of having a COVID-19 infection, in order to prevent complications related to “venous thromboembolism”.

According to the evidence to date, respiratory failure is the main cause of death in COVID-19 patients, as this article in The Lancet says[2]. However, it is important to keep in mind that in many cases, other causes play a contributing role, owing to pre-existing conditions, among others.

However, there is no evidence that thrombosis is the true cause of death from COVID-19, or that heparin—or any anticoagulant—is the most effective way to fight COVID-19, as claimed by the Whatsapp messages and the video circulating on social networks. The documents to which we have linked explain that thrombosis is one of the possible complications of the disease, not that it is the main cause of death or that due to this, we are about to “resolve this novel pandemic earlier than expected”, as written in the Whatsapp chain messages that are circulating.

With respect to anti-coagulants, these are drugs that help to reduce the risk of a coagulopathy, a disorder of the blood clotting process arising through excessive immune response (“cytokine storm”, which we explain here) in the body against the infection. But at the moment, it is not known what the incidence of coagulopathy is, or if anticoagulants like heparin are the most effective for preventing coagulopathy (as these come with a significant risk of hemorrhage), or if they are effective in the most severe stages of the disease.

As summarized by Flora Peyvandi, director of the Hemostasis and Thrombosis Unit at the Policlinico of Milan, which treats such patients: “Heparin is an anticoagulant drug that should be prescribed only by medical professionals, able to evaluate the clinical condition of the patient and the results of laboratory tests to correctly assess the benefits of the therapy and the risk of hemorrhage that can be caused by the drug.”

The use of anti-inflammatories is also nothing new in COVID-19 treatment. According to Sonia Zuñiga, researcher at the coronavirus laboratory of the Spanish National Center for Biotechnology (CNB-CSIC), “practically from the beginning, anti-inflammatories have been given to patients with severe respiratory difficulties. All of this is not new and it makes complete sense. It is not only necessary to attempt to reduce the viral load with antiviral drugs, it is also essential to reduce the excessive inflammation that is produced in the most severe manifestations of the disease. With these viruses, this is what causes potentially lethal damage.”

Of course, “what does not make sense is the use of antibiotics, which is mostly meant to prevent secondary bacterial infections, and certainly not employed against the virus.”

Ventilators and ICUs are necessary

Finally, the Honduran physician in the video that we have mentioned at the beginning of this article believes that perhaps investing in ventilators and intensive care units is not necessary. Sergio Harari, director of the Pneumology Operating Unit at the San Giuseppe Hospital of Milan, addressed this question in an interview in the Italian newspaper Corriere della sera.

According to the specialist, while some patients develop thromboembolic events, “the majority of deaths are due to interstitial pneumonia and respiratory insufficiency.” He also adds, “To say that there is no need to intubate patients is entirely out of place.”

Pepe Alcamí, virologist and immunologist at the Carlos III Health Institute, also made a similar point in his response to Maldita Ciencia. In his view, to claim that “we are tackling the disease wrongly is senseless.”

Alcamí reminds readers that ventilators save lives and explains that many intubated patients—more than half—survive, when they would have died if they had been left without intubation: “To say that mechanical ventilation is harmful because patients on assisted ventilation sometimes die is like saying that a hospital is as dangerous as a criminal neighbourhood because more people die in it as compared to elsewhere.”

Fact-checkers such as Full Fact, PolitiFact and TheJournal.ie’s FactCheck also examined the same claim. Full Fact stated that “It is incorrect to say that Covid-19 patients have been misdiagnosed with pneumonia when they have disseminated intravascular coagulation. Severe Covid-19 can cause pneumonia as well as blood clotting problems.” PolitFact found the claim to be “false and ridiculous”, while TheJournal.ie’s FactCheck explained that “it would be wrong to suggest that treatments for thrombosis alone can help cure Covid-19. A lot is still not known about the virus and there are so far no treatments or antivirals that have been widely recognised as effective against Covid-19.”