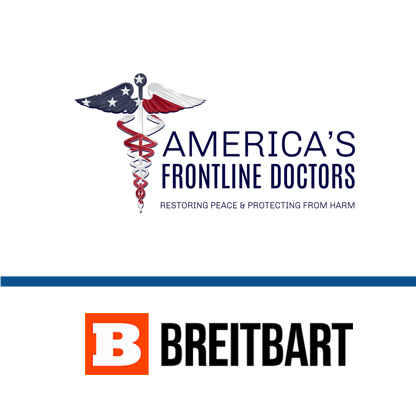 CLAIM
“You don’t need masks, there is a cure [for COVID-19] ... It is called hydroxychloroquine, zinc, and Zithromax”
VERDICT more about the rating framework

DETAILS
Unsupported: Hydroxychloroquine, either alone or in combination with zinc or azithromycin, has shown no curative or preventative effects in patients with COVID-19. The results from early studies were inconsistent, but more recent and extensive clinical trials do not support the use of these drugs for COVID-19.
Incorrect: Growing scientific evidence shows that cloth face coverings and other face masks can effectively limit the transmission of respiratory diseases including COVID-19.
KEY TAKE AWAY

Current scientific evidence does not support the use of hydroxychloroquine to prevent or cure COVID-19. In contrast to some small early studies showing an increased recovery rate among patients treated with hydroxychloroquine, more recent large and well-designed clinical trials showed no such improvement when the drug was used alone or in combination with zinc or azithromycin. In the absence of a proven cure for COVID-19, physical distancing, good hand hygiene, and the use of masks are effective measures for reducing the transmission of the disease.

FULL CLAIM: “[COVID-19] has a cure. It is called hydroxychloroquine, zinc, and Zithromax” ... “I know you people want to talk about a mask. Hello? You don’t need [a] mask. There is a cure. I know they don’t want to open schools. No, you don’t need people to be locked down. There is prevention and there is a cure”

This claim first appeared in a 27 July 2020 live stream video (transcript archived here) published by Breitbart News. The video features a group of physicians, self-identified as members of America’s Frontline Doctors, who advocate against the use of face masks, physical distancing measures, and business closures during the COVID-19 pandemic because they claim that a cure in the form of the drug hydroxychloroquine (HCQ) is already available. The video immediately went viral on Facebook, Twitter, and YouTube before all three platforms removed it for promoting harmful misinformation. However, multiple versions continue to circulate widely on social media.

Most versions of the video feature Stella Immanuel, a physician in private practice in Houston, Texas, who claims that COVID-19 can be cured with “hydroxychloroquine, zinc, and Zithromax” and that more than 350 patients who she treated with this drug combination all survived. Immanuel also states that “you don’t need masks […] you don’t need people to be locked down”, and calls the studies questioning the effectiveness of hydroxychloroquine “fake science”.

These claims are, at best, unsupported. Growing scientific evidence shows no beneficial effect of HCQ treatment in COVID-19 patients and supports the use of face masks for reducing COVID-19 transmission, as previously explained by Health Feedback. The use of HCQ to prevent or treat COVID-19 has generated much scientific and political controversy, especially after several U.S. politicians openly promoted its use.

HCQ and chloroquine phosphate (CQ), the chemical from which HCQ derives, have shown effectiveness in treating other diseases. CQ has been used as a malaria treatment for more than 50 years and HCQ, a less toxic metabolite of CQ, is also used to treat lupus and rheumatoid arthritis. Both CQ and HCQ have also shown antiviral activity in cell cultures and animals against the human immunodeficiency virus (HIV), the hepatitis A and C viruses, the influenza A H5N1 virus, and Zika1. However, CQ can also trigger replication of other viruses such as the Epstein-Barr virus, and its efficacy in treating viral infections in humans has not been confirmed2.

In March 2020, two small studies showed that HCQ reduced the SARS-CoV-2 viral load in cell culture and in COVID-19 patients when combined with the antibiotic azithromycin (the generic name for Zithromax), suggesting that HCQ could be beneficial for treating COVID-193,4. Based on these two initial studies, the U.S. Food and Drug Administration (FDA) authorized the emergency use of HCQ in hospitalized COVID-19 patients in April 2020, and hundreds of clinical trials were launched worldwide. However, small sample sizes and flawed study design resulted in insufficient or conflicting results, along with several retractions.

Although early observational studies reported no beneficial effects of HCQ, alone or in combination with azithromycin, for either treating or preventing COVID-195,6, large-scale, randomized, controlled clinical trials were still lacking. That was until the University of Oxford launched its U.K. Recovery Trial. But when preliminary data showed that HCQ was not useful for treating COVID-19 patients, the researchers decided to stop enrolling participants in this arm of the Recovery Trial. The U.S. National Institutes of Health (NIH) and the World Health Organization (WHO) followed suit after observing no reduction in the mortality rate among COVID-19 patients treated with HCQ in their respective clinical trials. The FDA then revoked its Emergency Use Authorization of HCQ on 15 June 2020.

More recent and extensive clinical trials also do not support the use of HCQ as an effective treatment in COVID-19 patients. A randomized controlled study published in The New England Journal of Medicine found that neither HCQ alone or in combination with azithromycin improved the clinical status of COVID-19 patients after 15 days. Furthermore, HCQ-treated patients experienced unusual heart rhythms and elevated liver enzyme levels more frequently than patients given standard treatment7. In parallel, another study published in Nature reported that HCQ with or without azithromycin did not reduce the viral load levels in cell cultures or in macaques, nor did it confer pre-exposure protection against the infection in macaques8.

One retrospective study published in the International Journal of Infectious Diseases did show that treatment with HCQ with or without azithromycin halved mortality among hospitalized COVID-19 patients9. However, an editorial in the same journal questioned the findings due to numerous confounding factors, including a higher dose of steroids given to HCQ-treated patients. The steroids, specifically a class called glucocorticoids, have shown effectiveness in reducing COVID-19 mortality, probably by reducing lung inflammation caused by the virus10.

Although HCQ did not demonstrate efficacy in treating infected patients, researchers continued to study the drug in hopes that it could prevent infection (prophylaxis) in people with a high risk of exposure, such as healthcare workers. Two large studies conducted in Minnesota and Barcelona found no protective effect of HCQ in people who had been previously exposed to the virus (post-exposure prophylaxis or PEP)11,12. Clinical trials designed to evaluate the efficacy of HCQ as pre-exposure prophylaxis (PrEP) are ongoing.

According to Immanuel’s testimony, “the study that made me start using hydroxychloroquine was a study that they did under the NIH in 2005 that says it works”. As explained in this review by Health Feedback, the cited study was funded by the Canadian Institutes of Health Research, which has no relation to the NIH, and it was not conducted on the virus that causes COVID-19. Instead, the study examined the effects of chloroquine on SARS-CoV-1, the virus that causes SARS, finding that it reduced infection in cell cultures13. These results do not provide sufficient evidence to support Immanuel’s claim that HCQ is effective in humans or for SARS-CoV-2.

Immanuel has not published the results she shares in the video and therefore has no preprint or peer-reviewed study to support her claim. When someone off-camera in the video asked her about the existence of supporting data, she replied that “data will come out”, adding that “right now people are dying. So my data is not important”. This practice of publicizing scientific results by press conference is commonly used to promote questionable findings that are unlikely to receive approval from the scientific community. Immanuel has repeatedly supported the use of hydroxychloroquine to treat and prevent COVID-19 on social media despite the lack of supporting scientific evidence. She is also co-founder of the Fire Power Ministries outlet, where she has posted questionable medical claims, including that certain illnesses are caused by demons.

Another speaker in the video is California pediatrician Robert C. Hamilton. He advocates for school reopening, claiming that “children are not the drivers of this pandemic” and that “they’re not passing it on to their parents, they’re not passing it on to their teachers”. While it is true that most children have mild symptoms, the CDC has reported 23 deaths in children under the age of five. Also, increasing COVID-19 testing confirms that children can become infected by the virus and pass it on to others. A robust study published by the Korea Centers for Disease Control and Prevention demonstrates that children older than ten can spread COVID-19 as effectively as adults. Younger children could also spread the disease, although at a much lower rate14. The NIH has funded a study to better assess the impact of COVID-19 in children, which is still ongoing.

The other doctors appearing in the video have previously spread COVID-19 misinformation. Dan Erickson is one of the two Bakersfield doctors featured in a viral and now-removed video which downplayed the lethality of COVID-19. The American College of Emergency Physicians and the American Academy of Emergency Medicine released a joint statement condemning the video for presenting “biased, non-peer reviewed data” and for advancing the doctors’ “personal financial interests without regard for the public’s health”. The organization stated that “these reckless and untested musings do not speak for medical societies and are inconsistent with current science and epidemiology regarding COVID-19”.

The ophthalmologist James Todaro co-authored an article promoting the use of HCQ to treat COVID-19. The article states that its findings were produced in consultation with Stanford University and the National Academy of Sciences, however, both institutions denied any relation with the authors or participation in the document. Todaro is also the founder of the website Medicine Uncensored, which encourages the use of HCQ for treating COVID-19 and propagates misleading information about the pandemic.

Finally, Joseph Ladapo, a professor of medicine at the Ronald Reagan Medical Center at the University of California Los Angeles, is the author of a controversial opinion article published in USA Today which minimized the impact of COVID-19.

America’s Frontline Doctors is led by the emergency medicine physician Simone Gold, although her website does not specify whether and where she practices. The group’s website, which is no longer online, was created on 16 July 2020. Media Bias Fact Check, a comprehensive media bias resource, rates the site “low” for its lack of transparency and for using pseudoscience sources to draw their conclusions. There is no evidence that any of the doctors listed in the group or appearing in the video work in hospitals with a significant number of COVID-19 cases. On 28 July, the group complained of alleged censorship by releasing a second live stream video in which the Tea Party Patriots co-founder Jenny Beth Martin introduced the speeches.

In summary, Immanuel’s claim that HCQ can cure COVID-19 patients is unsupported by current scientific evidence. The results from recent and well-controlled studies show that HCQ, either alone or in combination with zinc or azithromycin, is likewise not an effective preventative or treatment. According to the WHO:

“While several drug trials are ongoing, there is currently no proof that hydroxychloroquine or any other drug can cure or prevent COVID-19. The misuse of HCQ can cause serious side effects and illness and even lead to death”.

Clinical trials to evaluate HCQ as a potential preventative in high-risk populations are ongoing. Until we have an effective treatment, cure, or prevention for COVID-19, physical distancing, hand hygiene, and the use of face masks can reduce the spread of the disease.