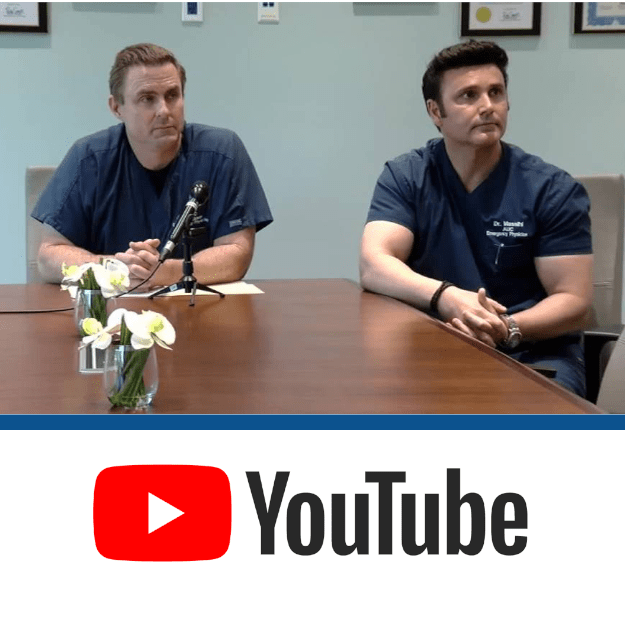 CLAIM
You have a 0.03[%] chance of dying from [COVID-19] in the state of California. [...] it’s similar to the flu.
VERDICT more about the rating framework

DETAILS
Misleading: The doctors extrapolated the number of infections in the general population from the number of COVID-19 positive cases detected in emergency room patients, thereby overestimating infection numbers. This led them to underestimate COVID-19 mortality.
Inaccurate: Sheltering in place would not limit microbial exposure to the extent of causing a weaker immune system as claimed. Both the air and even home environments contain trillions of microbes. Additionally, sheltering in place does not necessarily limit exposure to the natural environment.
KEY TAKE AWAY

The doctors wrongly used the number of COVID-19 positive cases in ER patients to extrapolate the prevalence rate of COVID-19 in the population. This caused sampling bias that overestimates the number of infections in the general population and consequently underestimates the COVID-19 mortality rate. Their claim that sheltering in place would lead to a weaker immune system due to less contact with microorganisms is also inaccurate, as even home environments are already seeded with trillions of microbes.

FULL CLAIM: You have a 0.03[%] chance of dying from [COVID-19] in the state of California. [...] it’s similar to the flu. [...] Sheltering in place decreases your immune system. And then as we all come out of shelter in place with a lower immune system and start trading viruses, bacteria—what do you think is going to happen? Disease is going to spike.

This 22 April video interview given by physicians Daniel Erickson and Artin Massihi was first published on YouTube and went viral, garnering more than 4 million views, with prominent figures such as Elon Musk and outlets like Fox News assisting its spread. The original video has since been removed from YouTube for violating the platform’s community standards. However, the full-length video, as well as shorter clips, still continue to circulate on other social media platforms such as Facebook, and have received more than a million views.

Several scientists and physicians have criticized the statistical analysis that Erickson and Massihi presented for using a non-random sample of the population, pointing out that patients who present at emergency rooms for COVID-19 testing already suspect that they are ill. This means that the test-positive rate is likely higher among these patients than it would be among the general population. As Carl Bergstrom, professor of biology at the University of Washington explained on Twitter:

“The problem with this approach is that during a pandemic, the people who come into an urgent care clinic are not a random sample of the population.

A large fraction of them are coming in precisely because they suspect that they have the disease.

The infection fatality rate, which includes both confirmed and undetected cases, for COVID-19 has been estimated to be about 0.66%, based on a research study published in The Lancet Infectious Diseases[1], which is about 20 times Erickson’s estimate. As we can see by comparing these values, Erickson’s analysis greatly underestimates the infection mortality rate of COVID-19.

Scientists and physicians have presented several analogies to highlight the fundamental problem with Erickson’s analysis:

“Estimating that fraction infected from patients at an urgent care facility is a bit like estimating the average height of Americans from the players on an NBA court.

It’s not a random sample, and it gives a highly biased estimate.“

“Walk around an ER on a Friday night. If 4 out of 50 patients had broken legs, and another 10 had heart attacks, you can’t assume 8% of the city fell off a ladder when drunk that night and a full quarter were clutching their chest in an armchair as we speak. In epidemiology terms, that’s selection bias—bias introduced by a non-random sample.“

“This kind of thought process would be like I run an emergency room and tonight 10% of the people have a stroke. Then I extrapolate that to mean that 10% of the world is having a stroke tonight. That’s obviously ludicrous. The sample of people coming to the ER is not representative of the entire population.“

Another scientific claim made by the duo is that sheltering in place would lead to a weakening of the immune system, because this would limit exposure to “normal bacteria and normal flora”. While it is correct that healthy development of the immune system requires exposure to microorganisms like bacteria, fungi, and viruses, sheltering in place would not minimize exposure to microorganisms to the extent of causing immune dysfunction.

As Steve Lee, associate professor at Loma Linda University’s School of Medicine, explained in a Facebook post, “Unless you live inside a bubble, your home and your yard have TRILLIONS of pathogens. No amount of lysol and handwashing is going to remove pathogens that you breathe in and touch all the time. Your own mouth has billions of microbes. Your skin is teeming with microbes. Fungal spores and viruses in the air.”

Jennifer Kasten, assistant professor of pathology and cardiology at the University of Cincinnati, also refuted this claim in a Facebook post. “Unless you live inside an autoclave, your home is plenty pathogen-rich,” she wrote. “The world is absolutely teeming with microbes. You’re coated in them, your house is coated in them, they enter your body with every breath you take and everything you eat. Your immune system is getting a perfectly adequate workout. You’re just restricting your exposure to a handful of things (respiratory pathogens) for a very short period of time.”

Erickson and Massihi do make a few cogent points in the video, specifically concerns that people might wait too long to seek medical care out of fear of contracting COVID-19, which could lead to adverse health outcomes. In addition, they mention the economic and psychological impacts of sheltering in place. However, their use of biased data and poor statistics to claim that COVID-19 is similar to the flu and therefore of little concern makes the video’s main message inaccurate and misleading. These claims may cause individuals to fail to take proper measures to protect themselves and others from infection, undermining public health efforts to curb the spread of COVID-19.

On 27 April 2020, the American College of Emergency Physicians and the American Academy of Emergency Medicine released a joint statement condemning both physicians, calling their statements “reckless and untested musings […] inconsistent with current science and epidemiology regarding COVID-19”:

“As owners of local urgent care clinics, it appears these two individuals are releasing biased, non-peer reviewed data to advance their personal financial interests without regard for the public’s health.”

Raywat Deonandan, epidemiologist and associate professor at the University of Ottawa, also debunked the duo’s claims in this blog post.