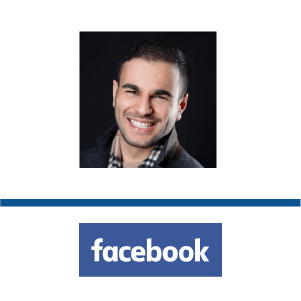 DETAILS
Overstates the scientific impact of a finding: A headline of a video posted on Facebook claims that a mouth spray containing the enzyme trypsin deactivates coronaviruses in the oral cavity, later referring to SARS-CoV-2 in the video. However, although the manufacturer reported efficacy in deactivating the virus in vitro, it has not been tested in humans.
KEY TAKE AWAY

Some studies suggest that trypsin-containing solutions may speed wound healing and can deactivate certain viruses in vitro, but only a few clinical studies have tested such solutions in humans. These studies demonstrate mild improvement of common cold symptoms caused by different coronaviruses. However, the mechanism of action of the sprays is still unclear and no in vivo data is available to support the hypothesis that trypsin-based sprays might also work against SARS-CoV-2 as implied in the video.

FULL CLAIM: “New oral spray ‘deactivates 98% of the coronavirus’ in the mouth.” “Previous studies have shown that the mouth spray’s effect is believed to be partly due to the ability of trypsin to sever proteins on the surface of the virus.”

A video posted on Facebook on 20 July 2020 reports the contents of a press release issued the same day by life sciences company Enzymatica claiming that its oral spray deactivated 98.3% of SARS-CoV-2 in vitro within 20 minutes. However, the headline accompanying the video falsely suggests that the product was also tested and found effective when used “in the mouth”. The post has received more than 600,000 views on Facebook.

The oral spray product, called ColdZyme, is a solution containing primarily glycerol and the proteolytic (“protein cutting”) enzyme trypsin harvested from Atlantic cod. Atlantic cod trypsin is different from trypsins found in other animals in that it is highly stable at cold temperatures and is better at digesting large proteins into smaller pieces[1]. A peer-reviewed study published in BioMed Research International reported that a solution of Atlantic cod trypsin has already been shown to limit the infection of monkey cells grown in culture by several viruses including the influenza virus, the herpes simplex virus 1, and the respiratory syncytial virus[2]. The video describes a possible scenario in which the enhanced proteolytic activity of the Atlantic cod trypsin might enable it to damage essential proteins located on the surface of viruses, thereby hindering their ability to bind to and infect their target cells.

To assess the spray’s efficiency in deactivating SARS-CoV-2, the virus that causes COVID-19, Enzymatica contracted an independent laboratory which used a standardized testing procedure referred to as ASTM E1052-20. The procedure was developed by the not-for-profit organization ASTM international and assesses the activity of microbicides against viruses in suspension. Firstly, a predetermined amount of liquid virus suspension is mixed with the test product at different concentrations and allowed to sit for a chosen amount of time. Afterwards, the mixtures of virus and test product are added to an in vitro culture of animal cells known to be susceptible to the virus. The ability of the virus to kill these cells (cytotoxic activity) is then assessed.

If the test product deactivates the virus, one should expect to see a decrease in cell infection and cell death in a manner proportional to the concentration of the product used. According to Enzymatica’s press release, which did not specify the type of animal cell line used, the test indeed revealed a deactivation of 98.3% of the SARS-CoV-2 particles within 20 minutes. Unfortunately, it is not possible to confirm these results as they have not been published. A previous study indicated a similar in vitro effect of the product against four different cold viruses. This, together with the fact that the Atlantic cod trypsin has already demonstrated germicidal activity against other viruses in peer-reviewed publications, suggests that the oral spray may indeed deactivate some viruses in vitro[2].

However, a more important consideration is whether this oral spray deactivates the virus in vivo, in the mouth. The differences between an in vitro test such as ASTM E1052-20 and an in vivo environment like the oral cavity are immense. For one, the cells used in lab culture experiments of viral infection are often not only non-human but also act very differently from cells in the body environment. A common cell line used for in vitro SARS-CoV-2 infection tests is the Vero cell line[3], which originates from the green monkey and also bears genetic mutations which prolong their lifespan in cell culture[4]. The environment itself differs greatly: the molecular composition is different and so are the geometry and stiffness of the underlying surface where the cells grow. The presence and interaction with other cell types add one more layer of complexity.

In addition, the chemical composition of saliva is also different from the liquid medium used in the in vitro test. The constant production of saliva would also dilute the oral spray, making it extremely difficult to identify the final concentration of trypsin used in the oral environment. Finally, the in vitro test was carried out starting with a fixed number of viral particles. In contrast, the infected oral cavity would constantly shed new viruses. It is thus difficult to predict how long the spray would remain effective when faced with a continuous flood of new viral particles.

Clinical studies examining the effectiveness of ColdZyme against cold viruses may provide a possible clue as to whether the spray could be effective against SARS-CoV-2 in the oral cavity. One study reported that elderly care personnel using the oral spray took fewer sick days off, suggesting that it may reduce common cold infections. Another study found that athletes using Coldzyme reported a similar number of illnesses compared to a control group, but their symptoms lasted fewer days[5].

However, these studies provide limited insight owing to their design. This is mainly because these studies were open label and not blinded, meaning that the test subjects knew that they were using the oral spray. The clinical outcomes were also based on self-reports, rather than biological data, such as medical examinations and viral load. These elements make the findings highly prone to bias from the placebo effect.

A more strongly-designed study would be a randomized, placebo-controlled double-blind clinical trial in which neither the investigator nor the patients know whether they received the oral spray or a placebo control. We found one such study on a small number of patients in which patients who used the oral spray showed reduced viral load and a shortened duration of symptoms[6], suggesting that the spray is effective against certain types of viruses in vivo. However, the publisher of this study has a track record of publishing junk science and therefore it would be premature to accept these findings without having other studies to back it up—and currently there are none. Indeed, another double-blind clinical trial on a much larger cohort of patients failed to find that Coldzyme attenuated common cold symptoms. Given these mixed results, it is still possible that the oral spray might deactivate some viruses in the oral cavity, but there is no strong indication that it would work against SARS-CoV-2, so more research is needed.

Another area of needed research is determining the mechanism of action of the spray against infectious viruses like SARS-CoV-2. The video states that the spray’s virus-deactivating effects may rely on the presence of Atlantic cod trypsin. However, some studies have reported that trypsin or trypsin-like enzymes can have an opposite effect—triggering SARS-CoV-2 infection by cleaving and activating some of its surface proteins[7]. To become active, the surface protein called “spike”, needs to be cleaved by host enzymes such as furin or human airway trypsin-like enzymes.

Studies have reported that the external addition of trypsin may enhance the activity of the spike protein of SARS-CoV-2[8,9]. Human airway trypsin-like enzymes can also activate the SARS-CoV-1 virus, which was responsible for the SARS epidemic of 2003-2005, by cleaving its spike protein[10]. Another study suggests that adding trypsin from an external source could potentially allow bat coronaviruses to jump the species barrier and infect human cells. It is believed that trypsin forces the cleavage of the spike protein of those bat viruses, which are otherwise resistant to the type of activating enzymes produced by human cells[11].

These findings do not invalidate the possibility that ColdZyme may deactivate SARS-CoV-2 in vivo, as claimed in the video’s title. However, they provide grounds for concern that the spray may have the opposite effect, and they highlight the importance of conducting more in vivo tests before drawing conclusions about the health benefits of the spray.

In the field of therapeutics, scientists commonly observe encouraging results at the in vitro stage that do not live up to expectations when a therapy is translated to in vivo testing. Indeed, an in vivo environment contains more complex structures and cellular activities that are absent from an in vitro context that may interfere with the intended effect of a therapy. As a result, readers must be careful not to use in vitro results to make inferences about in vivo conditions. Claims about in vivo effects should always be supported by in vivo experiments.