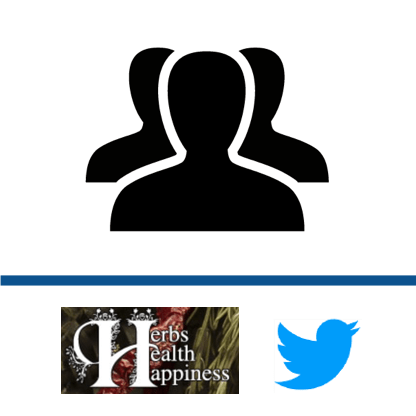 DETAILS
Factually inaccurate: The Harvard study didn’t confirm that fluoride reduces children’s IQ. The study established correlations between fluoride levels and children’s IQ, but it didn’t demonstrate that fluoride caused the observed differences in IQ scores.
Inadequate support: There is currently no evidence indicating that the levels of fluoride used in community water programs cause cognitive or other serious health problems.
KEY TAKE AWAY

Fluoride is an element that has been shown to strengthen the tooth enamel. Fluoride occurs naturally in water but in amounts that are generally too low to provide health benefits. Many countries, including the U.S., add fluoride to tap water as a public health measure to reduce tooth decay in the population. While very high levels of fluoride can be toxic to humans, the concentrations used in community water fluoridation are much lower and haven’t been associated with harmful effects on health.

Tooth decay is one of the most common preventable childhood diseases. A 2018 report from the U.S. National Center for Health Statistics estimated that in 2015 and 2016, tooth decay affected 45.8% of the U.S. population, including 21.4% of the children aged two to five and 50.5% of those aged six to eleven.

Fluoride has been shown to prevent tooth decay by strengthening tooth enamel. While this element is naturally present in food and water, the amounts are generally too small to provide health benefits. For this reason, many countries, including the U.S., add fluoride to community drinking water as a public health measure for reducing cavities in the population. In 2013, the U.S. Centers for Disease Control and Prevention (CDC) recognized community water fluoridation as one of ten great public health achievements of the 20th century.

In late September 2022, a Facebook post by the outlet Herbs, Health, and Happiness and multiple tweets (see examples here and here) claimed that a Harvard study confirmed that fluoride in water reduces children’s intelligence quotient (IQ). As we will explain below, this claim is inaccurate because the cited study didn’t demonstrate that fluoride was the cause of the observed differences in IQ scores. This review will also analyze current scientific evidence on the safety and efficacy of water fluoridation.

What did the “Harvard study” show?

Posts claiming that water fluoridation reduces children’s IQ often cite a 2012 meta-analysis published in Environmental Health Perspectives and co-authored by four researchers, the first one affiliated with the Harvard School of Public Health[1]. The authors analyzed 27 epidemiological studies correlating fluoride levels in different areas and the IQ of children living in those areas, concluding that “children in high-fluoride areas had significantly lower IQ scores than those who lived in low-fluoride areas”.

But contrary to what the posts claimed, the analysis only showed that fluoride levels correlated with lower IQ scores; it didn’t demonstrate that fluoride caused the observed differences, as Health Feedback explained in a 2019 review. The authors of the analysis also explained that “each of the articles [we] reviewed has deficiencies, in some cases rather serious ones, that limit the conclusions that can be drawn.”

Brittany Seymour, an assistant professor in oral health policy and epidemiology at Harvard School of Dental Medicine, pointed out some of these limitations in a short video published by the Harvard School of Dental Medicine in 2015. The National Health and Medical Research Council of Australia (NHMRC) also cited the same limitations in a 2016 Evidence Evaluation of the effects of water fluoridation on human health.

First, most of the studies analyzed were from China. As the authors of the analysis acknowledged, many regions in China have naturally “high fluoride concentrations that are substantially above 1 mg/L”. This means that the results from these studies can’t be generalized to the U.S., where the Public Health Service recommends a fluoride concentration of 0.7 mg/L (milligrams per liter) in community drinking water.

Second, the NHMRC noted that many of these studies “did not measure potential confounders, such as exposure to lead or arsenic, iodine deficiency, socioeconomic status, parental education, or nutritional status” that might also affect IQ. Confounding factors are variables other than the ones being studied that also affect the measured outcome. Such factors can mask a relationship between the variable and the outcome, or falsely suggest a relationship between both when there is actually no association. Thus, failing to account for confounding factors that can affect children’s IQ can lead to erroneous conclusions about the potential role of fluoride in the observed differences in IQ scores.

Based on these limitations, the NHMRC concluded that “Overall, this is not convincing or robust evidence of an association between fluoride in drinking water and a reduction in children’s IQ”.

A more recent prospective study conducted by Broadbent et al. in New Zealand found no differences in the IQ of children living in areas with and without fluoridated tap water[2]. The design of this study makes its results much more reliable than those from the meta-analysis. For example, while the studies included in the meta-analysis assessed IQ scores in children using eight different IQ tests at a single point in time, Broadbent et al. used a consistent IQ test for all the individuals who participated in the study and measured IQ multiple times during a follow-up of 38 years. This study also took into account several potential confounding factors, including sex, socioeconomic status, breastfeeding, birth weight, and education.

Is water fluoridation associated with any negative health effects?

Misinformation linking fluoridation of water and dental products with multiple health problems, including hormonal issues, neurological damage, and even cancer, is persistent[3]. Most of these claims are based on misrepresented studies, flawed evidence, and laboratory results that can’t be extrapolated to humans.

For example, laboratory and animal studies showed that fluoride can be potentially toxic at high levels[4-6]. However, the concentrations used in these experiments ranged from seven to more than 170 times higher than those in fluoridated drinking water and are therefore irrelevant to community water fluoridation.

It’s important to remember that any substance, even water, can be toxic in excessive amounts. But as Health Feedback (here, here, and here) and others (here and here) explained, current evidence doesn’t indicate that the amounts of fluoride present in water and dental products, such as toothpaste and mouthwash, are toxic. Evidence summaries from the American Cancer Association and the U.S. National Cancer Institute also show no clear association between fluoride levels and cancer risk.

Health authorities, including the World Health Organization, acknowledge that excessive amounts of fluoride can negatively affect health. But those risks are generally associated with much higher fluoride levels than those added to water. For example, skeletal fluorosis is endemic in world regions with naturally high fluoride levels (more than four mg/L) in water supplies[7]. This condition results from an accumulation of fluoride in the bones and major joints, causing severe pain and stiffness. However, skeletal fluorosis is extremely rare in the U.S., as the U.S. Human Health Service explained in a 2004 response to a request regarding this condition.

One risk that has been associated with excessive fluoride in the U.S. is the development of dental fluorosis, which affects the appearance of tooth enamel. According to the American Dental Association, fluorosis only occurs when the teeth are forming under the gums, generally before the age of eight, and when children consume too much fluoride over long periods. According to the U.S. National Health and Nutrition Examination Survey of 2011 to 2016, the vast majority of fluorosis cases are very mild or mild and don’t affect tooth health.

What is the scientific consensus on water fluoridation?

Multiple studies show that community water fluoridation programs are safe and effective  at preventing tooth decay[2,8-10]. However, much of the evidence is old and of poor quality and we need new high-quality studies to better assess the benefits and risks of fluoridation of water and dental products over time[11].

This need for better quality studies still doesn’t change the fact that fluoride in tap water hasn’t been shown to reduce IQ scores in children or to cause the health problems that fluoridation opponents attribute to it. Based on the observed benefits and the lack of evidence indicating a harmful effect, the International Association for Dental Research, the American Dental Association, the American Public Health Association, and the American Academy of Pediatrics support community water fluoridation as a safe and effective measure for preventing tooth decay.

Current recommendations regarding fluoride levels in tap water aim to guarantee oral health benefits while minimizing the risk of dental fluorosis. Given the increased use of fluoridated dental products in the last years, the U.S. Public Health Service lowered in 2015 its recommended levels of fluoride from a range of 0.7 to 1.2 mg/L to a concentration of 0.7 mg/L[11]. This recommendation isn’t enforceable, and the local jurisdictions can decide whether to fluoridate a water supply.

In addition, the 1974 Safe Drinking Water Act authorized the U.S. Environmental Protection Agency (EPA) to establish minimum standards for fluoride in drinking water. The EPA recommends that fluoride levels not exceed 2.0 mg/L and sets a maximum enforceable amount of 4.0 mg/L.

The claim that a Harvard study showed that water fluoridation reduces children’s IQ is inaccurate. The cited study only established correlations between fluoride levels and children’s IQ scores that, on their own, are insufficient to demonstrate that fluoride causes lower IQ. Likewise, other claims linking water fluoridation with various cognitive, neurological, and hormonal problems also lack scientific evidence to support them. While long-term, high-quality studies are still needed to better understand the effect of fluoride in humans, current evidence indicates that water fluoridation is a safe and effective measure to improve oral health.

This review was updated to correct the authorship of the study on community water fluoridation in New Zealand, conducted by Broadbent et al., not MacPherson et al. as the review originally stated.