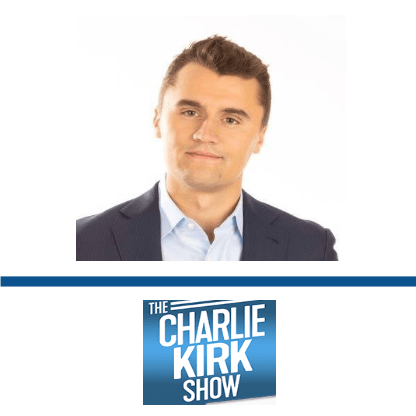 DETAILS
Inaccurate: The video shows an attack on a police van in January 2021 following a detainee’s death in eastern India. The attack wasn’t related to COVID-19 vaccination.
KEY TAKE AWAY

On 1 July 2021, Charlie Kirk, an American radio talk show host, shared a video on Facebook, claiming that it showed residents in an Indian village attacking a COVID-19 vaccine crew. The video carried the title “Vaccine Crew Shows up to an Indian Village and Gets Attacked by Locals”. The video showed a crowd hitting a white van with sticks and later chasing a person down a road.

However, this footage doesn’t show a protest against COVID-19 vaccination, as a detailed fact-check of the same video by Agence France-Presse (AFP) from May 2021 showed. That fact-check showed that the video shared by Kirk had previously been shared in a context related to COVID-19. In that previous iteration, social media users claimed that the video showed residents rebelling against COVID-19 PCR testing.

By comparing the video shared on social media with local media reports, as well as with footage from local news stations posted on Facebook, AFP demonstrated that the filmed attack was unrelated to COVID-19 testing. Instead, this video was filmed when a group of villagers attacked a police van in January 2021 after a detainee’s death in the eastern Indian state of Odisha.

If we compare a screenshot of the video shared by Charlie Kirk (A) with a screenshot of footage shared by local media outlet Times Odia on 13 January 2021 (B) of the attack on a police van, we see that the white van, as well as the houses lining the road and the people depicted in the two videos are identical. 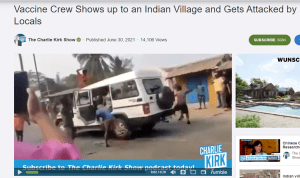 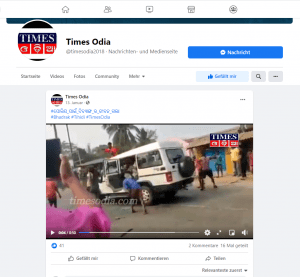 (B) Still from footage shared by news outlet Times Odia on 13 January 2021.

Kirk is not the first person to use unrelated videos to make false claims about attacks against COVID-19 vaccination teams in India. In April 2021, a different video claiming to show violence against COVID-19 vaccination and testing teams in India was shared on the video hosting platform Bitchute. In that video, stones were thrown at people in an Indian village. However, a video analysis by India Today showed that the footage was taken during an incident in which police officers tried to stop a crowded fair, which had violated COVID-19 public health protocols. As with the video shared by Kirk, this other video captured an incident that was unrelated to COVID-19 vaccinations or testing.