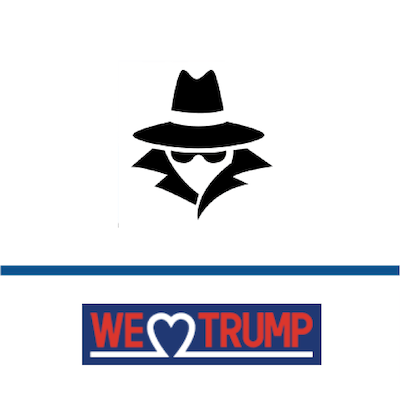 DETAILS
Inaccurate: Of the 257 deaths caused by the Delta variant in the U.K., only 46% had received both doses of the COVID-19 vaccine. Most of the people who died from the Delta variant hadn’t been vaccinated (36%) or had received only one dose of vaccine, which doesn’t offer full protection (18%).
Misleading: COVID-19 deaths occur mainly in people aged 50 or older, who have a higher vaccine coverage (80%) than the rest of the population. Since vaccines don’t offer perfect protection, a few deaths still occur in the vaccinated population, but those who have been fully vaccinated against COVID-19 have a lower chance of death than those unvaccinated in the same age group.
KEY TAKE AWAY

Different variants of the SARS-CoV-2 virus, which causes COVID-19, have emerged since the beginning of the pandemic in 2020. Each variant has specific mutations that make it genetically distinct from other variants and from the precursor (wild-type) virus. Some of these variants may be more contagious[1], cause a disease with more severe illness[2], or reduce the effectiveness of COVID-19 vaccines[3].

One of these variants, first detected in India in December 2020, is the Delta variant or B.1.617.2. The Delta variant has certain mutations that could increase its infectivity and make it more contagious than other variants. The Delta variant is already prevalent in several countries, including the U.K., where it has caused more than 97% of the new COVID-19 cases as of July 2021.

On 10 July 2021, Sky News Australia broadcasted a news segment discussing deaths caused by the Delta variant in the U.K. In that segment, Sky News reported that a total of 257 people had died from the Delta variant. Of these, 92 hadn’t been vaccinated, 47 had received one dose of vaccine, and 118 had received two doses. It also indicated that 231 of the deceased were 50 years or older and 26 deaths occurred in those under 50 years old.

On the same day, a website that appears to be associated with an organization located in the Bahamas, called We Love Trump, shared the video, claiming that it showed vaccinated people were more likely to die from the Delta variant than unvaccinated people. The claim implied that the COVID-19 vaccines weren’t effective against the Delta variant or they might even increase the risk of death. This claim went viral on social media platforms, including Facebook and Instagram (see examples here, here or here).

This review discusses the current figures on deaths caused by the Delta variant in the U.K., and how the vaccination campaign has prevented deaths due to the disease.

The COVID-19 vaccines offer a high level of protection against the Delta variant, but aren’t 100% effective

Clinical trials in the U.K, Israel, and Canada have shown that the COVID-19 vaccines offer high levels of protection against the Delta variant for fully vaccinated people. Data from the U.K. PHE showed an effectiveness in reducing hospitalizations of 96% for the Pfizer-BioNTech vaccine and 92% for the Oxford-AstraZeneca vaccine.

However, a single dose of the Pfizer-BioNTech or the Oxford-AstraZeneca vaccines is less protective against the Delta variant, as noted in a report published by Public Health England (PHE): “After a single dose there was an 14% absolute reduction in vaccine effectiveness against symptomatic disease with Delta compared to Alpha, and a smaller 10% reduction in effectiveness after two doses”. This represents an efficacy of 35% in the reduction of symptomatic cases due to the Delta variant after receiving the first vaccine dose.

Some of the COVID-19 vaccines, including the Pfizer-BioNTech and the Oxford-AstraZeneca vaccines, require two doses to achieve full protection against the disease. For this reason, persons who have not received the second dose of the vaccine are not considered fully vaccinated.

According to data from the U.K., of the 257 deaths caused by the Delta variant, 92 people hadn’t been vaccinated (36%), 47 had received one dose of vaccine (18%) and 118 had received two doses (46%). Therefore, the majority of deaths (54%) were among persons who hadn’t acquired the full protection that is only provided two weeks after completing both doses of the vaccine.

Figure 1. The proportion of infections and deaths resulting from Delta variant infection occurring in people aged 50 and above, classified based on vaccination status (blue: fully vaccinated; red: unvaccinated or not fully vaccinated). Data obtained from Public Health England.

It’s important to keep in mind that no vaccine is 100% effective and the COVID-19 vaccines are no exception. This means that there will still be a small proportion of vaccinated people who develop the disease and among them, some will die.

Muge Cevik, clinical lecturer in infectious diseases and medical virology at the University of St. Andrews, explained the same concept in a Reuters fact-check dealing with a similar claim: “When most people are vaccinated, most infections and deaths are expected to be among those vaccinated”.

Furthermore, the vaccines don’t increase the risk of dying from the Delta variant, but actually reduce COVID-19 deaths. According to estimates from Public Health England, the vaccination campaign in the U.K. prevented between 7.5 and 8.9 million cases of COVID-19 and between 29,000 and 31,800 deaths until 4 July 2021, as well as preventing around 46,300 hospitalizations.

Most of the fatalities caused by the Delta variant in the U.K. were among the population aged 50 or older, which has been vaccinated in higher proportion than the rest of the population

The U.K. initiated its COVID-19 vaccination campaign in December 2020, focusing on different priority groups based on age and the presence of long-term clinical conditions. According to a report on the status of the vaccination campaign, published by PHE on 8 July 2021, almost 80% of the population aged 50 or older has received the second dose of the vaccine, and this figure increases to over 90% for the population aged 65 or older.

On the other hand, the proportion of fully vaccinated persons in the age groups younger than 50 years old is notably lower (see Figure 2). As the risk of dying from COVID-19 correlates with age, the elderly were prioritized for vaccination. In the U.K., 80% of the individuals 50 or older are already fully vaccinated. Therefore, vaccinated people are over-represented among COVID-19 deaths. 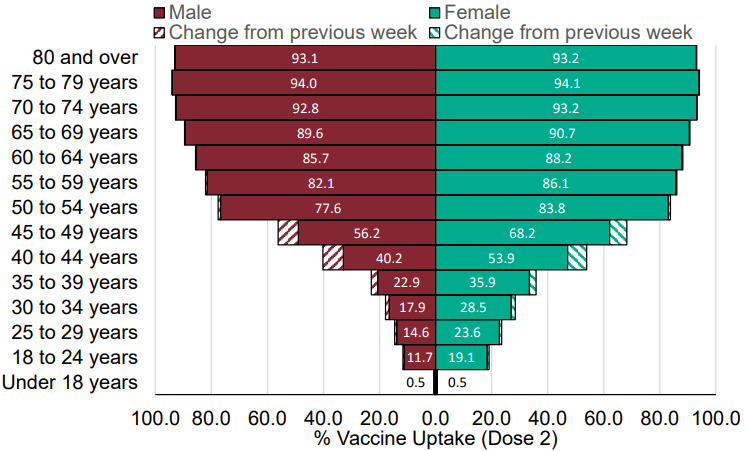 The claim that people are more likely to die from the Delta variant if they have been vaccinated is false, as it ignores the fact that deaths from COVID-19 occur mainly in high-risk groups, which have a higher vaccine coverage than the general population. No vaccine offers perfect protection, meaning that some cases and deaths would still occur in the vaccinated population. But COVID-19 vaccines are highly effective at reducing both the risk of hospitalization and the risk of death from COVID-19, and have prevented tens of thousands of deaths in the U.K. alone, demonstrating that vaccination has greatly improved our situation in contrast to a time when no COVID-19 vaccine was available.