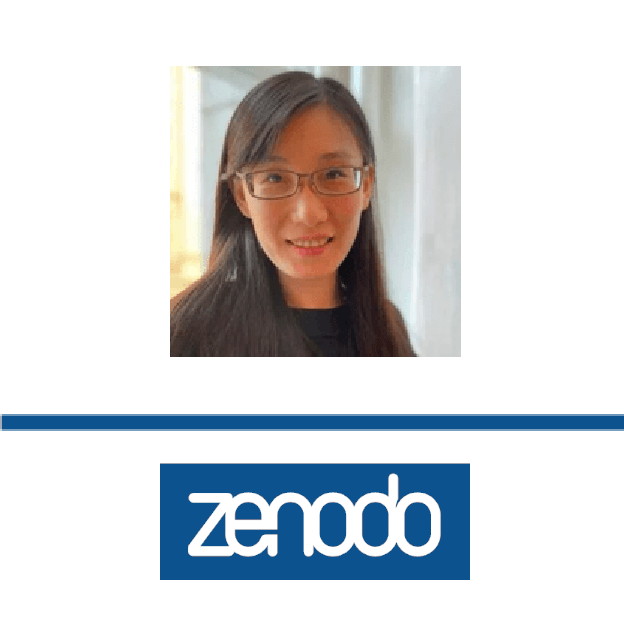 CLAIM
“[G]enetic evidence within the Spike gene of SARS-Cov-2 genome […] does exist and suggest that the SARS-CoV-2 genome should be a product of genetic manipulation”; “The characteristics and pathogenic effects of SARS-CoV-2 are unprecedented”
VERDICT more about the rating framework

DETAILS
Incorrect: The genetic features of SARS-CoV-2 are common in other coronaviruses that occur in nature and have animal reservoirs. Therefore, these features do not prove in any way that the virus was constructed in a laboratory or genetically modified.
Unsupported: The author does not provide evidence to support her claim that the virus causing COVID-19 was created in a lab. The pre-print “cherry-picks” data and overlooks alternative hypotheses about the virus evolving in nature. Contrary to the claim, the most likely scenario is that the SARS-CoV-2 virus was transferred to humans from bats or other animal reservoirs, similar to how other viruses were transferred to humans like the SARS-CoV-1 virus (a coronavirus closely related to SARS-CoV-2) and Ebola.
KEY TAKE AWAY

Although the exact origin of the SARS-CoV-2 virus remains unknown, previous claims that the virus contained artificial elements or that it had been patented were debunked. The virus most likely originated in nature, probably in bats, according to the genetic similarity between SARS-CoV-2 and other animal coronaviruses. Dr. Yan claims to prove that the SARS-COV-2 virus originated in a lab, but a careful analysis of her pre-print actually shows this claim is unsubstantiated.

FULL CLAIM: “[G]enetic evidence within the Spike gene of SARS-Cov-2 genome […] does exist and suggest that the SARS-CoV-2 genome should be a product of genetic manipulation”; “The characteristics and pathogenic effects of SARS-CoV-2 are unprecedented”

On 14 September 2020, the Chinese virologist Li-Meng Yan published a pre-print (an unpublished draft of a science paper) on the website Zenodo claiming to provide evidence that SARS-CoV-2, the virus that causes COVID-19, was created in a laboratory and is not of natural origin. Many outlets promoted the pre-print and Fox News aired an interview with Yan and Tucker Carlson on 16 September 2020. Hundreds of posts shared the unsupported claim, receiving millions of interactions, according to the social media analytics tool CrowdTangle.

This pre-print resurrected the baseless claim that SARS-CoV-2 is man-made, a claim that has been repeated since the beginning of the COVID-19 pandemic and Health Feedback previously covered here, here, here, and here. Yan’s pre-print, which was not peer-reviewed by other experts in the field, claims that some unique characteristics in the SARS-CoV-2 genome prove that the virus is man-made. However, experts disputed Yan’s pre-print for being flawed and containing unsubstantiated claims. Gkikas Magiorkinis, Assistant Professor of Hygiene and Epidemiology and Scientific Coordinator of the National Reference Centre for Retroviruses at the National and Kapodistrian University of Athens, said:

“[C]losely related coronaviruses have been retrieved from animals such as bats and pangolins, which makes the scenario of naturally occurring evolution far more likely than any scenario of laboratory manipulation. In fact, we have [a] clear history of zoonotic origin of lethal coronavirus outbreaks such as SARS-CoV and MERS-CoV. The paper by Li-Meng et al. does not provide any robust evidence of artificial manipulation, no statistical test of alternative hypotheses (natural evolution vs artificial manipulation) and is highly speculative.”

Specifically, Yan focuses on three features of the viral genome to claim that SARS-CoV-2 is man-made. The first feature is an allegedly high similarity between the genetic sequence of SARS-CoV-2 and the previously known bat coronavirus ZC45. According to Yan, this similarity indicates that this bat coronavirus served as a template to construct SARS-CoV-2 in the laboratory. However, the bat coronavirus is “only 89% related to SARS-CoV-2. In virology terms, that is very distant,” said Stanley Perlman, a professor of immunology and microbiology at the University of Iowa, in an explanation to FactCheck.org.

According to Yan, the second genetic feature of SARS-CoV-2 that suggests it is man-made is the spike (S) protein that “resembles that of SARS-CoV-1 from the 2003 epidemic in a suspicious manner.” S protein allows the SARS-CoV-2 virus to bind to and infect animal cells. SARS-CoV-2 lacks a set of key amino acids within the S protein that conferred SARS-CoV-1 its super-affinity for human cells[1,2], however it can bind to human cells with a greater affinity than SARS-CoV-1. If scientists wanted to engineer improved binding for the S protein in SARS-CoV-2, they would most likely use the already-known and efficient amino acid sequences in SARS-CoV-1 instead of engineering a new amino acid sequence. The differences in S protein between the two viruses strongly suggest that the SARS-CoV-2 evolved independently of human intervention and instead resulted from natural evolutionary processes, undermining the claim that the virus was engineered[3].

The third genetic feature highlighted in Yan’s pre-print is the presence of “unique restriction sites” within the S protein of SARS-CoV-2, which she claims “contribute to the increased virulence and pathogenicity of the virus”. Restriction sites are specific recognition sequences in the genome that researchers use to cut and manipulate genes. Experts who reviewed the pre-print consider this evidence to be incorrect, as these restriction sites frequently appear in nature. Virologist and assistant research professor at Rutgers University Jason Kaelber explained in a point-by-point response to Yan’s pre-print in Twitter, that these types of restriction sites easily emerge in nature, as it has been documented for flu[4].

Based on these three genomic features, Yan’s pre-print concludes that SARS-CoV-2 does not derive from natural viral evolution, but from genetic engineering to “eventually become a highly-transmissible, onset-hidden, lethal, sequelae-unclear, and massively disruptive pathogen.” Cat coronaviruses, which are unlikely to be genetically engineered, also cause a wide spectrum of disease outcomes similar to COVID-19 in humans[5]. Angela Rasmussen, a virologist at Columbia University, also discussed these three lines of evidence in a Twitter thread stating that these genetic features also appear in nature and do not prove that the virus was created in a laboratory.

According to an 11 July 2020 statement from the University of Hong Kong (HKU) where Yan worked as a post-doctoral fellow, “Yan never conducted any research on human-to-human transmission of the novel coronavirus at HKU during December 2019 and January 2020”, and “what she might have emphasised in the reported interview has no scientific basis but resembles hearsay.”

In addition to insufficient support for the claim that the virus is man-made, the authors of the pre-print are not affiliated with a research institution, but rather the Rule of Law Society & Rule of Law Foundation, two related organizations with no prior record of scientific publications. The authors do not disclose any potential conflict of interests, even though these entities have connections to the former chief White House strategist Stephen Bannon and the exiled political activist Guo Wengui. Bannon and Wengui published misinformation about COVID-19 in the past.

Scientists and public health authorities repeatedly refuted similar claims about the origin of SARS-CoV-2. On 19 February 2020, 27 eminent public health scientists stated in The Lancet that numerous international studies analyzing the genome of the SARS-CoV-2 virus “overwhelmingly conclude that this coronavirus originated in wildlife as have so many other emerging pathogens.” On 30 April 2020, the U.S. Office of the Director of National Intelligence concurred with the scientific consensus. Indeed, the transmission of pathogens from animals to humans is a common process called zoonosis, which is responsible for about 60% of the emerging infectious diseases globally, according to the World Health Organization.

The pre-print ignores all recent data from coronaviruses in pangolins and bats, which demonstrate that genetically similar coronaviruses occur in nature and have animal reservoirs. A 17 March 2020 study published in Nature Medicine concluded that SARS-CoV-2 likely originated in pangolins or bats and later developed the ability to infect humans[3]. Accordingly, a recent publication in Science Advances suggests that recombination of SARS-CoV-2 with pangolin coronaviruses was possibly a critical step in the evolution of SARS-CoV-2’s ability to infect humans[6]. This process of recombination occurs naturally when two viruses infect simultaneously the same host and exchange pieces of genetic material, resulting in a novel virus with different characteristics to the viruses it comes from.

In summary, the genetic features of SARS-CoV-2 used to support the claim that the virus is man-made are not unique and occur naturally in other coronaviruses. The pre-print does not provide any evidence that the virus has been created in a laboratory setting, and thus the hypothesis that SARS-CoV-2 is man-made remains unsupported by available scientific evidence. Although the possibility of a laboratory leak cannot be completely excluded until the origin of SARS-CoV-2 is precisely determined, evidence from genetic analyses of the virus indicates that it likely originated in bats and later made the jump into humans, probably involving other intermediary animals[7].

Several competing hypotheses have been proposed to explain where the novel coronavirus actually came from. Health Feedback investigated the three most widespread origin stories for the novel coronavirus (engineered, lab leak or natural infection), and examined the evidence for or against each proposed hypothesis in this Insight article.

This article in Medium comprehensively summarizes the scientific flaws in Yan’s arguments. This review by National Geographic provides additional comments from scientists.