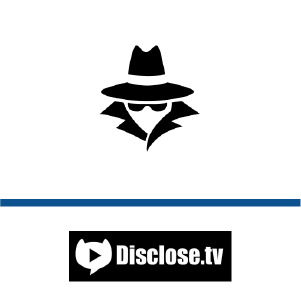 DETAILS
Factually inaccurate: A declaration on 19 July 2021 by the U.K. Chief Scientific Advisor, Sir Patrick Vallance, stated that 60% of hospitalized people for COVID-19 are unvaccinated, not vaccinated.
Lack of context: While Vallance did initially state that 60% of hospitalized patients were vaccinated, he later corrected himself, saying that he was referring to unvaccinated patients instead. Several social media posts failed to correct their content to reflect Vallance’s correction, or persisted in repeating Vallance’s inaccurate statement even after he had corrected it, misleading users into believing that the COVID-19 vaccines are ineffective.
KEY TAKE AWAY

The U.K. saw a new surge of COVID-19 cases in June and July 2021, mostly due to the Delta variant of SARS-CoV-2, which is more contagious than previous variants. However, the COVID-19 vaccines remain efficient against that variant and the majority of people hospitalized for COVID-19 are from the unvaccinated group.

FULL CLAIM: “60% of people being admitted to hospital with COVID-19 in England have had two doses of a coronavirus vaccine, according to the government's chief scientific adviser”

The U.K. was one of the first countries to initiate its nationwide vaccination campaign against COVID-19 on 8 December 2020. As of 22 July 2021, more than 36 million people received two doses and are thus fully vaccinated. This represents 69% of the population above 18.

In spite of the progress in vaccination, the country saw the beginning of a new wave of COVID-19 cases in June 2021, mostly due to the SARS-CoV-2 Delta variant which appears to be more contagious than the original version of the virus.

Some took advantage of this surge in COVID-19 cases to claim that this was evidence that vaccines weren’t efficient or even useless against the disease circulated on the internet. For instance, this post sharing a screenshot of a tweet by Disclose.tv claimed that 60% of the people hospitalized for COVID-19 in the U.K. were fully vaccinated. The tweet, which has since been deleted (archived here), shared a Sky News article (archived here) that reported a statement by Sir Patrick Vallance, the U.K. government’s Chief Scientific Advisor, who had initially given such a figure in a public declaration. Disclose.tv, which is owned by a German company, has been classified as a conspiracy-pseudoscience source according to Media Bias/Fact Check.

However, this claim is inaccurate, as Vallance himself pointed out later on Twitter: “About 60% of hospitalisations from covid are not from double vaccinated people, rather 60% of hospitalisations from covid are currently from unvaccinated people.” [emphasis added] While Sky News did correct its article to reflect Vallance’s correction, not all who shared its article or Vallance’s initial statement corrected their own content, thus misleading some social media users into believing the COVID-19 vaccines are ineffective.

Based on Vallance’s corrected statement, the majority of hospitalizations are actually among unvaccinated people, even though they only represent a minority of the adult population (31%), as of 22 July 2021. This is similar to the situation in the U.S. at the moment, where almost all COVID-19 deaths in the U.S. are from unvaccinated patients, according to an Associated Press analysis of data from the U.S. Centers for Disease Control and Prevention.

These findings indicate that unvaccinated people are more vulnerable to the disease and highlight the protective effect of vaccines. In fact, the U.K. government estimated that vaccination already prevented 30,000 deaths, 46,000 hospitalizations, and more than 8 million cases in a 8 July 2021 report.

The fact that vaccinated people still represent 40% of hospitalizations isn’t surprising and doesn’t indicate a lack of efficiency. Public Health England reports that the Pfizer-BioNTech and the AstraZeneca-Oxford COVID-19 vaccines have 96% and 92% efficiency against hospitalization due to the Delta variant, respectively. This efficiency is high, but there is no vaccine that is 100% effective, therefore a small percentage of vaccinated people might still be ill enough to require hospitalization.