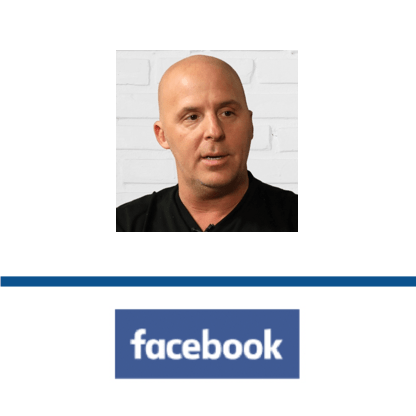 CLAIM
“look at the [vaccination] schedule, we have gotten sicker and sicker”; “the biggest jump in shots came after the 1986 vaccine protection act”
VERDICT more about the rating framework

DETAILS
Unsupported: Multiple large-scale studies found no association between childhood vaccines and poor health or chronic conditions. Scientific evidence shows that childhood immunization schedules are safe.
Misleading: Although some conditions, like obesity, are more prevalent now in the U.S. than they were before, others, such as measles, decreased because of prevention. Overall, the present U.S. population experiences longer life expectancy and higher infant survival than decades ago.
KEY TAKE AWAY

Vaccination is one of the most effective ways to protect individuals and communities from potentially harmful diseases. Overwhelming scientific evidence shows that vaccines and their ingredients are safe. On the whole, evidence indicates that the current U.S. population is healthier than previous generations, with a longer life expectancy and higher infant survival rate. This is due in part to the elimination of vaccine-preventable diseases and the complications associated with these diseases.

FULL CLAIM: “look at the [vaccination] schedule, we have gotten sicker and sicker”; “the biggest jump in shots came after the 1986 vaccine protection act which gave them exemption for responsibility of killing people and destroying the ones they didn’t kill”

The claim that vaccines contain toxic ingredients and make people sick is recurrent among groups opposing vaccination. An iteration of this claim in a Facebook post from chiropractor Patrick Flynn went viral on Facebook in early April 2021, implying that the number of childhood vaccines is making the U.S. population “sicker and sicker”. The post received more than 2,800 interactions on the platform, according to the social media analytics tool CrowdTangle.

Vaccines provide protection against diseases for the vaccinated individual and for those who cannot receive vaccinations, including newborns and individuals with chronic illnesses. Considering that preventing infectious diseases substantially improves the overall health of a population, the claim that the current U.S. population is sicker than previous ones is highly misleading. According to the 2019 CDC annual report on trends in health statistics, the U.S. population now has a longer life expectancy and higher infant survival rate than decades ago (see Figures 1 and 2 below). The proportion of children under 18 in fair or poor health also fell from 2.6% in 1991 to 1.7% in 2018, based on household self-reporting. The proportion of children suffering from health problems such as asthma, hay fever, or recurrent ear infections, also decreased from 1997 to 2018. 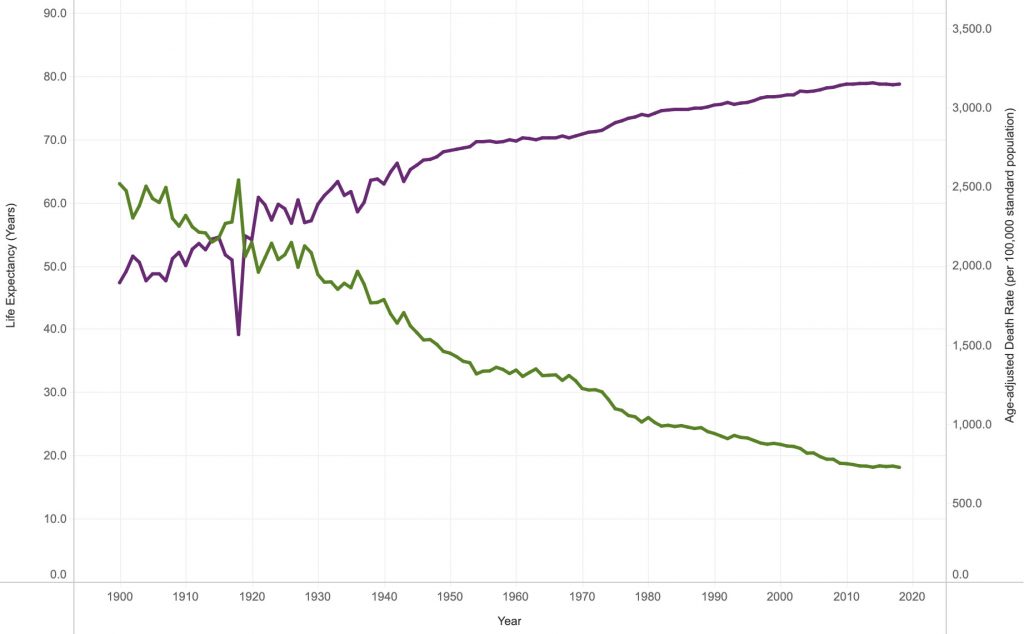 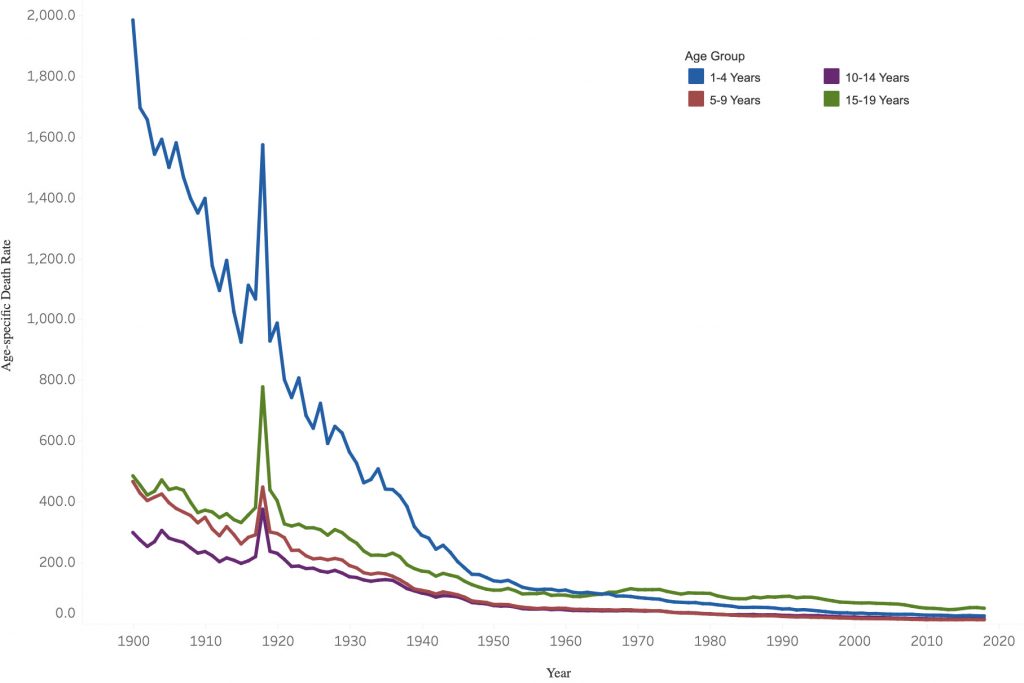 On the other hand, it is true that some medical conditions are more frequently reported now as compared to previous decades, including obesity and type 2 diabetes, attention-deficit/hyperactivity disorder, autism, and food and skin allergies. Pediatrician Vincent Ianelli wrote an article on Vaxopedia that explained the reasons for this increase. He cited a 2007 commentary by Perrin et al. in the scientific journal JAMA[1]:

Childhood obesity affects about 19% of U.S. children and adolescents, increasing this population’s risk for other conditions like cardiovascular disease, diabetes, cancer, and chronic diseases. While many factors, including genetics and socioeconomic status, can influence obesity rates in a population, vaccines are unlikely among them. Instead, changes in diet and lifestyle appear to be crucial drivers of this increase.

Every year, the U.S. Centers for Disease Control and Prevention (CDC) publishes a recommended immunization schedule following discussion with a group of medical and public health experts from the Advisory Committee on Immunization Practices (ACIP). This proposed schedule must also be approved by the American Academy of Pediatrics and the American Academy of Family Physicians. Annual reviews allow the CDC to keep their recommendations up-to-date by adding new vaccines to the schedule or replacing existing ones with more effective versions.

The current immunization schedule recommends 16 vaccines, some of which require multiple doses at specific ages and times. Because the CDC recommends more vaccines now than in the past decades, some parents raise concerns about the number, frequency, and timing of these immunizations. Contrary to what the post suggested, “the biggest jump in shots” didn’t occur right after the creation of the U.S. National Vaccine Injury Compensation Program in 1986, but about 15 years later due to the advances in vaccine development. From 1963 to 1996, the number of recommended vaccines only increased from four to five. In 1996 the CDC added the vaccine against chickenpox. The rest of the vaccines included in the current immunization schedule were added after 2000.

But as we show below, scientific evidence shows that the current immunization schedule is safe, despite the inclusion of more vaccines, and the schedule isn’t associated with an increased risk of illness among vaccinated individuals, as the post implied.

Before receiving approval by the U.S. Food and Drug Administration (FDA), any new vaccine has to demonstrate its efficacy and safety through several stages of clinical trials. Safety surveillance continues even after vaccine approval through three different monitoring systems managed by the CDC and the FDA. In addition, experts ensure that new vaccines are safe and effective within the context of the existing immunization schedule, as the CDC explains on its website:

“Scientific data show that getting several vaccines at the same time does not cause any chronic health problems. A number of studies have been done to look at the effects of giving various combinations of vaccines, and when every new vaccine is licensed, it has been tested along with the vaccines already recommended for a particular aged child. The recommended vaccines have been shown to be as effective in combination as they are individually.”

Concerns about vaccine safety are commonly related to some vaccine ingredients, such as thimerosal, aluminum, and formaldehyde. Only some vaccines contain these ingredients, which are necessary and safe in the tiny amounts present in vaccines. Even so, public concerns about thimerosal led to removing this compound from most childhood vaccines in the U.S. in 2001. As Health Feedback discussed in previous reviews, multiple large-scale, robust studies found no evidence that vaccines or their ingredients increased the incidence of adverse health outcomes in children, nor conditions such as autism, neurological damage, or autoimmune diseases.

More recently, a 2020 Cochrane Review of 138 studies showed no evidence suggesting that the measles, mumps, and rubella (MMR) vaccine is associated with asthma, bacterial or viral infections, cognitive delay, type 1 diabetes, dermatitis/eczema, and hay fever[3]. Tens of studies showed that vaccines are not associated with autism, as Health Feedback summarized in this Insight article. The Vaccine Education Center at the Children’s Hospital of Philadelphia and the American Academy of Pediatricians also summarized the scientific evidence related to vaccine safety.

In light of the above evidence, it isn’t plausible to associate the recommended immunization schedule with poor health. On the contrary, vaccines are considered one of the ten greatest public health achievements of the 20th century[4]. Widespread immunization eliminated devastating infectious diseases like polio and smallpox from the U.S. and reduced the prevalence of many others, including diphtheria, measles, hepatitis, and varicella[5]. In contrast, low vaccination rates within a community are associated with outbreaks of vaccine-preventable diseases.

In summary, evidence shows that the childhood immunization schedule is safe and doesn’t make people sicker. Reputable studies found no association between vaccines and conditions such as asthma, infections, autoimmune diseases, cognitive delay, autism spectrum disorder, and attention deficit/hyperactive disorder, among others. On the contrary, vaccines helped eliminate and control many life-threatening and disabling infectious diseases, greatly contributing to improvements in the overall health of the U.S. population.

In 2019, FactCheck.org reviewed a similar claim that vaccines are associated with higher rates of childhood chronic diseases.