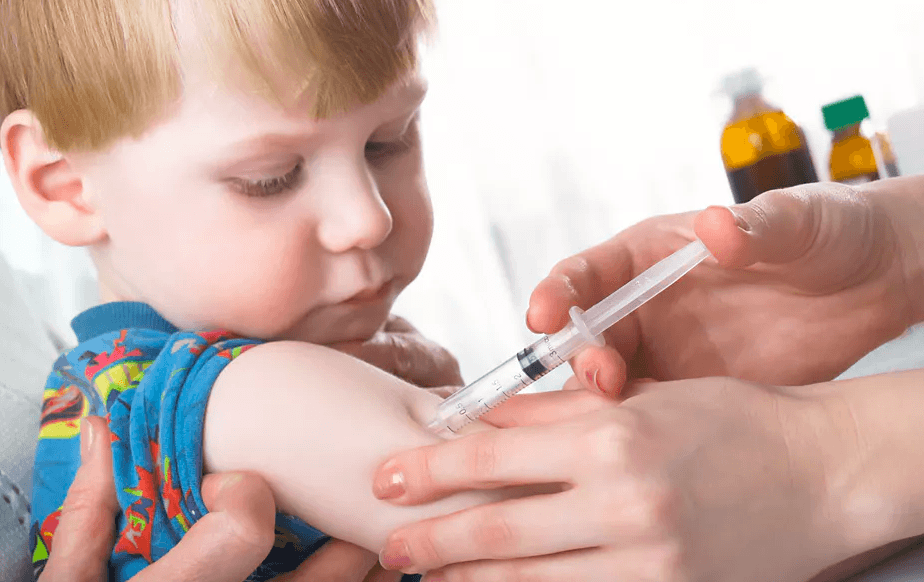 The claim that “vaccines cause autism” first received its scientific backing by Andrew Wakefield’s now-retracted study in The Lancet, published in 1998. The study’s authors examined 12 children, who were reported to have gastrointestinal problems and pervasive developmental disorder. Based on the results of this study, Wakefield claimed to have discovered a link between the measles, mumps and rubella (MMR) vaccine and autism. Although the number of children was too small to provide conclusive evidence, this story received wide and sensational media coverage, which led many parents to avoid vaccinating their children for fear of autism. This also set the stage for the rise of anti-vaccine groups and the fall in vaccine coverage of developed countries.

Investigative reporter Brian Deer later blew the whistle on Wakefield’s study, exposing its numerous flaws that essentially invalidated the study’s claims in a 2004 report in The Sunday Times#. Deer found that in addition to data fabrication and manipulation[1], Wakefield had breached ethical standards by failing to disclose conflicts of interest[2]. Firstly, he’d filed patents for a measles diagnostic assay and an alternative, “safer” measles vaccine. He had also set up a company for the purpose of selling these products, which would stand to gain if the MMR vaccine was discredited. Secondly, he was also a paid advisor for a lawyer building a case against vaccine manufacturers on behalf of parents of children with autism. This lawyer had been seeking evidence to build his case, and Wakefield’s study had, in fact, been provided £55,000 by the legal aid board for this purpose[1].

Deer’s report eventually prompted the British General Medical Council (GMC) to launch an investigation into Wakefield’s study in 2007. In 2010, Wakefield was found guilty of “serious professional misconduct” by the GMC (its final report can be found here), and struck off the medical register. The Lancet retracted the study in 2012.

Despite the fact that Wakefield’s study is flawed, as well as the many studies published afterwards, all showing no association between vaccination and autism[3,4,5,6,7,8], the idea that “vaccines cause autism” is still going strong among the general public. An editorial in the Annals of Internal Medicine has raised the question of whether further studies on the link are warranted[9]:

“In an ideal world, vaccine safety research would be conducted only to evaluate scientifically grounded hypotheses, not in response to the conspiracy du jour. In reality, hypotheses propagated by vaccine skeptics can affect public confidence in vaccines. Therefore, in some cases, investigators continue to add to the evidence base on safety, even after clinical equipoise has been largely resolved. This may be justified if the cost, including the opportunity cost, of these studies is not too high. […] Irrespective of the absolute costs, the opportunity cost of this research should be kept in mind: For example, continuing to evaluate the MMR-autism hypothesis might come at the expense of not pursuing some of the more promising leads.”

Mark Pepys, Professor, Division of Medicine, University College London:
[this comment was first published on Metafact]
There is absolutely no single shred of evidence that vaccination, of any type, causes autism. There is also absolutely no shred of scientific evidence about either vaccination or autism suggesting any possible mechanism that could be responsible for such an association.

The whole story about MMR vaccination and autism was concocted and promulgated fraudulently, as reported in the most comprehensive, in-depth, precisely detailed and documented investigation by Brian Deer, an eminent prize-winning journalist. Unfortunately, the impact was greatly magnified and perpetuated by the egregious conduct of the formerly reputable British medical publication The Lancet, which behaved disgracefully badly in this matter. Also, very sadly, the regrettable conflation of association and causality, led many otherwise well-meaning non-scientific and non-medical people in the general population, to accept the false connection and to promote it. This happened despite the irrefutable fact that the purported association between vaccination and autism did not and does not exist, let alone any causal relationship between them.

Most tragically, the reduction in uptake of MMR vaccination resulting from the Wakefield scandal has directly caused the well-documented sickness, maiming and death of thousands of children from measles[9,10], and continues to do so up to the present. Outbreaks of measles causing severe illness and some deaths continue to occur in the developed world while, catastrophically, in the developing world the lethal consequences of insufficient MMR vaccination are even more severe.

Michael Fitzpatrick, General Practitioner, Barton House Health Centre:
[this comment was first published on Metafact]
MMR does not cause autism.
There are 4 links in the proposed chain of causality by anti-vaccine groups connecting MMR to autism:
Claim 1: “MMR immunisation leads to chronic measles infection (and immune dysfunction)”.
The MMR vaccine contains an ‘attenuated’ strain of the measles virus which has been specially developed to diminish its capacity to cause disease, while conserving its capacity to provoke an antibody reaction that will protect against further exposure to the wild measles virus. (The fact that this is still a live virus – though attenuated – means that MMR has NEVER contained thimerosal or any form of mercury, which would render it inactive.) By contrast with the wild measles virus, the attenuated strain reproduces sluggishly, does not cause disease and provokes a much lower immune response. MMR has never been shown to cause either measles or immune dysfunction.
Claim 2: “‘Autistic enterocolitis’ or ‘new-variant inflammatory bowel disease’ results from measles infection.”
In the 20 years since his (now discredited and withdrawn) Lancet paper suggested that MMR caused bowel inflammation, neither Andrew Wakefield nor any of his supporters has produced evidence that has been accepted as supporting his hypothesis.
Claim 3: “A ‘leaky bowel’ resulting from ‘autistic enterocolitis’ allows toxic opioid peptides to enter the bloodstream.”
Wakefield and his collaborators have also failed to demonstrate the existence of either increased gut permeability or toxic peptides following MMR. Children who suffer from inflammatory bowel disease or immune deficiency states do not have increased rates of autism.
Claim 4: “‘Opioid excess’ causes ‘regressive’ or ‘atypical’ autism.”
Neither the existence of toxic opioids nor the mechanism by which they might cause autism has been substantiated. This theory is inconsistent with the widely accepted contribution of genetic factors to the development of autism. Large-scale epidemiological studies conducted in different countries have failed to reveal any link between MMR and any form of autism.

Anti-vaccine groups have put forward several hypotheses to explain how vaccines could cause autism. One of the vaccine ingredients that they took exception to was thimerosal (called thiomersal in the UK), a mercury-containing preservative used in multi-dose vaccine vials. Such preservatives are used to ensure vaccine sterility, since vaccines contaminated with microbial growth are a danger to health, as the Bundaberg story of 1928 illustrates clearly. Anti-vaccine groups claimed that the mercury from thimerosal caused brain damage which led to autism. No scientific evidence exists to support that claim. Studies examining thimerosal exposure and autism rates have shown that the two factors are not associated with each other[7,8,12]. Even more compelling is the fact that the MMR vaccine never did contain thimerosal.

Eventually, vaccine manufacturers stopped using thimerosal in other childhood vaccines, simply to regain public trust in vaccine safety. A study has found that autism rates have continued to increase even after thimerosal was withdrawn from vaccines, supporting the fact that thimerosal does not cause autism[13].

But after thimerosal was withdrawn from childhood vaccines, anti-vaccine groups took exception to another vaccine ingredient: the aluminium salts that are used as adjuvants. Adjuvants are used to promote a more robust immune response and achieve a better protective effect from the vaccination. It was proposed that aluminium adjuvants activate the immune system in pregnant women who are vaccinated. This immune activation would lead to autoimmune brain damage in their unborn child, thus causing autism. The argument against aluminium was also promoted in a blog article that has been shared more than 180,000 times on social media.

Proponents also suggested that autoimmune brain damage (through the same mechanism) occurs in children after vaccination, leading to autism. A commonly-cited study in favour of this idea was published by 2 former scientists from the University of British Columbia. That study was later retracted upon the discovery that its data had been manipulated and falsified, and that its methodology was flawed, as this Ars Technica article reported.

Apart from the flawed study, the fundamental problem with this hypothesis is that microbial infections – whether with bacteria, viruses or fungi – also result in immune activation. After all, this is part of how the immune system fights off infection. If it is true that simply activating the immune system results in autoimmune brain damage that causes autism, then autism rates in children would be much higher than they are. This is because common microbial infections (such as the cold) also happen to pregnant women and young children (the latter are a group notorious for frequent bouts of illness). In short, the hypothesis that “immune activation by aluminium adjuvants leads to autism-causing brain damage” is clearly unsupported by any evidence.

Anti-vaccine groups have also decried childhood vaccination schedules, in the belief that too many vaccines given in a short amount of time would “overwhelm” a child’s immune system and cause harmful effects. However, a study published in 2013 by DeStefano et al. using data from more than 200 children showed no increased risk of autism from increasing exposure to immune-stimulating agents in vaccines[14]. An assessment of health outcomes from the US childhood vaccination schedule by the Institute of Medicine also found no evidence for concern[15]. Nevertheless, this belief persists, and has led some parents to try to delay and “space out” the administration of different vaccines. As the American Association of Pediatricians has pointed out, children are exposed to far more immune-stimulating particles (also called antigens) on a daily basis than are harboured by all vaccines in the schedule. Spacing out vaccines only results in delayed protection, and a greater chance of contracting a vaccine-preventable disease and its complications.

Despite the complete lack of scientific evidence supporting the claim that vaccines cause autism – and a lot of evidence to the contrary – vaccine hesitancy remains a formidable obstacle to achieving optimal vaccine coverage. The idea that vaccines damage children’s brains is naturally a fearful prospect for parents, who have never seen first-hand the consequences of a vaccine-preventable disease. This fear has led to decreasing vaccination rates in the US and Europe, with predictable results. The consequent reduction in herd immunity has already resulted in measles outbreaks, notably in wealthy countries where vaccine access is not an issue:

This article has been reviewed by Professors Peter McIntyre and Nicholas Wood of the National Centre for Immunisation Research and Surveillance, Sydney Children’s Hospitals Network and the University of Sydney.

UPDATE (16 July 2019):
After receiving feedback from several readers, we updated the first sentence to read: “The claim that ‘vaccines cause autism’ first received scientific backing by Andrew Wakefield’s now-retracted study in The Lancet”. Wakefield’s study did essentially draw the purported link between vaccines and autism and played a key role in enabling the claim to be widely made.