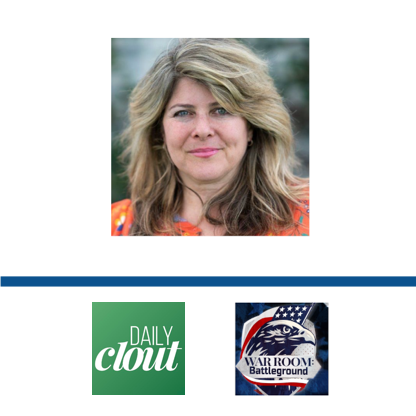 DETAILS
Inaccurate: The claim that 44% of the pregnant women who participated in Pfizer’s COVID-19 vaccine trial had a miscarriage is inaccurate; it is based on an incorrect calculation that double-counted miscarriages and underestimated the total number of pregnancies. Data from safety monitoring and research studies show that the vaccine doesn’t increase the risk of worse pregnancy outcomes.

Pregnant women are at a higher risk of severe COVID-19 than non-pregnant women and are also at a higher risk of pregnancy complications if they get COVID-19. All available evidence, including data from clinical trials, safety monitoring, and research studies, show that COVID-19 vaccines aren’t associated with any safety issues during pregnancy. On the contrary, vaccination reduces the risk of pregnancy complications, improving the outcomes for both the mother and the baby.

On 12 August 2022, the website Daily Clout published an article claiming that “44 percent of pregnant women participating in Pfizer’s mRNA COVID vaccine trial suffered miscarriages.” The American College of Obstetricians and Gynecologists defines miscarriage, also called early pregnancy loss or spontaneous abortion, as the loss of a pregnancy before 13 completed weeks. The article further claimed that the U.S. Food and Drug Administration (FDA) “was aware of the horrifying rate of fetal death” by 1 April 2021 and didn’t inform pregnant women about this risk.

The article arrived at this figure using data from a 3,645-page document listing adverse events reported during Pfizer’s clinical trial. The document, released on 1 July 2022, is part of Pfizer’s submission to the FDA Center for Biologics Evaluation and Research (CBER) for the Biologics License Application of the Pfizer-BioNTech COVID-19 vaccine. This information was confidential until 1 March 2022, when the CBER started releasing it in response to a Freedom of Information Act request.

Since their release, Pfizer’s documents have been misused to promote the narrative that COVID-19 vaccines are unsafe, as an earlier Health Feedback review documented. The Daily Clout’s article is another example of such misuse because it is based on an inaccurate calculation, as we will explain below.

Other websites (see examples here, here, and here) picked up Daily Clout’s claim, which further spread on Facebook, Instagram, and Twitter. Such posts received more than 100,000 interactions on social media platforms, according to the social media analytics tool CrowdTangle.

On 15 August 2022, Daily Clout’s co-founder and CEO Naomi Wolf reiterated the claim in an interview with former White House strategist Steve Bannon for his podcast War Room Battleground. Bannon had previously hosted Wolf in May 2022, when she claimed that COVID-19 vaccines were causing a disproportionate number of stillbirths. Health Feedback reviewed Wolf’s claim and found it to be inaccurate and based on another person’s false claim.

On both occasions, Wolf’s claims went unchallenged by Bannon, who has hosted other individuals spreading misinformation and conspiracy theories about COVID-19 on his platform. Bannon was permanently suspended from Twitter in November 2020 after calling for U.S. officials Anthony Fauci and Christopher Wray to be beheaded.

Pfizer’s document doesn’t show an increased risk of miscarriages; the 44% figure results from an incorrect calculation

Pfizer’s document lists adverse events, which are any health problems that occur after vaccination, regardless of whether the vaccine caused them. Being listed as an adverse event doesn’t imply that miscarriages are caused by the vaccine. To establish if this is the case, one important step is to determine if there is a higher proportion of miscarriages in vaccinated women compared to the general population.

The American College of Obstetricians and Gynecologists estimates that miscarriage happens in about 10% of the women who know they are pregnant. However, the rate is likely much higher as many women have a miscarriage before they even know they’re pregnant. 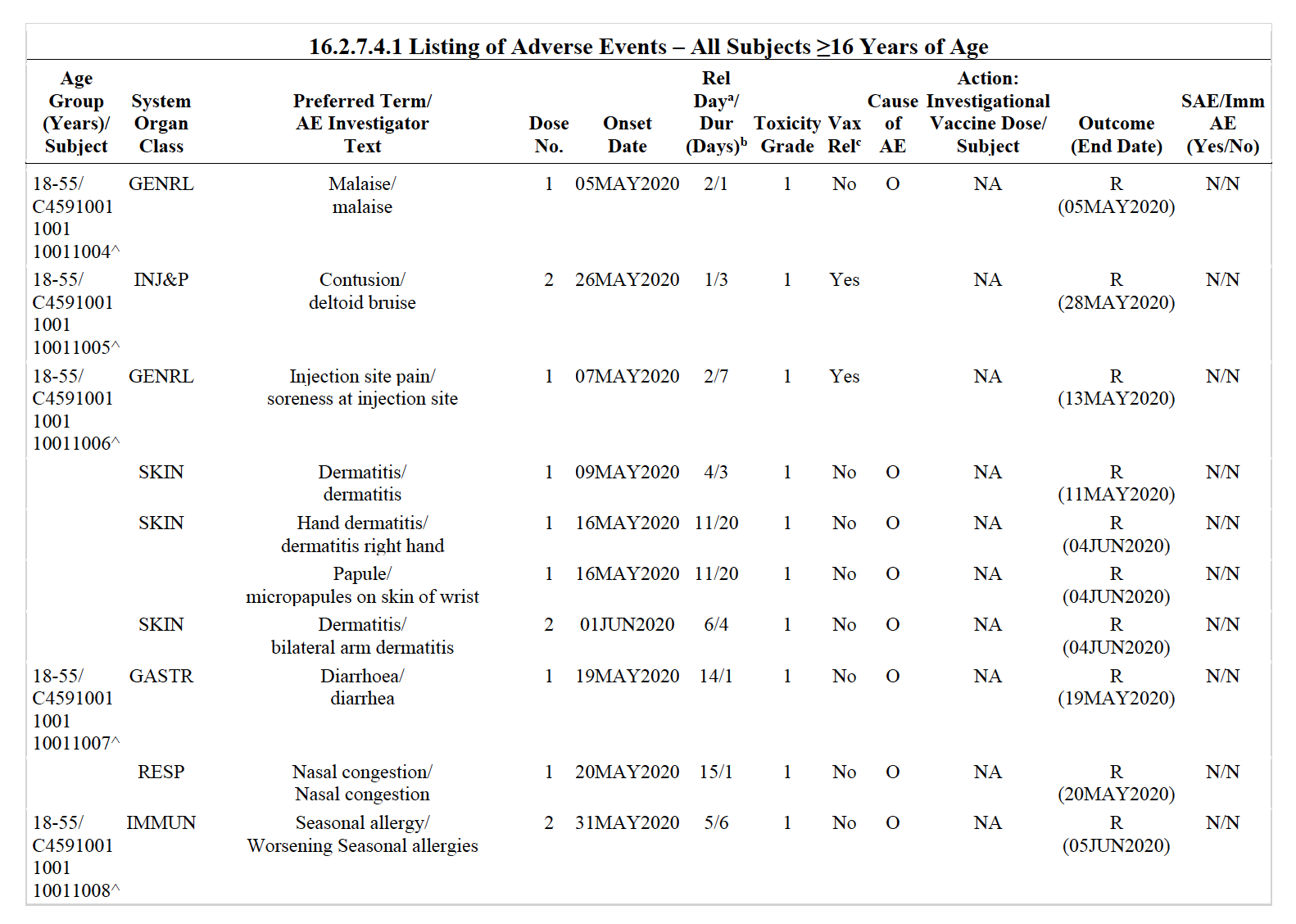 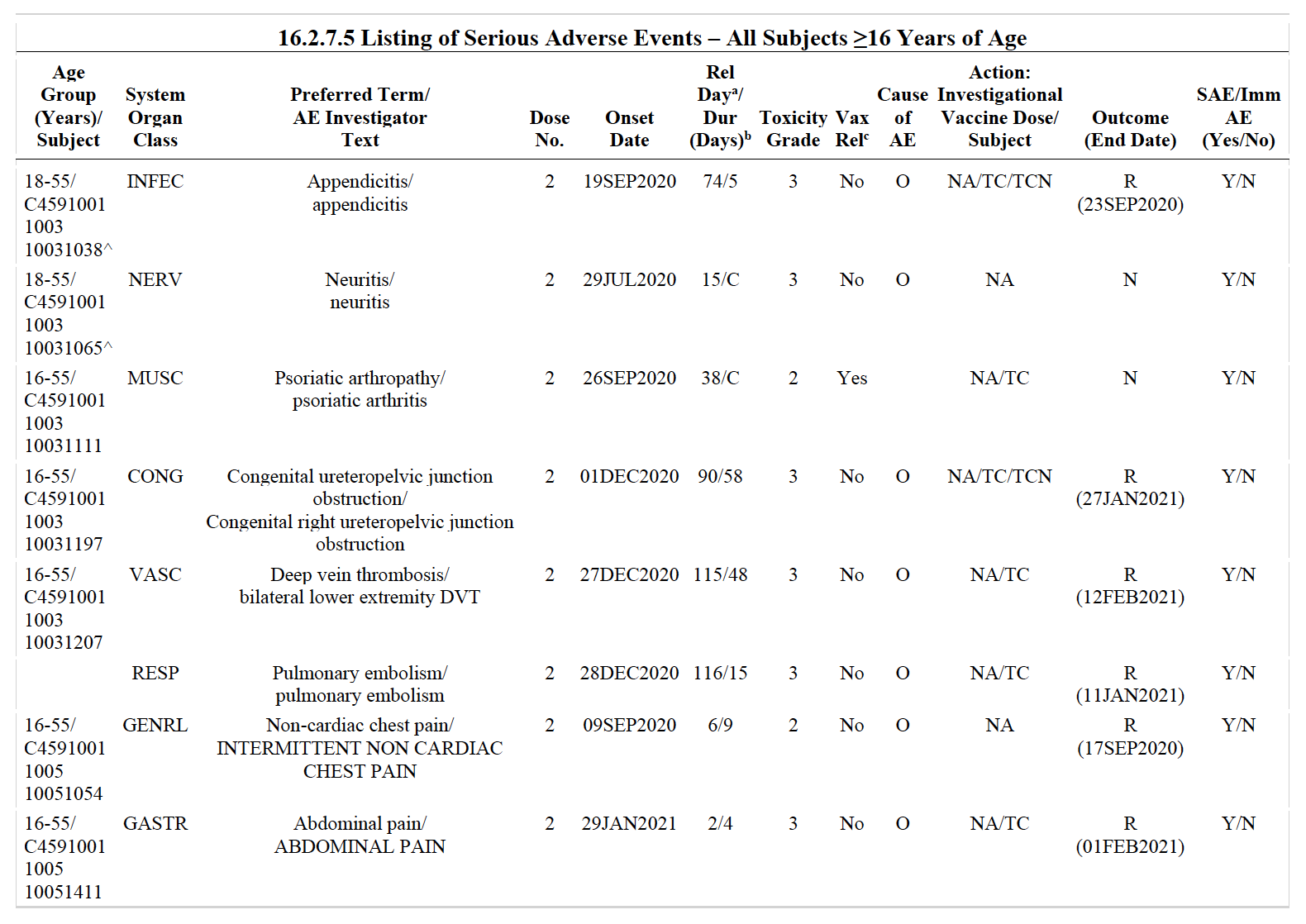 Miscarriages fall into the category of serious adverse events and, as such, they appear in both lists. However, the Daily Clout’s article counted the entries in both lists together, meaning that it counted the same adverse events twice. Therefore, the actual number of miscarriages among clinical trial participants is 11, not 22 as the article claimed. This would already reduce the rate of miscarriage to 22%.

There is also another problem in the Daily Clout’s calculation. A closer look at the ID numbers in the document shows that only three of the 11 subjects who reported miscarriage appear in the list of pregnancies after dose 1 (Figure 2). Therefore, this list doesn’t include all the pregnancies that occurred during the clinical trial, possibly because some of them were reported before dose 1, and are probably listed in another section of the information that Pfizer submitted to the CBER . If the number of pregnancies is larger than 50, it means that the miscarriage rate in clinical trial participants is even lower than 22%. 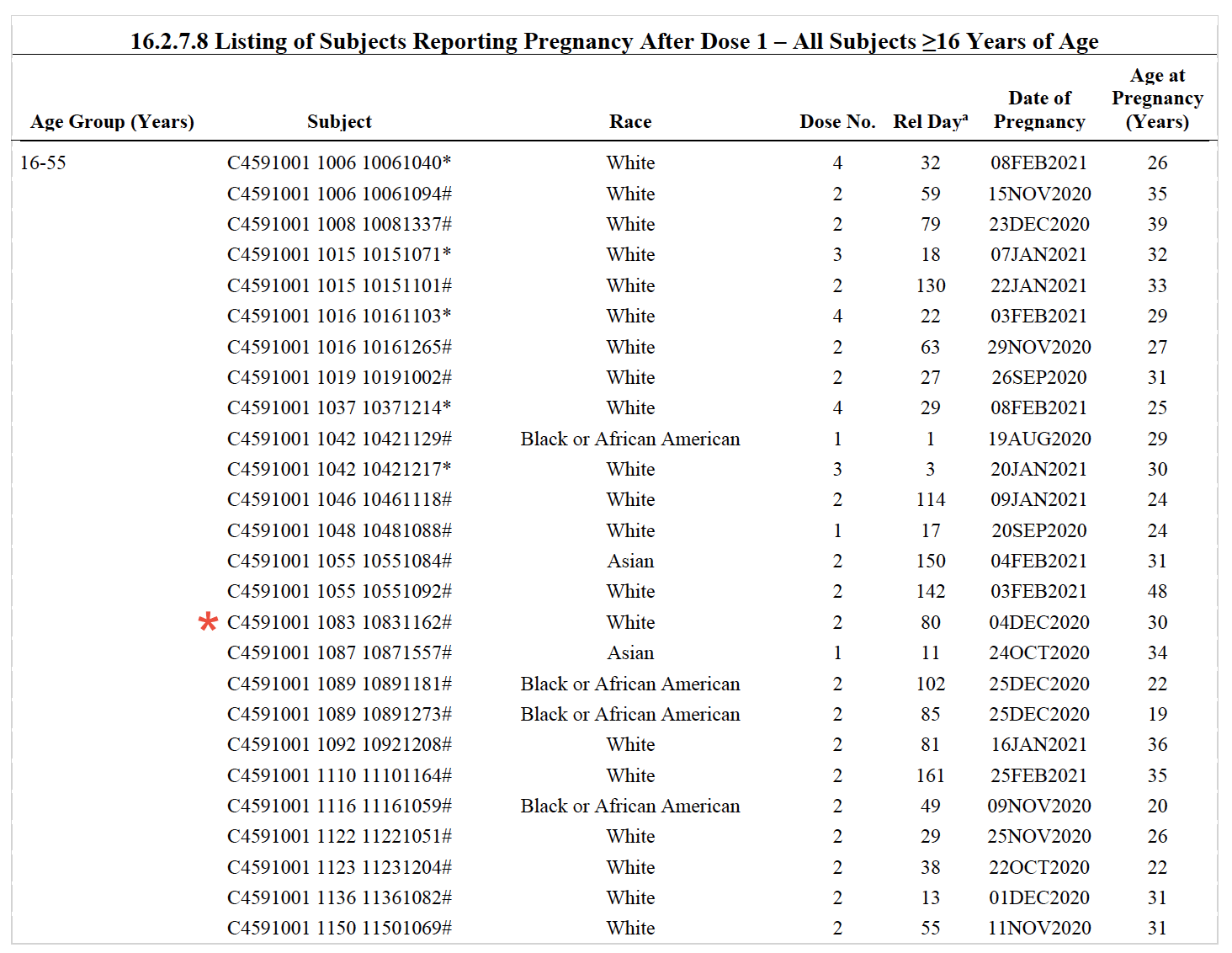 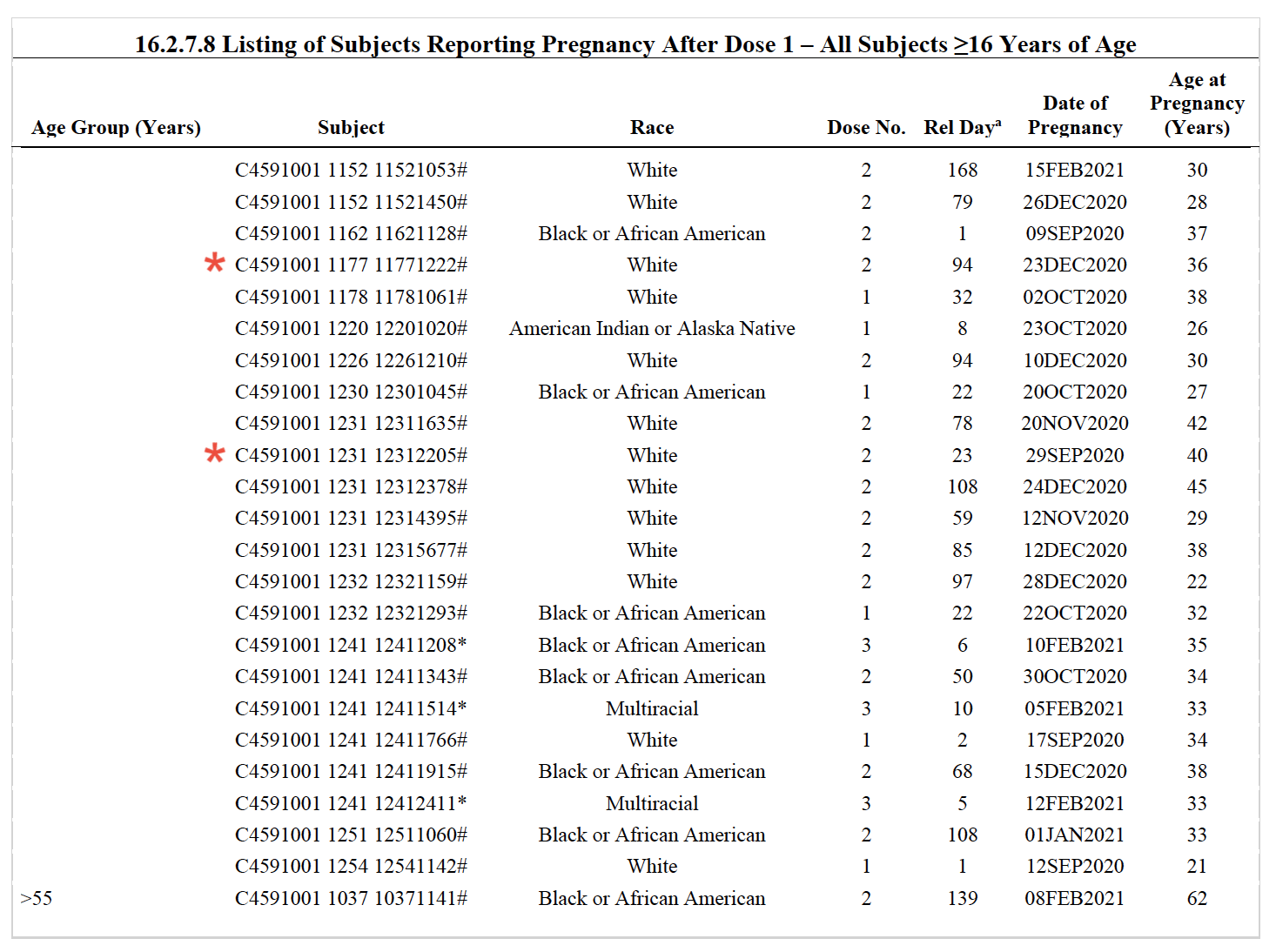 Figure 2. Full list of subjects in Pfizer’s clinical trial reporting pregnancy after dose 1. Participants who received the COVID-19 vaccine initially as part of the treatment group are marked with #, while those who were originally in the control group and chose to receive the vaccine once the trial concluded are marked with *. The only three subjects who reported miscarriages and appear in this list are marked with a red asterisk.

Because Pfizer’s document doesn’t show the total number of women who were pregnant during the trial, it is impossible to calculate the rate of miscarriage based on this document alone. At best, we can calculate the rate of miscarriage based on the 50 pregnancies reported after dose 1. This rate is 6% (three reported miscarriages in a total of 50 pregnant individuals), well below the background rate in the general population. Yet, 11 of the pregnancies were still within their first 13 weeks, and therefore at risk of a potential miscarriage, at the time the table was created. In any case, the document doesn’t provide any evidence suggesting that the Pfizer-BioNTech COVID-19 vaccine caused the miscarriages or is unsafe for pregnant women.

The Daily Clout added a correction at the bottom of the article stating, “Two analysts have reviewed this Pfizer document and reached different totals and percentages than did the author of this report”. While the correction note included a link to these analyses, the article didn’t explain at any point that its calculation of the miscarriage rate was actually wrong.

For example, one systematic review and meta-analysis published in Nature Communications found that the risk of stillbirth was 15% lower among pregnant women who received an mRNA COVID-19 vaccine compared to those who didn’t[4]. The study also showed no increased risk of adverse outcomes for the women or their babies, including miscarriage, earlier gestation at birth, placental abruption, pulmonary embolism, postpartum hemorrhage, maternal death, intensive care unit admission, lower birthweight, or neonatal intensive care unit admission.

Multiple other studies and data from safety monitoring also indicate that COVID-19 vaccines are very safe during pregnancy and don’t lead to worse pregnancy outcomes[5-8].

The claim that pregnant women who participated in Pfizer’s clinical trial had a 44% rate of miscarriage is false and based on an inaccurate calculation that double-counted the number of miscarriages and underestimated the total number of pregnancies. Neither Pfizer’s document nor data from other studies and safety monitoring show any safety concerns for pregnant women who wish to get the COVID-19 vaccine. In fact, they show that vaccination improves pregnancy outcomes, by preventing severe COVID-19 and avoiding pregnancy complications.

Based on current evidence, the U.S. Centers for Disease Control and Prevention and the American College of Obstetricians and Gynecologists recommend that pregnant and lactating individuals receive a COVID-19 vaccine.

Shortly before the publication of this review, the Daily Clout added a correction to the article stating that the “44% figure is incorrect”. The entire article was removed from the website sometime between 19 and 23 August 2022, without explaining the reasons for the removal.

The review was updated to clarify that some of the pregnancies reported after dose 1, were still at risk of a potential miscarriage at the time the table was created. This change doesn’t modify our verdict.

The title of the review was replaced with a shorter version that doesn’t change the original meaning.