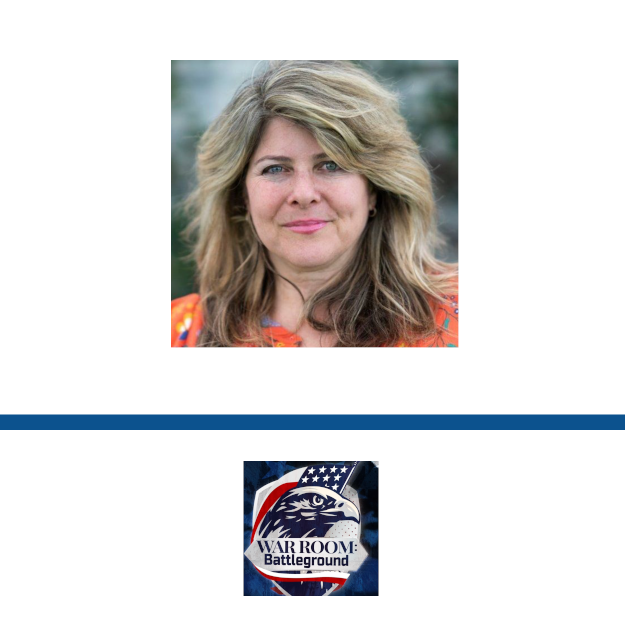 DETAILS
Factually inaccurate: The city of Waterloo, Ontario reported 16 stillbirths as of November 2021, not 86, which was within the average based on previous years. Large-scale scientific studies haven’t observed a higher than expected rate of negative pregnancy outcomes in vaccinated women.
Misleading: While Scotland in general has a high level of COVID-19 vaccine coverage, in October 2021, only 32.3% of pregnant women had received two doses of COVID-19 vaccine, as compared to 77.6% of the general female population of childbearing age.
KEY TAKE AWAY

FULL CLAIM: “I am now incredibly sad to announce there’s a kind of die-off of babies happening, of vaccinated mothers [...] three countries now are reporting babies dying of vaccinated mothers disproportionately. In Waterloo, Ontario, Canada, 86 babies were born dead between January and July of 2021 [...] In Scotland, there is more than two times the number of babies who died, baby newborns, as of September 2021, and this is a highly vaccinated country as I told you, and now most recently [...] in Rambam Hospital in Haifa, vaccinated mothers are having abortions, miscarriages, and stillbirths, up a factor of 34% versus unvaccinated mothers.”

On 25 May 2022, Steve Bannon, former White House strategist, hosted author Naomi Wolf on his podcast War Room Battleground. During the podcast, Wolf claimed that the babies of vaccinated mothers were dying in disproportionately higher numbers compared to babies of unvaccinated mothers, and that the COVID-19 vaccines were responsible for this “die-off of  babies”.

Wolf’s claim went unchallenged by Bannon, who hosted other individuals spreading misinformation and conspiracy theories about COVID-19 on his platform, including scientists Li-Meng Yan—who claimed without evidence that the virus SARS-CoV-2 was engineered—and Robert Malone, who falsely claimed that COVID-19 vaccination leads to more severe disease. Bannon was permanently suspended from Twitter in November 2020 after calling for U.S. officials Anthony Fauci and Christopher Wray to be beheaded.

Wolf also published the same claim in her Substack article, featuring it prominently in the article’s headline.

However, her claim is inaccurate and isn’t substantiated by scientific evidence, as we will explain below.

Wolf’s central claim, which is given prominence in the podcast’s title, is that there is a “global baby die-off” caused by COVID-19 vaccination. To support her claim, she cited numbers from Canada, Scotland, and Israel. Specifically, she said: “In Waterloo, Ontario, Canada, 86 babies were born dead between January and July of 2021 […] In Scotland, there is more than two times the number of babies who died, baby newborns, as of September 2021, and this is a highly vaccinated country as I told you, and now most recently […] in Rambam Hospital in Haifa, vaccinated mothers are having abortions, miscarriages, and stillbirths, up a factor of 34% versus unvaccinated mothers.”

Fewer than 20 stillbirths were reported in the city of Waterloo in Ontario as of November 2021, far below the figure of 86 claimed by Wolf

Her claim that “86 babies were born dead between January and July of 2021” in the city of Waterloo, Ontario in Canada, can be traced back to Daniel Nagase, a Canadian family doctor, who claimed that there were 86 stillbirths in Waterloo in late 2021. Nagase went further to assert, without evidence, that all 86 were linked to COVID-19 vaccination. His claim was carried by other outlets known for publishing misinformation and conspiracy theories, like The Gateway Pundit and Trending Politics. Nagase’s claims were debunked by FactCheck.org in November 2021.

Indeed, hospital officials in the city of Waterloo contradicted Nagase’s claim. In a November 2021 City News report, Peter Potts, joint chief of staff at Grand River Hospital and St Mary’s Hospital said that “in reality, 12 had occurred in the last fiscal year between both [Grand River Hospital] and [Cambridge Memorial Hospital].”

Kristin Wadsworth, the chief of obstetrics and gynecology at Cambridge Memorial Hospital, told City News that “This year, we have had 982 deliveries in Cambridge and four still-births. That is a still-birth rate of 0.41 per cent, which is our average.”

Grand River Hospital, St. Mary’s Hospital, and Cambridge Memorial Hospital account for all three of the hospital systems in the city of Waterloo. This means that the number of stillbirths reported in the city as of November 2021 was 16, far below Nagase’s claim of 86, and well within the expected number based on historical trends.

The second figure given by Wolf regarding Scotland can be traced back to news reports in November 2021, when Scotland reported an unusual spike in newborn deaths when compared with trends in previous years. This suggested that the spike wasn’t simply random variation. However, Sarah Stock, a faculty member at the University of Edinburgh who specializes in maternal and fetal health, told the BBC in May 2022 that there’s no evidence tying these newborn deaths to COVID-19 vaccination.

Stock, who co-led a nationwide study in Scotland about the effects of COVID-19 during pregnancy, highlighted the fact that having COVID-19 increases the risk of pregnancy complications, such as early birth, which could have an impact on newborns’ health and in turn on newborn mortality.

In fact, there is substantial data on this subject, as Stock and colleagues published a prospective study in Nature Medicine, which included data from more than 130,000 women and more than 140,000 pregnancies[1].

Wolf’s attempt to link the spike in newborn mortality also involved citing Scotland as a “highly vaccinated country”, suggesting that the majority of pregnant women must have been vaccinated. Apart from committing the fallacy of “correlation equates to causation”, this assumption about vaccine coverage in pregnant women doesn’t hold true. While vaccine coverage for the general population is indeed high in Scotland, pregnant women were an outlier. The study noted that “By October 2021, only 32.3% of pregnant women had received two doses of COVID-19 vaccine, as compared to 77.4% of women in the general population”.

In addition, among pregnant women, those who were unvaccinated made up the majority of SARS-CoV-2-related hospitalizations (90.9%) and critical care admissions (98%).

These findings, based on a population-level study, underscore the threat that COVID-19 poses to pregnant women, and show that getting vaccinated doesn’t increase the risk of pregnancy complications and negative outcomes.

Data about stillbirths, miscarriages, and abortions from one hospital in Israel don’t show that the COVID-19 vaccines caused negative pregnancy outcomes

Finally, Wolf cited figures from Rambam Hospital in Haifa, Israel, purportedly showing that vaccinated women are having more stillbirths, miscarriages, and abortions than unvaccinated women by “a factor of 34%”. She cited a “report” by housewife Etana Hecht, who in turn obtained the figure from Josh Guetzkow, a senior lecturer at the Institute of Criminology, Hebrew University of Jerusalem. Guetzkow has no training in epidemiology or medicine.

On Substack, Guetzkow stated that his calculations are based on data obtained through a FOIA request. However, it’s critical to note that Guetzkow’s calculations come with a significant caveat, which is indicated in the footnotes at the end of the article: “Note the data provided do not distinguish between stillbirths, miscarriages (sometimes referred to as spontaneous abortions) or late- or early-term abortions undertaken for medical or other reasons.”

This means that the numbers used by Guetzkow also include elective abortions and that there’s no means of knowing how many elective abortions are included in the data. Guetzkow acknowledged that one possibility is that vaccinated women may be more likely to voluntarily choose to terminate a pregnancy. He also asserted that there wouldn’t be a reason for vaccinated women to be more likely to do so than unvaccinated women, “unless a congenital or other anomaly was discovered or the pregnancy put the woman at some kind of risk”.

Guetzkow did acknowledge that “we cannot conclude from these data that vaccinations are the cause of these patterns”, but his article still cast doubt over the safety of COVID-19 vaccination, as he wrote that the data meant that “nobody can say for sure that the vaccines played no role”. Wolf and Hecht also used Guetzkow’s article to send the false and misleading message that COVID-19 vaccines are dangerous.

Guetzkow’s claim that “nobody can say for sure that the vaccines played no role” is belied by the fact that we have an abundance of data showing that it’s safe for pregnant women to receive the COVID-19 vaccines. There is a large-scale study in Israel addressing the question of whether COVID-19 vaccines negatively affected pregnancy outcomes[2]. In fact, Guetzkow even cited this study in his Substack to support his assertion that “vaccinated and unvaccinated mothers were in many ways very similar”, which ended up giving more credence to the unsubstantiated conclusion that only COVID-19 vaccination could explain the increase in stillbirths, miscarriages, and abortions.

The key takeaway here is that this large-scale study doesn’t support that belief. The study included more than 24,000 live births, which took place between 1 March 2021 to 31 September 2021. Of these live births, 16,697 were exposed to maternal vaccination in utero. The researchers reported:

In other words, the study showed that COVID-19 vaccination doesn’t lead to worse pregnancy outcomes. Curiously, Guetzkow didn’t mention the conclusions of the study in his article, possibly since it would have contradicted the message in his article—that COVID-19 vaccines can lead to negative pregnancy outcomes—and Wolf also didn’t appear to have accounted for this study’s findings.