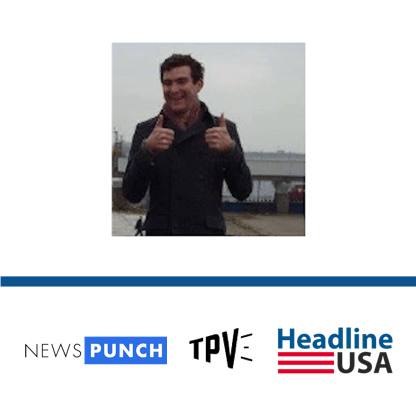 mRNA from COVID-19 vaccines doesn’t alter DNA because vaccine mRNA remains outside the cell nucleus, where DNA is stored. Furthermore, mRNA is unstable and quickly degraded after providing the instructions for producing a piece of the SARS-CoV-2 spike protein. mRNA vaccines cannot be administered to people via their diet. Even if part of the mRNA vaccine is retained in an animal, mRNA is chemically unstable and cannot remain intact after contact with stomach acid. Hence claims that people will be forcibly vaccinated through the food supply are scientifically implausible.

A video published on Rumble on 10 January 2023 claimed that “Bill Gates Vows To Pump mRNA Into Food Supply To ‘Force-Jab’ the Unvaccinated”. As a thumbnail image, the video showed a photo of Microsoft co-founder Bill Gates and what seemed to be a tweet from Gates’ verified Twitter account claiming “vaccines in our food supply solves the problem of vaccine hesitancy”.

At the time of this review’s writing, the video had received almost half a million views on Rumble and links to it were widely shared on Twitter. It was uploaded by the radio broadcasting station The People’s Voice. On the same day, the website NewsPunch, which is owned by The People’s Voice, published an article consisting of the video transcript that received more than 1,700 additional interactions on Twitter, according to social media analytics tool CrowdTangle.

Media Bias/Fact Check rates News Punch as a “Questionable Source” with “zero credibility due to the routine publishing of fake news”, some of them addressed in earlier reviews by Health Feedback.

As this review explains below, the rest of the video is a sequence of inaccurate and misrepresented statements, all connected to rehashed conspiracy theories about Gates and the global “elite”.

The video claimed that Gates intended to “force-jab” the mRNA COVID-19 vaccine into unvaccinated people through food products from vaccinated livestock and poultry. Other articles, like this one published on the website Revolver News, made similar claims that “if you consume the vaccinated animal, the mRNA vaccine enters your body”.

The claim that consuming products from vaccinated animals can transfer the COVID-19 vaccine to unvaccinated people is not only inaccurate but demonstrates a fundamental misunderstanding of how mRNA vaccines work.

After vaccination, mRNA from the vaccine enters the cells, delivering instructions to produce a harmless piece of the SARS-CoV-2 spike protein. Beyond the fact that no veterinary COVID-19 vaccine has been approved or recommended for livestock and poultry so far, injecting mRNA from a vaccine is different from eating it.

John Wherry, director of the Institute for Immunology at the Perelman School of Medicine, told FactCheck.org that the idea that people can get vaccinated by consuming meat or other food products from animals that received an mRNA vaccine “doesn’t make any scientific sense”. One reason is that mRNA from vaccines remains at the injection site and is very unstable and rapidly degraded. In addition, meat and other animal products generally undergo different processing steps, including cooking. Finally, food must go through the digestion process, including through stomach acid, which would further break down any remaining mRNA.

It is also important to remember that all living beings carry mRNA in their cells. Therefore, every time we consume vegetables or meat, we are exposed to far larger amounts of mRNA than those present in vaccines. Additionally, public health regulatory agencies establish a withdrawal period to ensure that any medical products used on animals intended for food, including vaccines, don’t reach the consumer.

To verify the authenticity of the alleged tweet by Gates, we did an advanced Twitter search of the words “vaccines in our food supply” by the user @BillGates. The search returned no results, suggesting that the tweet attributed to Gates is most likely fabricated.

Referring to the COVID-19 vaccines, the video opened by claiming “the globalist elite” are developing “cunning new ways to force their jabs on us”. It then focused on Gates and his alleged intention of “pumping mRNA vaccines into farm animals destined for dinner plates”, instead of admitting “the truth about the disastrous experimental Covid-19 jabs”.

When contacted by Health Feedback regarding this claim, the Bill and Melinda Gates Foundation stated in an email that “this claim is false”.

The origin of the claim may be an article published in Headline USA, which the video cited, claiming that “Gates and his friends want to give livestock the mRNA-altering COVID jabs”. Other outlets like Natural News also picked up the claim in Headline USA.

The video and the articles based their allegations on a clip (in the video, timestamp 1:23) in which Gates talked about vaccinating livestock. However, the former U.K. Department for International Development—now part of the Foreign, Commonwealth & Development Office (FCDO)—shared the same clip on Twitter on 26 January 2018. This means that Gates’ statements are from at least two years before the COVID-19 pandemic emerged. Therefore, any claim that Gates’ words in this clip are associated with COVID-19 vaccines is outright false.

In the clip, Gates is wearing clothes from “The Langhill Farm”, a livestock farm that is part of the School of Veterinary Studies at the University of Edinburgh. Gates visited this facility on 26 January 2018 in connection with a project co-founded by the FCDO and the Bill and Melinda Gates Foundation at the Global Alliance for Livestock Veterinary Medicines (GALVMed) in Edinburgh.

This project aimed to increase the productivity of smallholders across Africa and South Asia by developing new livestock vaccines that could improve the animals’ health. But contrary to the claims, the project didn’t involve human vaccines. Furthermore, neither Gates nor the GALVMed website mentioned that any of the animal vaccines under development used mRNA technology.

Based on Gates’ statements in the clip, some articles and social media posts claimed that Gates intended to manipulate livestock genetically through vaccination. However, Gates spoke in the clip about improving animal survival “either by having vaccines or better genetics” [emphasis added], that is, as two different options.

The “better genetics” that Gates mentioned aren’t achieved through vaccination but through selective breeding, as Reuters explained in a fact check. This strategy, which has been used for many centuries, consists of selecting the animals with the desired characteristics for breeding, so they pass these to their offspring. Humans have done this with animals ranging from livestock to household pets.

Along the same lines, the video referred to COVID-19 vaccines as “DNA modification techniques” and suggested that consuming food products from vaccinated animals might be unsafe or even alter human DNA. These claims are inaccurate in multiple ways. First, the video clip and the project that Gates mentioned preceded and were unrelated to COVID-19 vaccines, as we explained above.

Claims that Gates intended to genetically modify livestock using mRNA COVID-19 vaccines and then use food products derived from these animals to vaccinate people are inaccurate. These claims misrepresented Gates’ statements in a video clip that preceded the pandemic and was unrelated to COVID-19 vaccines.

As we explained above, such claims are simply implausible from a scientific point of view. In addition to not being approved in domestic animals, mRNA COVID-19 vaccines can’t modify DNA. Furthermore, eating food products from an animal that received an mRNA vaccine doesn’t transfer the vaccine to people.