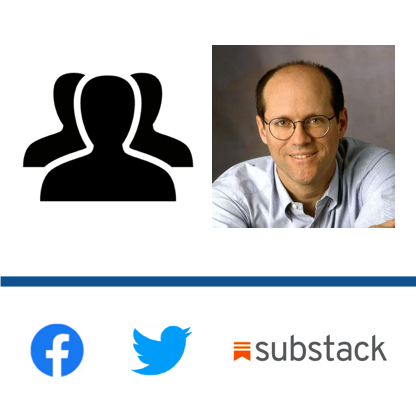 DETAILS
Inaccurate: Bieber has Ramsay Hunt syndrome, a condition caused by the reactivation of the varicella-zoster virus in people who had chickenpox in the past, not by the COVID-19 vaccine as some claimed.
Inadequate support: A few studies suggested that COVID-19 vaccination might potentially trigger varicella-zoster virus reactivation. However, other studies found no association. Therefore, our state of understanding on this subject remains inconclusive. There is no information on whether Bieber received the COVID-19 vaccine.
Lack of context:​​ COVID-19 itself has been associated with an increased risk of facial paralysis.
KEY TAKE AWAY

Ramsay Hunt syndrome is a rare neurological condition caused by the varicella-zoster virus in people who had chickenpox. Once the person recovers from chickenpox, the virus remains dormant in nerve tissue, but can reactivate depending on the circumstances in the form of shingles. Ramsay Hunt syndrome occurs when shingles affects the facial nerve, causing facial paralysis and hearing loss. Current evidence doesn’t indicate that COVID-19 vaccination increases the risk of reactivation of the virus, but COVID-19 itself might.

FULL CLAIM: “I'm 99% certain that Justin Bieber's facial paralysis was caused by the COVID vaccine”; “Justin Bieber has a vaccine injury”; “Hailey Bieber had a blood clot in her brain. Justin Bieber now has Ramsay Hunt Syndrome. Both issues have been linked to [COVID-19 vaccines]”

On 10 June 2022, pop singer Justin Bieber published an Instagram video announcing that he had been diagnosed with a rare neurological condition called Ramsay Hunt syndrome. In the video, Bieber explained that the condition was caused by “this virus that attacks the nerve in my ear and my facial nerves and has caused my face to have paralysis” and showed how the paralysis affected the right side of his face.

Bieber’s video went immediately viral, receiving more than 50 million views in two days. Within just hours, tens of thousands of posts speculating about a link between Bieber’s facial paralysis and the COVID-19 vaccine (examples here and here) appeared on Facebook, Instagram, and Twitter, some of them calling Ramsay Hunt syndrome a “vaccine injury” (here and here).

Entrepreneur Steve Kirsch published a Substack article that was more explicit in making this claim, titled “Why I’m 99% certain that Justin Bieber’s facial paralysis was caused by the COVID vaccine”. The article received more than 4,300 interactions on Facebook and Twitter, according to the social media listening tool Buzzsumo. Kirsch previously spread misinformation about COVID-19 vaccines, some of it covered in previous Health Feedback reviews.

The varicella-zoster virus is the same virus that causes chickenpox and herpes zoster, commonly known as shingles[1]. When the virus infects someone for the first time, the person develops an acute infection called chickenpox that causes fever and itchy blisters all over the body. The disease, which primarily affects children, is highly contagious and spreads through the air or by direct contact with blisters. While chickenpox is generally mild in healthy children and usually resolves on its own within a week, adolescents, adults, and immunocompromised people can develop more severe disease.

Most people who recover from chickenpox remain immune to the disease for the rest of their lives. However, the immune system cannot completely eliminate the virus, which travels to nerve tissue near the spinal cord and the brain and lies there without causing any symptoms[1]. Over the course of the person’s life, the virus might reactivate and travel back to the skin along a cluster of nerves. That leads to the painful rash that characterizes shingles, which typically affect only one side of the body, particularly the skin that surrounds the affected nerves (Figure 1). 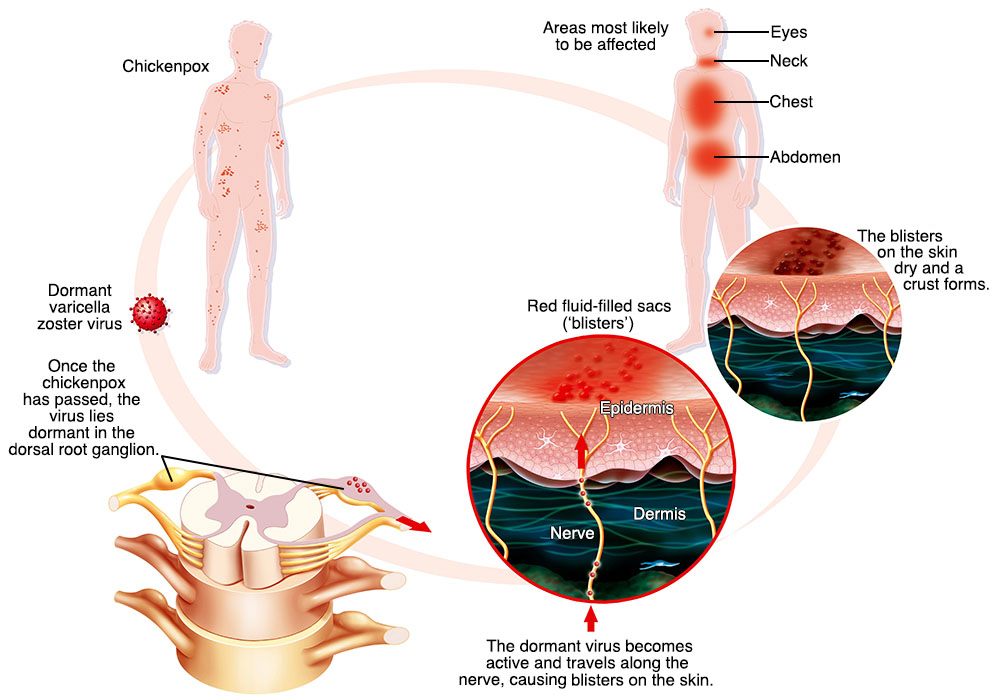 Figure 1. Infection with varicella-zoster virus. Primary infection in individuals who never had an infection causes chickenpox. Once the person recovers, the virus travels to nerve tissue and lies dormant until it has the chance to reactivate. Then it travels along the nerves and spreads to the skin, causing shingles. Source: Health Direct, Australian Department of Health.

Shingles are more frequent in older adults, but being exposed during pregnancy or having chickenpox during the first year of life increase the risk in children and young adults.

Although the rash generally affects the torso, it can appear in any part of the body depending on which nerves are involved. This can translate into different complications, including vision loss, neurological problems, and hearing problems. Ramsay Hunt syndrome is one of these complications and occurs when shingles affects the facial nerve, causing rash in the area of the ear or the mouth, facial paralysis, and hearing loss (Figure 2). 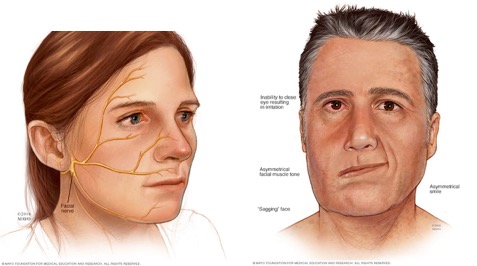 Figure 2. Ramsay Hunt syndrome occurs when the varicella-zoster virus of a past chickenpox infection reactivates within the facial nerve (left). The main symptoms of this condition are a painful red rash around the ear or mouth of the affected side and facial weakness or paralysis on the same side (right). Source: Mayo Clinic.

The time and degree of recovery from Ramsay Hunt syndrome depend on the severity of nerve damage. Early treatment with antivirals within three days after the symptoms begin leads to full recovery in 70% of the patients.

Vaccination prevents both chickenpox and shingles. Two doses of the chickenpox vaccine are more than 90% effective against infection. This vaccine was introduced in the U.S. child and adolescent immunization schedule in 1995 and in Canada–where Bieber was born—between 2000 and 2006, depending on the region. Since 2017, a shingles vaccine that is up to 97% effective is also available. The U.S. Centers for Disease Control and Prevention (CDC) recommends it for everyone over 50 and adults older than 19 who have weakened immune systems.

In short, Bieber’s facial paralysis was caused by the varicella-zoster virus that remained dormant in his body after recovering from chickenpox. While early vaccination against chickenpox might have prevented Bieber from developing this condition later in life, Canada only introduced it in the routine childhood vaccination schedule when Bieber was at least six years old.

Kirsch supported his claim that the COVID-19 vaccine caused Bieber’s paralysis with anecdotal evidence from testimonials and social media posts, which is unreliable without scientific data to support it. He also misused data from the U.S. Vaccine Adverse Event Reporting System (VAERS) by incorrectly assuming that adverse events reported after vaccination are necessarily caused by the vaccine.

In addition, Kirsch cherry-picked three studies reporting cases of Ramsay Hunt syndrome after receiving an mRNA COVID-19 vaccine. One of them evaluated patients with rheumatic diseases, some under immunosuppressive medication[2]. The other two are case reports in a 78-old woman with underlying health conditions in Spain, and an apparently healthy 37-old man in Hong Kong. None of these studies provides evidence that it was the vaccine and not other factors that caused the reactivation of the virus in these people.

According to the CDC, almost one out of three people in the U.S. will develop shingles at some point in their lifetime. The factors that trigger virus reactivation are unclear, but seem related to the capacity of each person’s immune system to stop the virus from replicating and causing an infection. Thus, shingles are most frequent in people with weakened immune systems due to ongoing infection, acquired immunodeficiency syndrome (AIDS), cancer therapy, or immunosuppressive medications.

As we age, our immune system’s ability to fight off infections also decreases, making age another important risk factor for varicella-zoster virus reactivation. In addition, other factors, including acute or long-term stress, have also been shown to reduce overall immune function[3] and might further contribute to increase the risk of developing shingles and related complications[4-6].

Overall, epidemiological evidence remains inconclusive about whether COVID-19 vaccination can trigger reactivation of the varicella-zoster virus[7-10], as Health Feedback explained in an earlier review. But these studies suggest that the risk, if any, is likely very low.

Even if COVID-19 vaccination increased the risk of Ramsay Hunt syndrome, there is no public evidence that Bieber received the vaccine. Health Feedback reached out Bieber’s manager, Scooter Braun, for comment on Bieber’s vaccination status but have not received a response so far. We do know, however, that he tested positive for COVID-19 in late February 2022 and SARS-CoV-2 infection is associated with an increased risk of developing shingles[11].

Similar to the claims linking COVID-19 vaccines with Ramsay Hunt syndrome, earlier posts on social media suggested that COVID-19 vaccines caused another form of facial paralysis called Bell’s Palsy. Health Feedback evaluated this claim in earlier reviews and found it to be unsupported.

Many of such posts shared photos of patients affected by Bell’s Palsy, which some social media users rehashed including Bieber’s photo with the caption “Pfizer Smile”. Such posts are unsupported and misleading. First, Bieber’s facial paralysis was caused by a viral infection, and no evidence indicates that the COVID-19 vaccine played a role. Second, those photos aren’t of people who developed Bell’s palsy following COVID-19 vaccination; they existed long before the development of the vaccine, as Health Feedback previously documented.

Finally, there is no evidence indicating that vaccination in general[12] and COVID-19 vaccines in particular increases the risk of Bell’s palsy[13-15]. In contrast, COVID-19 might[16]. Therefore, by reducing the risk of SARS-CoV-2 infection and preventing severe COVID-19, vaccines might also lower the risk of developing facial paralysis.

Stroke is a potential complication associated with patent foramen ovale, as professor of surgery at Wayne State University David Gorski explained in an article on the blog Science-Based Medicine. Furthermore, Hailey Bieber shared on TikTok that she had other multiple factors which are known to increase the risk of blood clots and, combined with her congenital defect, could have well precipitated a stroke. These included taking a transcontinental flight, being on birth control pills and having had a recent SARS-CoV-2 infection[17].

Claims that the COVID-19 vaccine caused Bieber’s facial paralysis are inaccurate. Bieber was diagnosed with Ramsay Hunt syndrome, a rare neurological condition caused by a reactivation of the varicella-zoster virus from a past chickenpox infection, not by the COVID-19 vaccine.