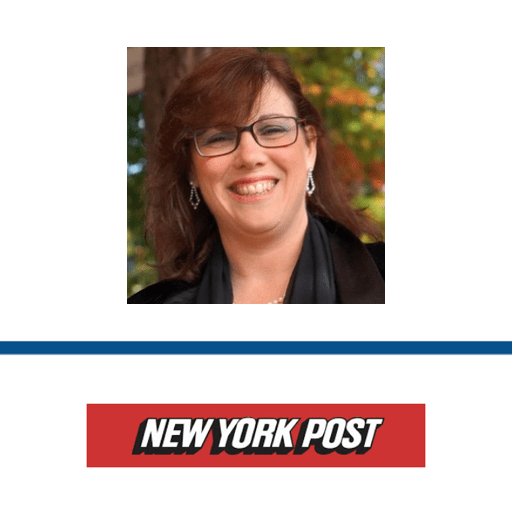 CLAIM
“COVID lockdowns don’t appear to have saved lives”; “ample scientific evidence points to the fact that lockdowns did not save lives”
VERDICT more about the rating framework

DETAILS
Inaccurate: Lockdowns lead to a significant reduction in physical interactions between people, which reduced the transmission of COVID-19 and saved lives.
Misrepresents a complex reality: Lockdowns affected the economy and are associated with higher rates of unemployment. However, a large number of deaths resulting from letting the pandemic go unchecked would also limit economic recovery and cost jobs.
Misrepresents sources: Both articles quoted analyses and studies to support their claim. However, the New York Post articles misrepresented these sources: some of the analyses concluded that lockdown was effective and reduced transmission of COVID-19.
KEY TAKE AWAY

Lockdowns have saved lives by reducing the physical interactions between infected and uninfected people, which in turn reduces transmission and the number of people infected with SARS-CoV-2. While lockdowns have affected the economy and income, temporary restrictions may help economic recovery by reducing the spread of disease. In addition, letting the virus spread without restrictions would also harm the economy.

FULL CLAIM: “Tragically, the data also suggests lockdowns didn’t do much to help save lives throughout the pandemic, while it’s clear that they sent millions to the unemployment line”; “ample scientific evidence points to the fact that lockdowns did not save lives”

In the early days of the COVID-19 pandemic, long before vaccines became available, many countries tried to curb the spread of the virus by imposing lockdowns. Exactly what a lockdown consists of is highly variable depending on the country and even regions of the same country. Lockdowns have comprised a combination of different measures, ranging from closing schools, shops, and restaurants, as well as issuing stay-at-home orders.

In two articles, the New York Post commented on the effect of COVID-19 restrictions on jobs and unemployment, and claimed that lockdowns “don’t appear to have saved lives”.

One article is based on an analysis by researchers at Rice University’s Baker Institute for Public Policy, using data from WalletHub, a personal finance website. This preliminary analysis, which has not been peer-reviewed, used WalletHub’s ranking of US states’ lockdowns from May 2020 to October 2020, which assigned a numerical value to the imposed restrictions, e.g. mask mandates and limits to large gathering. This ranking was correlated with the state’s average death rate over time.

According to the New York Post, “the study found little correlation at all between the strictness of lockdown measures and death rates.” However, as the New York Post mentioned, the ranking has several limitations. Specifically, the rankings didn’t account for aspects like population density, use of public transportation, or the close living situations in urban areas, all of which play a role in virus spread.

More importantly, the New York Post misrepresented the analysis, which reported that “lockdowns have been effective in both reducing DDPM [daily deaths per million residents due to Covid-19] in highly infected states and in preventing new spikes in deaths. Additionally, this trend implies that states that are more open are susceptible to higher COVID-19 death rates”. In short, the analysis itself contradicts the New York Post articles.

Vivian Ho, a Health Economist and author of the Baker Institute’s analysis, commented to Health Feedback:

“I am disappointed that the results of my study have been misinterpreted. […] The report finds that the benefits of lockdowns in reducing deaths don’t occur immediately. Instead, they occur several months down the road.”

The second article in the New York Post also linked to an article on WalletHub’s website. This article ranked U.S. states’ lockdown restrictions as per 5 April 2021. In one diagram, a state’s “restriction ranking” was plotted against its “COVID death rate” rank. However, WalletHub’s article did not explain how the “death rate” rank was calculated, nor did the article explore or comment on the meaning of this plot.

The New York Post article also referred to three scientific studies, but the author took some of the studies’ conclusions out of context to back up his claims.

The first study referred to in the article investigated how shelter-in-place orders affected behavior. The study’s authors specifically pointed out that “our study should not be interpreted as evidence that social distancing behaviors are not effective.” Many people had already changed behavior before shelter-in-place orders were introduced, so these orders – according to the authors – did not meaningfully alter social distancing behavior[3].

The second study, published in medRxiv and therefore not peer-reviewed, modelled the effectiveness of lockdowns and banning public events[4]. The authors report that “decreasing exposures makes sense as a way to reduce epidemic wave propagation and eventually fatalities.” However, they comment that reducing exposure with less aggressive measures than lockdowns and shelter-in-place orders would be optimal.

Finally, the third study referred to in the New York Post article did not specifically investigate how effective lockdowns were[5]. Instead, the study compared COVID-19 death rates in countries with high GDP and countries with low GDP, and tested how death rates are related to factors such as chronic disease rates, metabolic comorbidities, life expectancy and the stringency of government measures. The authors concluded that COVID-19 death rates were higher in countries with ageing societies. Inactive lifestyle, higher obesity levels and an older population were found to be more important factors for determining COVID-19 death rates than government measures, except for economic support. The study suggests this scenario as plausible: “[..] a higher death toll rate provoked a larger societal reaction, including a higher amount of economic measures, when available.”

Many scientific studies have evaluated whether lockdowns reduced COVID-19’s spread, and concluded that lockdowns are effective in reducing disease spread and death rates. One study looked at the effectiveness of early lockdowns imposed in the early months of 2020[1]. Here, the scientists compared transmission between countries which imposed stay-at-home orders and restrictions early on then gradually reopened and Sweden, which had no lockdown, and the U.S., with state-dependent, varying lockdowns. The study found that in countries with early-onset lockdowns, infections dropped rapidly, while Sweden and the U.S. experienced a longer plateau of infections.

Other scientists explored the effect of specific measures implemented during lockdowns—such as closing schools and non-essential businesses or restricting travel—on virus spread [6]. One study found that closing schools and universities, as well as restricting gatherings to 10 people or less, were especially effective at reducing spread: closing schools and universities reduced transmissibility by 38%, restricting gatherings to 10 people reduced R by 42%. Closing restaurants, bars, nightclubs as well as non-essential businesses also reduced transmission. When these measures were already in place, issuing additional stay-at-home orders only provided slightly more benefit[6].

How many lives did COVID-19 restrictions and lockdowns save?

A study looking at interventions in 11 European countries found that lockdowns and social distancing in the first wave helped lower the reproductive number (R) to below 1 by early May 2020[2]. R measures how many people one infected person will pass the virus on to. When R is above 1, the number of infections can rise exponentially. When R is below 1, the number of infections drops.

In this study, the scientists developed a model to predict how many people would have died in these 11 countries, if no lockdown measures had been introduced. Comparing the actual number of deaths counted with the number of deaths predicted by their model, in the absence of any interventions, they found that around 3.1 million deaths were averted across these 11 countries from the beginning of the epidemic up until 4 May 2020. Scientific evidence shows that COVID-19 restrictions reduced virus transmission and, by extension, saved lives[1,2].

Both New York Post articles also commented on the impact of COVID-19 restrictions on unemployment. The COVID-19 pandemic has impacted the economy, and an analysis by the International Monetary Fund (IMF) found that more stringent lockdowns are associated with higher unemployment rates.

However, not locking down and letting the virus spread without restrictions would also harm the economy, the IMF found. Even when no lockdown is imposed, people may choose to practice physical distancing to avoid being infected, which also harms the economy.

Some narratives around lockdowns portray it as a zero-sum game. One can either choose to save lives (lockdown) or save the economy (no lockdown). But this is inaccurate and an oversimplification, as the IMF analysis found:

“This characterization neglects the point that, despite imposing short-term economic costs, lockdowns may lead to a faster economic recovery by containing the virus and reducing voluntary social distancing. These medium-term gains may offset the short-term costs of lockdowns, possibly even leading to positive overall effects on the economy”.

If infections remain high, simply lifting lockdowns is unlikely to revive economic activity, as people will continue to practice physical distancing in the face of rising cases of illness and death, they added. An analysis of economic recovery found that high fatality rates severely hamper economic activity[7].

Similarly, the World Bank found that countries’ economies recovered faster when reopening was delayed until after the peak of deaths passed. Countries that reopened before this peak experienced a decline in economic activity.

Scientific evidence shows that lockdowns reduce the spread of COVID-19 and save lives, so the claim made by the New York Post that lockdowns “don’t appear to have saved lives” is false.

Lockdowns can have varying consequences on the economy, depending on how strictly they are applied and how a country manages its reopening. Although lockdowns have also contributed to economic recession and high unemployment rates, they can pay off in the long run, as the IMF analysis suggests. If lockdowns are strictly applied and the spread of the virus is brought under control, this would likewise limit the cases of illness and death in a population. These have an overall net positive effect on the economy, enabling a more rapid return to economic activity, thereby speeding up economic recovery.

I am disappointed that the results of my study have been misinterpreted. You’ll see from the title of the press release for this report that the conclusions are the opposite of the New York Posts’s claims:

The report finds that the benefits of lockdowns in reducing deaths don’t occur immediately. Instead, they occur several months down the road. To quote directly from the report: “…the increasingly strong relationship between high levels of openness and high DDPM [daily deaths per million] suggests that lockdowns have been effective in both reducing DDPM in highly infected states and in preventing new spikes in deaths. Additionally, this trend implies that states that are more open are susceptible to higher COVID-19 death rates.”

After our review was published, the New York Post corrected their article by removing the inaccurate claim that lockdowns did not save lives (see archive of corrected article).