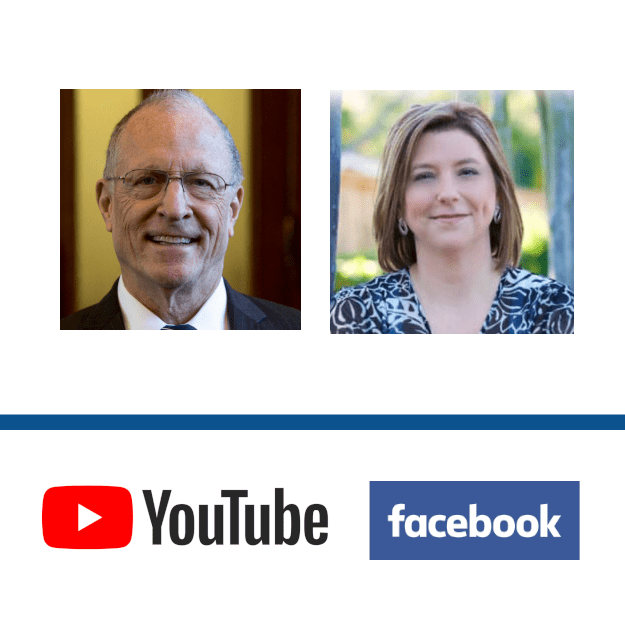 DETAILS
Factually inaccurate: All three COVID-19 vaccines authorized for emergency use by the U.S. Food and Drug Administration were tested in animals and in clinical trials on humans before receiving authorization.
Misleading: Reports of deaths occurring after COVID-19 vaccination alone aren’t evidence that the vaccines were the cause of deaths. The rate of deaths occurring among vaccinated individuals isn’t higher than in unvaccinated people, indicating that the vaccines aren’t the cause.
KEY TAKE AWAY

COVID-19 vaccines underwent preclinical testing in animals and clinical trials in tens of thousands of people, which established their safety and efficacy. Such testing is also a prerequisite for receiving emergency use authorization by the U.S. Food and Drug Administration. While deaths have occurred among vaccinated people, it is important to remember that more than 157 million people in the U.S. have been vaccinated, and that the rate of deaths among vaccinated people isn’t higher than that of unvaccinated people. This indicates that COVID-19 vaccines aren’t the cause of these deaths.

Video clips of a Texas Senate Committee meeting on 6 May 2021 showing an exchange on COVID-19 vaccine safety between Texas State Senator Bob Hall and pediatrician Angelina Farella, went viral on multiple social media platforms, including Facebook, Instagram, and YouTube. A video uploaded to YouTube received more than 96,000 views on the platform, and was shared more than 6,500 times on Facebook. Another clip uploaded to Instagram received more than 23,000 views within four days. Hall is the main sponsor of Bill SB1669, which was proposed in March 2021 to the Texas Senate. The bill would forbid mandatory vaccination for all vaccines, if successfully passed.

Hall has previously propagated medical misinformation by promoting hydroxychloroquine as a COVID-19 cure, despite the lack of evidence supporting its use, as explained in an earlier review by Health Feedback.

The exchange between Hall and Farella contained several inaccurate and/or misleading statements regarding the COVID-19 vaccines, some of which were also covered in earlier fact-checks by Health Feedback and other fact-checking organizations, as we discuss in detail below.

Hall: (referring to the COVID-19 vaccines) “If you see any other vaccine that was put out for the public that skipped the animal test?”
Farella: “Never before, especially for children.”

It is inaccurate to claim that the COVID-19 vaccines which received emergency use authorization by the U.S. Food and Drug Administration (FDA) skipped animal trials. All three vaccines authorized by the FDA to date, specifically those produced by Pfizer and BioNTech, Moderna, and Johnson & Johnson, underwent preclinical testing in animals before they received authorization. Studies reporting the results of these animal trials were published in scientific journals (Pfizer-BioNTech, Moderna, and Johnson & Johnson)[1-4]. A press release by Pfizer and news articles covering preclinical testing in animals were also published in 2020 (Moderna and Johnson & Johnson), preceding the authorization of the first COVID-19 vaccine in December 2020. The same claim, made about the RNA vaccines, was also fact-checked by Associated Press and found to be false.

Hall may be confusing the results of a 1990 study done on an earlier coronavirus vaccine candidate[5], which targeted a virus that infects cats but not humans, with those of the COVID-19 vaccines. In that 1990 study, some of the vaccinated cats died after becoming infected with feline coronavirus due to a phenomenon known as antibody-dependent enhancement (ADE). This occurs when antibodies generated against the virus improve the virus’ ability to cause disease, instead of protecting the infected individual.

Finally, it is false to say that authorized COVID-19 vaccines weren’t tested in people before being released for public use. It is also misleading to suggest that people who received the COVID-19 vaccines are “guinea pigs”. In fact, the FDA requires companies to submit evidence demonstrating that a vaccine is effective, and that its benefits outweigh its risks, before issuing emergency use authorization. The safety and efficacy of the RNA vaccines, produced by Pfizer-BioNTech and Moderna, were established by Phase 2 and 3 clinical trials in tens of thousands of people[6,7].

Phase 1 and 2 trials of the Johnson & Johnson vaccine were published in the New England Journal of Medicine, showing the vaccine to be safe[8], while an interim analysis of the Phase 3 trials, currently underway in tens of thousands of people, for the same vaccine also showed that the vaccine is safe and effective at protecting adults from severe disease.

Farella: “I’ve been in practice long enough that I actually was giving rotavirus [vaccine] back in 1999 and it was pulled off the market then because of 15 cases of intussusception. Intussusception is where the gut telescopes on itself. Intussusception is not necessarily life-threatening […] What has happened with this particular vaccine is appalling to me. We have in excess of 4,000 deaths and this thing has not been pulled yet.”

Hall: “We have this death count that continues to rise and be totally ignored.”

Farella correctly stated that one rotavirus vaccine, named RotaShield, which was approved by the FDA in 1998 was later taken off the market, and that this was because the U.S. Centers for Disease Control and Prevention (CDC) established that the vaccine caused an increased risk of intussusception in infants. Intussusception is a medical emergency.

Two emergency investigations by the CDC led to this conclusion:

As the above statement illustrates, investigators established a causal relationship between the rotavirus vaccine and these cases of intussusception because there was a clear, increased risk in vaccinated infants compared to the baseline risk of intussusception in infants who didn’t receive the vaccine.

Farella’s suggestion that 4,000 deaths occurring after COVID-19 vaccination point to a significant danger fails to account for the fact that the U.S. has vaccinated more than 157 million people to date. And in such a large group of people, we need to remember that incidental deaths and illnesses take place, and even unvaccinated people die for a variety of reasons. As illustrated in this commentary in Science Translational Medicine:

“We’re talking about treating very, very large populations, which means that you’re going to see the usual run of mortality and morbidity that you see across large samples. Specifically, if you take 10 million people and just wave your hand back and forth over their upper arms, in the next two months you would expect to see about 4,000 heart attacks. About 4,000 strokes. Over 9,000 new diagnoses of cancer. And about 14,000 of that ten million will die, out of usual all-causes mortality. No one would notice. That’s how many people die and get sick anyway.

But if you took those ten million people and gave them a new vaccine instead, there’s a real danger that those heart attacks, cancer diagnoses, and deaths will be attributed to the vaccine. I mean, if you reach a large enough population, you are literally going to have cases where someone gets the vaccine and drops dead the next day (just as they would have if they *didn’t* get the vaccine). It could prove difficult to convince that person’s friends and relatives of that lack of connection, though. Post hoc ergo propter hoc is one of the most powerful fallacies of human logic, and we’re not going to get rid of it any time soon.”

Therefore, it is necessary to compare the rate of the adverse event between the unvaccinated (baseline) and vaccinated groups. Only when the rate is significantly higher in the vaccinated group do researchers have grounds to hypothesize that there is a causal relationship. Indeed, such comparisons are what health authorities and regulatory agencies do when adverse events are reported.

As explained in this Health Feedback review, scientists observed that deaths haven’t occurred at a higher rate in vaccinated people as compared to unvaccinated people. Such an observation doesn’t support the claim that COVID-19 vaccines cause death, as Farella implied.

Finally, Hall’s claim that deaths after COVID-19 vaccines are being ignored isn’t true. Public health authorities investigate all reports of serious adverse events that occur after vaccination, such as death, as documented in this Health Feedback review. Similarly, authorities are also investigating cases of blood clots in people who received the Johnson & Johnson vaccine, as CNBC reported on 12 May 2021. It is therefore untrue to claim that serious adverse events are being ignored.

The review originally referred to Bob Hill as a U.S. Senator. This is incorrect; Hill is in fact a Texas State Senator. We have corrected this error.