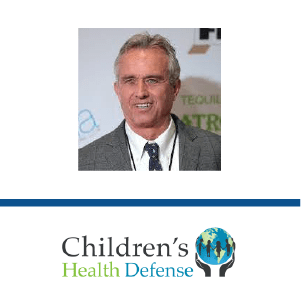 CLAIM
“Aaron’s tragic death is part of a wave of suspicious deaths among elderly closely following administration of COVID vaccines.”
VERDICT more about the rating framework

DETAILS
Misleading: The statement implies that the COVID-19 vaccines were the cause of a “wave of suspicious deaths” among elderly people. There is no evidence available to support this claim. Simply because an event occurred after vaccination does not mean that vaccination caused the event. In order to establish whether a vaccine caused an adverse event, one has to look beyond anecdotes and compare the incidence rate of the adverse event between a group that received the vaccine and a group that didn’t receive the vaccine.
KEY TAKE AWAY

The COVID-19 vaccines approved for emergency use by the U.S. Food and Drug Administration were thoroughly reviewed for safety and efficacy before approval. Like any medicine or medical procedure, vaccines can also cause side effects in some vaccinated individuals. Some of the common side effects of the COVID-19 vaccines are pain at the injection site, fever, headache, and fatigue. However, these side effects are mild and short-lived compared to the risks associated with natural infection, such as long-term effects of COVID-19 and death.

Baseball legend Hank Aaron passed away at the age of 86 on 22 January 2021. Aaron was among several civil rights icons to receive the Moderna COVID-19 vaccine on 5 January 2021. Motivated by the wish to show the African-American community that the COVID-19 vaccines are safe and encourage people to get vaccinated, Aaron told Associated Press that “I don’t have any qualms about it at all, you know. I feel quite proud of myself for doing something like this … It’s just a small thing that can help zillions of people in this country”.

CNN reported that Aaron “passed away in his sleep”. No cause of death was initially disclosed. On the same day of Aaron’s death, Robert F. Kennedy Jr., the chairman of the organization Children Health Defense that opposes vaccines, stated that “Aaron’s tragic death is part of a wave of suspicious deaths among elderly closely following administration of COVID vaccines.”

Kennedy’s remarks were widely shared across Facebook through this article, which received more than 36,000 interactions and was shared more than 11,000 times on Facebook, according to social media analytics tool CrowdTangle. His remarks were interpreted by others to mean that the vaccines are unsafe (see examples here and here). Children’s Health Defense has propagated false claims about the safety of the COVID-19 vaccines in the past (see here).

With regards to Aaron’s passing, the Morehouse School of Medicine in Atlanta, Georgia, issued the following statement: “His passing was not related to the vaccine, nor did he experience any side effects from the immunization. He passed away peacefully in his sleep.” And following an autopsy, the Fulton County Medical Examiner concluded that Aaron died of “natural causes”, as reported by WSB-TV on 26 January 2021.

The Children’s Health Defense article claims that “Adverse events to the COVID vaccine have been reported worldwide”. As support for its claim, it cited the deaths of 43 elderly people in Germany and Norway after they received the Pfizer COVID-19 vaccine. In other words, the article draws a causal association between the vaccine and the deaths solely because the deaths occurred after vaccination. However, simply because one event followed another event does not mean that the two events are causally linked to each other (also known as the post hoc ergo propter hoc fallacy).

As explained in this Reuters fact-check, Norway began vaccinating residents in care homes, which include people with serious illnesses: “On average, 400 people die each week in nursing homes and long-term care facilities in the Nordic country. Therefore, it is expected that some among this population would die from unrelated causes after receiving the vaccine”.

Norwegian fact-checking organization Faktisk reported in a fact-check that the Norwegian Medicines Agency said, “We will not give any general advice against taking the vaccines due to these reports of deaths in Norway”. The agency is in the midst of completing its investigation into the 33 reported deaths in Norway so far. Of the 33, investigations into 13 deaths have already been completed; these were found to not be causally associated with the COVID-19 vaccine.

There is also no scientific evidence supporting the claim that the COVID-19 vaccine causes death. Both the Pfizer-BioNTech and Moderna COVID-19 vaccines were approved for emergency use by the U.S. Food and Drug Administration (FDA), only after the FDA had reviewed the safety and efficacy data collected during clinical trials. This process is rigorous and transparent, and the findings of the clinical trials and FDA review are accessible to the public (see the FDA Briefing Documents for the Pfizer-BioNTech and Moderna vaccines).

Like any medicine or medical procedure, vaccines can also cause side effects in some vaccinated individuals. Some of the common side effects of the COVID-19 vaccines approved for emergency use by the FDA are pain at the injection site, fever, headache, and fatigue. However, these side effects are mild and short-lived compared to the risks associated with natural infection, such as long-term effects of COVID-19 and death.

The Global Advisory Committee on Vaccine Safety (GACVS) COVID-19 Vaccine Safety subcommittee reviewed the available information and data on deaths in frail, elderly individuals that occurred after receipt of the Pfizer-BioNTech COVID-19 vaccine. The GACVS is “a scientific and clinical advisory body to WHO”, which “aims to provide a reliable and independent scientific assessment of vaccine safety issues”. The GACVS is not itself part of the WHO.

On 22 January 2021, the GACVS subcommittee released the following statement after completing the review:

“Based on a careful scientific review of the information made available, the subcommittee came to the following conclusions:

The current reports do not suggest any unexpected or untoward increase in fatalities in frail, elderly individuals or any unusual characteristics of adverse events following administration of BNT162b2. Reports are in line with the expected, all-cause mortality rates and causes of death in the sub-population of frail, elderly individuals, and the available information does not confirm a contributory role for the vaccine in the reported fatal events. In view of this, the committee considers that the benefit-risk balance of BNT162b2 remains favourable in the elderly, and does not suggest any revision, at present, to the recommendations around the safety of this vaccine.

Countries should continue to monitor the safety of vaccines, and promote routine after-care following immunization, consistent with good immunization practices for any vaccine. The committee recommends that data on suspected adverse events should be collected and reviewed continuously – nationally, regionally, and globally – as the COVID-19 vaccines are rolled out, world-wide.

The GACVS subcommittee will continue to monitor the safety data from these vaccines and update any advice as necessary.” (emphasis added)

In other words, the rate of mortality observed in these elderly populations aren’t higher when compared to an unvaccinated population of the same age group. This suggests that the COVID-19 vaccine was not associated with the deaths, and these deaths occurred by coincidence.

Indeed, the occurrence of incidental illnesses and deaths, which would be expected to happen in a population regardless of whether vaccines are administered, is a source of concern to experts, as highlighted in this article by STAT News. Given that these incidental illnesses and deaths can be viewed as side effects of the COVID-19 vaccine, rather than simply a product of coincidence, these events can and have become the springboard for vaccine misinformation, as the article by Children’s Health Defense demonstrated. As explained in this commentary in Science Translational Medicine:

“We’re talking about treating very, very large populations, which means that you’re going to see the usual run of mortality and morbidity that you see across large samples. Specifically, if you take 10 million people and just wave your hand back and forth over their upper arms, in the next two months you would expect to see about 4,000 heart attacks. About 4,000 strokes. Over 9,000 new diagnoses of cancer. And about 14,000 of that ten million will die, out of usual all-causes mortality. No one would notice. That’s how many people die and get sick anyway.

But if you took those ten million people and gave them a new vaccine instead, there’s a real danger that those heart attacks, cancer diagnoses, and deaths will be attributed to the vaccine. I mean, if you reach a large enough population, you are literally going to have cases where someone gets the vaccine and drops dead the next day (just as they would have if they *didn’t* get the vaccine). It could prove difficult to convince that person’s friends and relatives of that lack of connection, though. Post hoc ergo propter hoc is one of the most powerful fallacies of human logic, and we’re not going to get rid of it any time soon.”

This review was updated to include a statement by Morehouse School of Medicine and a link to a WSB-TV news report on the Fulton County Medical Examiner’s report, which concluded that Hank Aaron had died of “natural causes”.