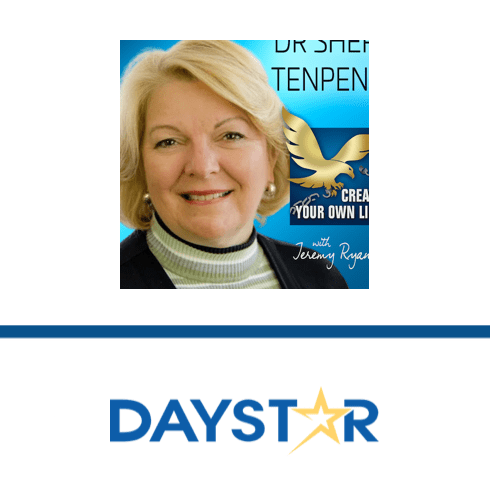 CLAIM
“The protein then can bind to your DNA and irreversibly change it”; “[It] has several different type of lipids on it that have never been injected into human beings before”; “We could be looking at right now as many as 12,000 deaths”
VERDICT more about the rating framework

DETAILS
Factually inaccurate: mRNA vaccines are designed to prompt our cells to produce a protein. They do not change your DNA.
Lacks context: Clinical trials in people showed that the COVID-19 RNA vaccines are safe. Any toxicity or common side effects are closely monitored and assessed as part of the approval process.
Misrepresents source: Deaths reported as adverse events following vaccination do not imply that the vaccine was a contributing factor. Medical reviews have not found evidence for COVID-19 vaccines contributing to any deaths.
KEY TAKE AWAY

The COVID-19 vaccines authorized for use in the U.S. were tested in thousands of people during clinical trials and were shown to be safe. The Pfizer-BioNTech and Moderna mRNA vaccines are designed to prompt our cells to produce the SARS-CoV-2 spike protein and cannot change your DNA. There are rare cases of anaphylactic reactions to the vaccines, which would be expected in any widely distributed vaccine. There is no evidence that the COVID-19 vaccines have contributed to any deaths.

FULL CLAIM: “The protein then can bind to your DNA and irreversibly change it”; “They put it in a lipid coating that has several different type of lipids on it that have never been injected into human beings before […] on the outside of that lipid coating is something called polyethylene glycol. Polyethylene glycol is known to cause big allergic reactions”; “It's well known that that database captures about 10 percent of adverse events so we could be looking at right now as many as 12,000 deaths"

In an interview with Daystar Television Network, Sherri Tenpenny, a physician, made several claims about the COVID-19 vaccines currently in use in the U.S. Specifically, she claimed that the COVID-19 RNA vaccines could modify human DNA and that they caused deaths. This interview has been viewed over 1 million times on YouTube and shared widely on Facebook. This review explains why her claims are inaccurate, misleading, or lacking in important context.

Claim 1 (Inaccurate): “The [Spike] protein then can bind to your DNA and irreversibly change it.”

In the video, Tenpenny described how the Pfizer-BioNTech and Moderna mRNA vaccines lead to the production of the SARS-CoV-2 spike protein in human cells. However, she added that “the protein then can bind to your DNA and irreversibly change it.”

As explained in a previous Health Feedback review, the COVID-19 RNA vaccines cannot modify our DNA. When the mRNA from the vaccine enters human cells, it triggers our cells to produce the SARS-CoV-2 spike protein. The spike protein is then transported to the surface of the cell, where it can be detected by our immune system. At no point in this process does either the mRNA or the spike protein enter the nucleus of the cell, where our DNA is stored. This means that neither the RNA from the vaccine nor the spike protein comes into contact with our DNA. Hence they cannot modify our DNA.

The Pfizer-BioNTech and Moderna mRNA vaccines use fatty molecules called lipids to protect the mRNA until it reaches our cells. These vaccines were tested in people during clinical trials, where toxicity is closely monitored. The safety testing showed that these vaccines are safe and that any severe side effects are very rare.

Scientists have identified polyethylene glycol (specifically PEG-2000), a molecule attached to the lipids used in the mRNA vaccines, as a potential cause for rare cases of anaphylactic shock following COVID-19 vaccination[1,2]. Polyethylene glycol is not new in medicine and has already been used in drugs, where rare reactions have been observed. Polyethylene glycol is also used in everyday products such as toothpaste and shampoo as thickeners and solvents.

Anaphylaxis typically happens within several minutes. A patient with anaphylaxis can be treated with epinephrine (adrenaline), although they should also follow this up with an immediate trip to the emergency room. Guidelines from the U.S. Centers for Disease Control and Prevention (CDC) recommend not giving a vaccine to anyone with a history of severe allergic reaction to any component of that vaccine. Based on reports so far, anaphylactic shock happens to about two to five people per million vaccinated with COVID-19 vaccines. A previous study estimated that vaccines in general trigger an anaphylactic shock in about one in a million people[3].

In light of these figures, it is important to keep in mind that more than 530,000 people in the U.S. have died from COVID-19 to date. The RNA vaccines have shown more than 90% efficacy at preventing COVID-19. Overall, the benefits of the COVID-19 vaccines outweigh their risks.

Claim 3 (Misleading): “It’s well known that that database captures about 10 percent of adverse events so we could be looking at right now as many as 12,000 deaths […] Can you think of any product in any industry […] that if somewhere between 1200 and 12,000 people had been killed using it in the first 10 weeks of use that it would still be on the market?”

There is no evidence that COVID-19 vaccines have caused deaths. Following any report of a death as an adverse event following vaccination, the CDC and the U.S. Food and Drug Administration physicians carry out a review. As the CDC stated on its website:

“Over 92 million doses of COVID-19 vaccines were administered in the United States from December 14, 2020, through March 8, 2021. During this time, VAERS received 1,637 reports of death (0.0018%) among people who received a COVID-19 vaccine. CDC and FDA physicians review each case report of death as soon as notified and CDC requests medical records to further assess reports. A review of available clinical information including death certificates, autopsy, and medical records revealed no evidence that vaccination contributed to patient deaths.”

As Health Feedback explained previously, the reporting of an adverse event following a vaccine isn’t evidence that it was caused by the vaccine. The U.S. Vaccine Adverse Events Reporting System (VAERS) stated:

“A report to VAERS generally does not prove that the identified vaccine(s) caused the adverse event described. It only confirms that the reported event occurred sometime after [the] vaccine was given. No proof that the event was caused by the vaccine is required in order for VAERS to accept the report.”

The COVID-19 vaccine rollout recommendations prioritized people who are most vulnerable to the disease, including the elderly and those with underlying health conditions. It is important to note that a certain proportion of the general population will die regardless of whether they receive the vaccine or not. There isn’t any indication that the vaccinated populations are dying at a higher incidence compared to the unvaccinated population, which suggests that the COVID-19 vaccines aren’t causing deaths.

The COVID-19 RNA vaccines are unable to modify our DNA. Adverse events reported following vaccination does not suggest that the vaccine was the cause. There is no evidence that the COVID-19 vaccines have contributed to any deaths. Data from clinical trials show that the COVID-19 vaccines authorized for use in the U.S. are safe and highly effective at preventing disease. While severe allergic reactions to the vaccine can occur, they are extremely rare and can be easily treated in a medical setting. Common side effects, like headaches, fever, and pain at the injection site, are mild and short-lived compared to the risks associated with getting COVID-19 itself. Overall, the benefits of the COVID-19 vaccines outweigh their risks.

Teja Celhar, Research Scientist, Singapore Immunology Network:
In her interview, Sherri Tenpenny claims that “there’s a real issue with the antibodies that are created through this process,” referring to mRNA vaccination. She continues “I have mapped out about 10 different mechanisms of injury that anti-spike antibody can cause inside of your body, once it has been created by that manufacturing process I just described.”

First, Tenpenny does not explain any of these ten possible mechanisms she has mapped out. Second, while the mRNA vaccines are manufactured, the antibodies are not created by a “manufacturing process”. The process of antibody production inside of human bodies is the same in a natural infection, where the spike protein is expressed by the virus[4], or in the case of mRNA vaccination, where the protein is translated from the injected mRNA in the vaccine[5]. In both cases, an individual will produce several different antibodies and recent data suggests that similar antibodies are raised during vaccination and natural infection[5], which is one of the goals of effective vaccines.

Later in the interview, Tenpenny references a study that analyzed cross-reactivity of human anti-SARS-CoV-2 antibodies with human tissue antigens[6]. While the study raises valid concerns, it does not provide any direct evidence that antibodies produced upon vaccination would cause autoimmunity. Tenpenny wrongly states that “serum that had the anti-spike antibody on it” was used in these studies, while in fact the authors purchased commercially available antibodies against SARS-CoV-2 spike protein S1 and S2 domains, nucleoprotein, envelope and membrane proteins from several companies. These antibodies have been shown to cross-react with several tissue antigens[6].

It has to be noted that antibodies that bind to human tissues in laboratory tests (auto-antibodies) are abundant in all human serum[7], however, only 3-7% of the general population has an autoimmune disease[8]. While cross-reactivity has been shown in a laboratory setting on test plates with few selected commercially available antibodies[8], there is no data at the present moment that would support the claim of Tenpenny that “the antibody attacked the mitochondria and make it not work correctly.” She believes/it is her opinion that “this is one of the reasons why one of the most profound side effects [after people] have received one of these three approved shots is profound fatigue.” With this statement, Tenpenny shows a lack of understanding of autoimmunity, which takes many years to develop, even after autoantibodies binding to tissues have been detected in the serum of individuals[9,10].

The link between viral infection and autoimmunity has been studied for many years[11], thus it is not surprising that COVID-19 may induce or exacerbate autoimmunity in susceptible individuals[6]. Since vaccination induces very similar antibodies to natural infection[4,5] there is a possibility of cross-reactivity that needs further investigation. However, as the authors of the cited study[6] conclude: “while the possibility of future autoimmune disease is daunting and very real, it must be remembered that without vaccinations the SARS-CoV pandemic will spread unchecked, bringing with it a slew of multiple system disorders including autoimmunities both in the present and the future.”

Tenpenny’s advice to the viewers not to get vaccinated will thus not prevent any possible autoimmune diseases if the virus continues to spread. Instead, more thought should be given to how to identify individuals that are susceptible to autoimmunity or have an ongoing autoimmune disease and exempt them from vaccination if the possible risks are proven to overweigh the benefits.

UPDATE (21 April 2021):
Dr. Celhar’s comment was received and included after the initial publication. This comment further supports the original verdict and did not modify it.