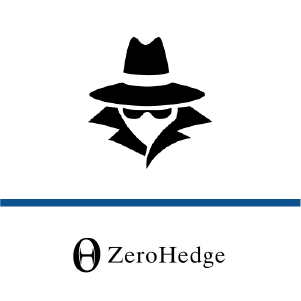 DETAILS
Inaccurate: To accurately estimate the infection fatality ratio (IFR) of a disease, calculations should exclude infections and deaths from recent periods of time, because the time lag between infection, death, and reporting means that mortality data for this period is incomplete. The claim incorrectly estimates the IFR for COVID-19, because it includes recent data and assumes that 10% of the population was infected by the virus, which was the upper bound of an estimate from the WHO of the global frequency of COVID-19 infections.

The infection fatality ratio (IFR) indicates the proportion of people who die from a disease among all people infected, including both confirmed cases as well as undetected infections. The claim that COVID-19 is no more dangerous than the flu is based on a misinterpretation of the WHO’s estimate that a maximum of 10% of the global population has been infected by the virus that causes COVID-19. Calculating IFR with the upper bound of the WHO’s estimate and recent infection data underestimates the global COVID-19 IFR, which according to current estimates, is at least ten times higher than that of the flu. In addition to lethality, its global distribution, lack of vaccines or effective treatments, and potential long-term damage to survivors make COVID-19 a more significant danger compared to the flu.

FULL CLAIM: “The World Health Organization has finally confirmed […that] the coronavirus is no more deadly or dangerous than seasonal flu”; “WHO estimates [that] 35 million [people have been] infected with COVID-19, putting infection fatality rate at 0.14%”

The claim that the World Health Organization (WHO) confirmed that COVID-19 is no more dangerous than flu started circulating in several articles around 8 October 2020 (examples here and here). Similar versions of this claim received over 20,000 interactions altogether, according to the social media analytics tool CrowdTangle.

The claim is based on a 5 October 2020 statement from Michael Ryan, executive director of the WHO Health Emergencies Programme, in an Executive Board special session on the COVID-19 response. Ryan said that, according to the WHO’s best estimates, the virus that causes COVID-19 could have infected up to 10% of the global population. This statement led to misleading comparisons between the lethality of COVID-19 and that of the seasonal flu that questioned the need of public health measures to reduce the spread of COVID-19.

The infection fatality ratio (IFR) is one of the best measures to describe the lethality of an infectious disease. IFR indicates the proportion of people who die from a disease among all who have been infected, including both confirmed cases as well as undetected infections. Obtaining an accurate IFR estimate is essential for implementing appropriate public health responses, but it is also extremely challenging to estimate because many infections go undetected. Excess mortality data suggest that many deaths may go unreported as well.

Based on Ryan’s statement, some articles estimated that COVID-19 has an IFR of 0.14% by dividing one million confirmed COVID-19 deaths worldwide by 780 million infections, which corresponds to 10% of the global population. However, this interpretation is incorrect. As Ryan clarified during a 12 October 2020 virtual press conference, he did not confirm that 10% of the global population had been infected, but that 10% was the upper bound of the estimated number of infections so far:

[W]hat I was actually trying to communicate was that the vast majority of human beings on this planet remain susceptible to the virus. I believe what I said was that many studies had demonstrated that 10% or less of people had been infected, although that was very variable with some slum areas, high-risk populations like health workers being much higher.

Maria Van Kerkhove, epidemiologist and COVID-19 technical lead for the WHO Health Emergencies Programme, stated that recent estimates of COVID-19’s IFR “all converge around a point estimate of around 0.6%. That may not sound like a lot, but that is a lot higher than influenza, and the infection fatality ratio increases dramatically with age.” Most recent studies estimate an overall COVID-19 IFR around 0.68%[1], which is consistent with the general scientific consensus that COVID-19 is at least ten times more deadly than seasonal flu.

As Christophe Fraser, an epidemiologist at Oxford University, explained in a Twitter thread, the overall IFR estimate for an average seasonal flu is around 0.04%. Thus, even if COVID-19’s IFR was indeed 0.14% as claimed, it would still be about four times higher than that of seasonal flu.

In addition to the incorrect use of a 10% frequency of infection to calculate the IFR, comparing the cumulative number of infections and the current number of deaths is misleading because it is based on incomplete data. Accurate reporting of COVID-19 deaths involves a lengthy and complex process, which duration depends on the reporting capacity of each country or territory. For example, this process can take up to four weeks in the U.S. as Health Feedback explained in a previous review.

Furthermore, COVID-19 deaths occur several weeks after infection, resulting in a lag time of four to eight weeks on average between infection, death, and reporting. To get an idea of the relevance of this delay for an accurate IFR estimate, from 21 September until 12 October 2020, the WHO registered over 150,000 deaths worldwide. An IFR estimate that ignores the delay in death reporting would exclude those deaths from the calculation. For that reason, IFR estimates are always calculated retrospectively, once the death count corresponding to previously reported infections is expected to be complete.

Also, the 0.14% IFR estimate fails to account for the extensive IFR variability between populations due to a different distribution of risk factors such as age, ethnicity, access to healthcare, and underlying health conditions in each population[2,3]. Taking into account such differences is essential for adapting the intensity of public health measures to the specific risk in one particular country or population.

Over the past few months, there has been a global rise in COVID-19 cases, hospitalizations, and need for intensive care, and on 11 October, the WHO registered the highest number of reported COVID-19 cases in a single week. This trend is unlikely to improve within the next few months, as colder weather will drive people to spend more time in less ventilated indoors spaces. Furthermore, the COVID-19 pandemic now overlaps with the annual flu season, which might worsen the clinical outcome of patients co-infected by both viruses[4].

In addition to lethality, there are other factors that determine the public health threat of a disease. COVID-19 is not only more deadly than seasonal flu, but also more infectious, as Health Feedback previously mentioned in this review. In contrast to the flu, no effective treatments or vaccines are currently available for COVID-19. Finally, COVID-19 can cause a variety of health problems, including heart failure, difficulty breathing, and neurological disorders, some of which may be persistent[5] and can significantly impair a patient’s recovery and quality of life.

In summary, the claim that COVID-19 is no more dangerous than the flu is misleading and based on an inaccurate estimate of the IFR. While the IFR estimate of 0.14% was calculated using a 10% global infection rate, 10% is actually the upper bound of that estimate, which means that the percentage of people that have been already infected by the virus that causes COVID-19 is at or below that percentage. Furthermore, the IFR estimate relies on current death counts without taking into account delays in the reporting of deaths. Current scientific evidence indicates that COVID-19 is not only more deadly than seasonal flu, but also more contagious and may be capable of causing long-lasting damage to survivors.

This article from The Conversation explains how data about cases, hospitalizations, and deaths from COVID-19 are collected and defines the most common indicators of COVID-19 transmission. This other article, also from The Conversation, provides a very detailed explanation of five common mistakes when interpreting COVID-19 statistics.