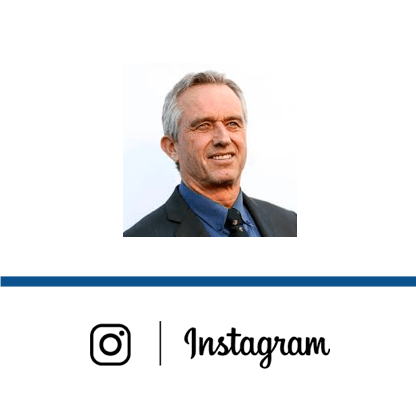 DETAILS
Inaccurate: Contrary to the claim, the lethality of COVID-19 measured as the infection fatality ratio is an order of magnitude, which means at least ten times, higher than that of the seasonal flu.
Lacks context: The CDC’s estimates of the infection fatality ratios for the different age groups do not represent percentages but proportions. A misinterpretation of these values may underestimate the lethality of COVID-19 by a factor of 100.

The measure that best describes the lethality of an infectious disease is the infection fatality ratio (IFR). The IFR indicates the proportion of people who die from a disease among all the people infected, including both confirmed cases as well as undetected infections. According to their respective IFR estimates, COVID-19 is at least ten times more deadly than an average flu season, particularly for middle-aged and elderly people. Furthermore, the lack of effective treatments or vaccines for COVID-19, along with potential long-term damage to survivors, make COVID-19 a serious health threat.

An Instagram post by Robert F. Kennedy Jr. claiming that COVID-19 is less deadly than flu started circulating on 27 September 2020. The post replicates a table included in a 10 September 2020 update from the U.S. Centers for Disease Control and Prevention (CDC) reporting the best current estimate of the infection fatality ratios (IFRs) for COVID-19 in different age groups. The post received around 35,000 interactions in two days, according to the social media analytics tool CrowdTangle, and was later shared more widely on Facebook.

Similar misleading comparisons between the mortality of COVID-19 and flu or other respiratory diseases have been used to downplay the severity of COVID-19 since the initial epidemic outbreak. However, as we explain below, current epidemiological data indicate that COVID-19 is more lethal than seasonal flu.

The measure that best describes the lethality of an infectious disease is the infection fatality ratio (IFR). The IFR indicates the proportion of people who die from a disease among all who have been infected, including both confirmed cases as well as undetected infections. However, obtaining an accurate IFR estimate is a challenge, as counting the number of deaths can be inaccurate in the middle of an epidemic outbreak, and people without symptoms often go undetected. Seroprevalence studies, which detect the presence of antibodies against the virus in the blood, can be conducted to identify infected people, therefore improving the accuracy of IFR estimates for a disease.

The overall IFR estimate for COVID-19 is 0.68%, ranging from 0.53% to 0.82%, according to data from a study that systematically analyzed 24 previous studies, including antibody surveys[1]. As Christophe Fraser, an epidemiologist at Oxford University, explained in this Twitter thread, the overall IFR estimate for seasonal flu is around 0.04%. These IFRs indicate that COVID-19 is between 13 and 20 times more deadly than seasonal flu, contrary to what the post claims.

The mortality of flu can vary widely from season to season depending on the strains of the virus circulating, the portion of the population immune to those viruses, the timing of the season, and the number of people vaccinated. The CDC provides annual estimates of the impact of seasonal flu in the U.S. For example, the 2018-2019 season caused an estimated 35.5 million flu cases and 34,000 deaths. The 2017-2018 season, which was a particularly severe flu season in the U.S., caused an estimated 45 million flu cases and 61,000 deaths. According to the Coronavirus Resource Center by Johns Hopkins University, COVID-19 has caused more than 200,000 confirmed deaths in the U.S. so far, despite the implementation of preventive measures such as lockdowns and the use of face masks in some states. Given that the pandemic is still ongoing, the death toll will only continue to increase.

The IFR values for individual age groups show that while COVID-19 currently poses a low risk for children and younger adults, the mortality risk for middle-aged and elderly people is much higher than that of the flu. According to data from a recent preprint (a study that has not been peer-reviewed yet), the age structure of different populations might explain up to 90% of the geographical variation in the IFR for COVID-19[2]. Consequently, the implementation of public health measures (i.e extensive flu vaccination) that specifically limit the infection among vulnerable age groups could significantly reduce the overall mortality of COVID-19. However, the analysis did not take into account other factors which may also affect IFR, such as comorbidities or healthcare capacity.

In addition to lethality, COVID-19 has other characteristics that make this disease particularly dangerous. Firstly, COVID-19 is a relatively new disease that emerged less than a year ago, therefore there are no effective treatments or vaccines available for the disease. In contrast, decades of research on the flu led to the development of specific vaccines and antiviral drugs that reduce the spreading of the infection and the severity of the disease. Secondly, COVID-19 can cause a variety of health problems due to the disease and long hospitalizations and ICU stays that are sometimes involved in more severe cases. Specifically, scientists observed damage to various organs, including the lungs and heart, as well as the brain in COVID-19 survivors, some of which may be severe and persistent[3].

In summary, the claim that COVID-19 is less deadly than the seasonal flu is inaccurate. Current data indicates that COVID-19 is between 13 and 20 times more lethal than an average flu season. Furthermore, clinical data from COVID-19 survivors indicate that a certain proportion suffer from chronic health problems after recovering from the initial infection, suggesting that some people develop long-lasting damage in organs such as the lungs, heart, and brain as a result of COVID-19.