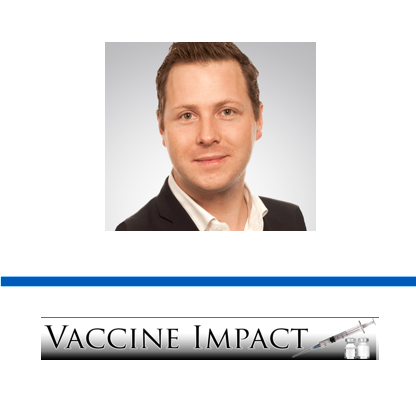 Rapid antigen tests are highly accurate in detecting SARS-CoV-2 in human samples from the throat and nose. However, like any other test, they should be carried out correctly according to the manufacturer’s instructions. Misuse of antigen tests either by testing inappropriate samples such as fruits and soft-drinks or using wrong conditions of sterility and pH would render the results unreliable and useless.

During a 10 December 2020 parliamentary speech, Michael Schnedlitz, a member of the National Council of Austria, shared a live video showing how Coca-Cola tested positive in a COVID-19 antigen test. Based on this result, Schnedlitz claimed in a press release that COVID-19 mass testing was “worthless.” Many users shared Schnedlitz’s experiment on Facebook, Instagram, and Twitter (examples here, here, and here), receiving more than 120,000 interactions, according to the social media analytics tool CrowdTangle.

Some of the posts wrongly state that Schnedlitz used a PCR test. This is incorrect; PCR tests require special laboratory equipment and several hours to produce results. Instead, Schnedlitz used “one of the tests that the Federal Ministry uses for mass testing,” which is a rapid antigen test. These tests can detect the presence of viral proteins with an accuracy of over 96% and within minutes. According to the Austrian Ministry of Social Affairs, Siemens and Roche are the companies that provide COVID-19 rapid antigen tests for mass testing in Austria.

However, COVID-19 antigen tests are designed for testing swab samples from the throat or nose. Testing other substances, like Coca-Cola, is incorrect and uninformative, as Roche explained to the Austrian verification association Mimikama:

“Cola is not the test substance intended for the test, and therefore we cannot consider this a valid method for performing the test. The physiological pH in the body is tightly regulated to pH 7. On the other hand, Cola is very acidic (pH 2.2), which destroys most of the proteins and renders this test useless. Any protein-based test would not work with Cola or would give false results. The same is true for very basic conditions or chaotropic salts that denature proteins.”

To be reliable, antigen tests should be carried out correctly by trained personnel and following the manufacturer’s instructions, which is not the case with Schnedlitz’s demonstration. Dialab, the manufacturer of the test that Schnedlitz used, explained in a Facebook post that he misused the test:

“Firstly, the ‘sample’ was not swiveled out in a buffer. In a correctly performed test, the sample is always swirled first in a liquid (buffer) that keeps the pH value constant. Applying the ‘sample’ (in this case coke, which has a pH of 2.5) without using the buffer in the process, as in the case of the politician, destroys the antibody protein of the test, which reacts with the virus. This destroys the buffer layer and makes the positive marker visible. This result would also be expected in tests from any other manufacturers. If the test had been appropriately applied, as described in the package insert, the test would be negative.”

The company also published a video on YouTube to demonstrate that carrying out the test correctly with Coca-Cola led to a negative result.

Several posts showed testing of various foods, such as applesauce, kiwi, or fruit juice, to question the reliability of COVID-19 tests. This trend is similar to a claim from the President of Tanzania, John Magufuli, who in May 2020 stated that a papaya, a quail, and a goat tested positive for COVID-19. However, those are other examples of the COVID-19 tests being used incorrectly. A spokesperson from the Austrian Ministry of Social Affairs explained to the German fact-checking organization Correctiv that food might produce false results in throat samples, likely due to contamination or by altering some properties of the sample like the pH. Therefore, the Ministry recommends not eating anything or consuming soft drinks two hours before the test. In addition, Austrian public health authorities confirm every positive COVID-19 result from mass antigen tests by PCR to avoid false positives.

In summary, Schnedlitz misused the COVID-19 antigen test by testing Coca-Cola instead of human samples and by excluding the buffer that keeps the pH of the experiment constant. The acidity of Coca-Cola resulted in a false positive that provides no evidence about the accuracy of antigen tests or their usefulness in mass testing for COVID-19. Furthermore, Austria confirms every positive COVID-19 result from mass antigen testing by PCR.

Reuters and PolitiFact also fact-checked this claim and found it “False.”
This article in Nature explains how antigen tests work and their advantages and disadvantages compared to other COVID-19 tests.