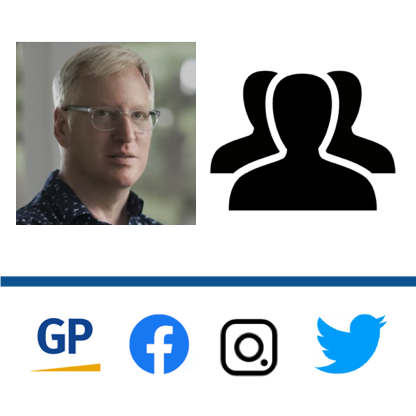 DETAILS
Misleading: The CDC update doesn't mean that the agency now uses a lower bar to measure children's development. Instead, the update is intended to improve the detection of developmental delays by focusing on the 25% of children who lag behind.
Unsupported: While more research is needed, the available evidence so far doesn’t indicate that the use of face masks impairs children’s development in the long term.
KEY TAKE AWAY

In February 2022, the U.S. Centers for Disease Control and Prevention updated its developmental milestone checklists. The new checklists aim to improve the early detection of autism and developmental delays. This strategy would allow families and physicians to better identify those children who can benefit from early intervention programs, which in many cases, can help them to catch up to their peers.

On 8 February 2022, the U.S. Centers for Disease Control and Prevention (CDC) updated its checklist for developmental milestones for children up to five years old. These milestones are specific physical and behavioral skills that infants and children show as they grow, such as walking, speaking, or showing particular signs of social interaction. Failure to reach one or more milestones can be an early warning sign of autism or developmental delays.

The new checklists represent the first update in developmental milestones since the CDC launched the “Learn the Signs. Act Early.” campaign in October 2004. The update introduces several changes, such as moving some milestones to later ages as compared to the previous checklists. These changes were interpreted by many social media users to mean that the update downgraded the standards for early development (see examples here and here). Some interpreted it as an attempt from the CDC to hide the negative consequences of the COVID-19 pandemic in children’s development (here and here).

Some claims went further and explicitly claimed that developmental delays were caused by COVID-19 restrictions, particularly the use of face masks. One example is this article in the Gateway Pundit, claiming that the CDC changes responded to “Two Years of Devastating Masking Policies”. Similar claims spread widely on other websites (here, here, and here) and social media platforms, including Facebook, Instagram, Twitter, and Reddit. Such posts combined received more than 20,000 interactions, according to the social media analytics tool CrowdTangle.

However, these claims are misleading and misrepresent both the grounds and the objective of the CDC update. Rather than reflecting impairments in children’s development, the update aims to make the checklists more helpful in identifying potential developmental delays, as we will explain below. This review will also discuss the scientific studies evaluating the effect of face masks on children’s development.

Why and how did the CDC change developmental milestones checklists?

Developmental milestones provide essential information about a child’s early development. However, every child develops at a different rate, and the range of what is considered an adequate development varies widely.

Previous CDC checklists set developmental milestones using 50th percentiles­, that is, what 50% of the children are expected to achieve by a certain age. For example, according to these checklists, 50% of children were expected to pull up to stand and walk holding on to furniture at 12 months. Research indicates that using this estimation provides information about typical development, but isn’t clinically useful to define which children need further evaluation[1].

According to the American Academy of Pediatrics (AAP), milestones set in that way often led families and clinicians to use a “wait-and-see approach”, since half of children aren’t expected to reach that milestone by that age. This wasn’t helpful to identify potential developmental problems because it delayed diagnoses and interventions.

To improve the usefulness of the checklists, the CDC and the AAP reviewed the milestones in conjunction with a group of eight experts[2]. The new checklists don’t rely anymore on 50th percentiles but instead use 75th percentiles, meaning they are based on what at least 75% of the children can do by a certain age. This makes it easier to identify potential delays in the 25% of the children that lag behind, favoring early intervention. The U.S. Autism Society issued a statement supporting the CDC’s update as a way to promote earlier diagnoses. Others, like the American Speech-Language-Hearing Association (ASHA), are still evaluating the changes at the time of this review’s publication.

Besides this major change, the update set additional social and emotional milestones and new checklists for ages 15 and 30 months to match every well-child visit—scheduled appointments to track growth, development, and get recommended immunizations—up to five years old. It also removed duplicate milestones and vague language like “may” or “begins”.

Because some children need more time than others to develop a certain skill, the proportion of children who achieve that skill increases as time goes by. That is why the new checklists moved some milestones to later stages, because waiting for at least 75% of the children to achieve a skill, by necessity, take more time than if we only consider the fastest 50% of the children.

However, setting the milestones based on what 75% of the children can do doesn’t mean that the fastest 50% of children are developing slower than before. Therefore, contrary to what posts and articles claimed, the CDC update doesn’t reflect a downgrade in children’s development standards but a change in the strategy of developmental surveillance.

Facial expressions are an essential aspect of children’s emotional development and learning. Therefore, concerns about whether the use of face masks by children and adults surrounding them may impair children’s development are reasonable and understandable.

While data on this subject is still limited, no clear evidence indicates that the use of face masks impairs children’s development, according to a 6 December 2021 science brief from the CDC. A few studies do show that the use of face masks may interfere with verbal communication and with children’s ability to recognize faces and read emotions[3,4]. However, this doesn’t necessarily prevent children from learning and socially interacting.

Several experts in child development explained in an article in National Geographic that face masks are unlikely to cause long-term effects because children are very adaptable and can use alternative cues to read people’s faces. For example, a 2012 study published in Cognition showed that face masks didn’t impair facial expressions reading in children aged three to eight[5]. In fact, the authors noted that children preferred focusing on the eyes, even when faces were entirely uncovered.

In 2021, the same research group published a similar study in PLoS ONE. The study showed that children aged seven to 13 had no more difficulty reading facial expressions in pictures of people wearing face masks than those wearing sunglasses[6]. Based on these results, the study concluded that “children’s social interactions may be minimally impacted by mask wearing”. The authors further highlighted that children don’t face static pictures in everyday life but real people who provide additional information, such as body posture, speech, and tone of voice.

The AAP and the ASHA explain on their websites that current evidence doesn’t indicate that face masks negatively impact children’s speech and language development. For example, visually impaired children and those from cultures in which adults regularly wear face coverings develop speech and language skills at the same rate as their peers by using other cues.

Psychologists from the University of Miami evaluated the effect of face masks in language development in three- and four-year-old children at the University’s Debbie Institute preschool. The researchers used audio recordings to compare the rate of language sounds per minute and diversity of the speech in two classrooms, one in early 2020 before the COVID-19 pandemic began, and another one in 2021 after face masks were required for children over the age of two. The researchers found no differences in language before and after face mask requirement. In fact, children wearing face masks produced more complex speech sounds than those who didn’t wear them.

Other potential effects of face masks on children

One common argument in the debate about the effect of face masks on children is that wearing a face mask for long periods of time causes them unnecessary anxiety and stress (see example here). There is clear evidence that the COVID-19 pandemic has increased the rate of depression and anxiety compared to pre-pandemic levels[7]. However, the idea that face masks contributed specifically to this phenomenon is currently not supported by science.

Judith Danovitch, a developmental psychologist at the University of Louisville, wrote in an opinion article for the New York Times that despite limited data, “there is plenty of reason to believe that [face masks] won’t cause any harm”. She explained:

“Ultimately, how children feel about wearing masks at school, and how much they psychologically benefit from wearing them, is going to depend on how the parents, teachers and caregivers around them present the issue.”

In contrast, face mask policies have provided several benefits for children. The most evident is that face masks reduce the spread of SARS-CoV-2 in schools, preventing COVID-19 and its associated risks in children. Furthermore, the use of face masks helped keep schools open[8], which is critical for children’s academic and social development.

Other concerns, such as face masks interfering with breathing, have no scientific basis and have been debunked several times. Many studies show that face masks don’t impair breathing in adults or children[9], as Health Feedback explained in earlier reviews (here, here, here, and here). The AAP also explains that face masks are safe and effective for anyone over 2 years old and don’t interfere with oxygen intake, lung development, or the immune system.

The CDC update to its developmental milestone checklists doesn’t reflect a downgrade in children’s development standards. It also doesn’t imply that children are developing slower, contrary to claims on websites and social media. Instead, the update represents a change in the way of monitoring developmental delays in children to promote early intervention.