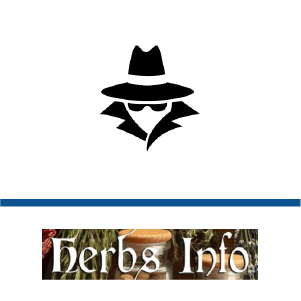 DETAILS
Misleading: The article uses data from the Vaccine Adverse Event Reporting System (VAERS) to claim that the HPV vaccine has caused many dangerous side effects. VAERS only tracks adverse events occurring after a vaccination, but does not establish causality between the vaccine and event.
Misrepresents source: The article quote-mines or misinterprets the meaning of scientific publications to support the claim that HPV vaccines are risky.
KEY TAKE AWAY

While VAERS maintains a record of adverse events reported after vaccination, no causal relationship between HPV vaccines and any of the serious side effects reported has been identified in scientific studies. In the US, approximately 13,000 new cases of cervical cancer will be diagnosed every year, and in 2016, more than 200,000 women were living with the disease. HPV vaccines play an important role in protecting future generations of women from cervical cancer.

FULL CLAIM: side effects of the [HPV] vaccine outweigh the positives, stating that the risk of cervical cancer [in] the U.S. is already extremely low, and that vaccinations are unlikely to have any effect upon the rate of cervical cancer in the United States

This article, published on Herbs Info and shared more than 350,000 times, claims that HPV vaccines cause serious side effects and death, and that these side effects outweigh the benefits. Further, the article alleges that these claims are supported by statements from one of the scientists who developed the HPV vaccines, Dr. Diane Harper. These claims have also circulated via several other outlets such as The Health Wyze Report and Renegade Tribune.

Physicians and scientists who reviewed this article, including Dr. Harper, have stated that these claims are unfounded, explaining that there is no scientific evidence supporting the claim that HPV vaccines cause the “dangerous side effects” that were reported. They also spoke in support of the vaccines’ benefits, highlighting that even simply preventing HPV infection alone would protect individuals from having to live with a sexually transmitted disease that cannot be cured. Reviewers also stated that the HPV vaccine could indeed have the potential to prevent future cases of cervical cancer, supported by recent studies published in 2019[1,2] (one of which is based on modelling and the assumption that vaccine protection is lifelong)&.

The article uses information from the Vaccine Adverse Events Reporting System (VAERS) as evidence for its claim that HPV vaccines cause serious problems such as venous thromboembolism and death. As explained by VAERS itself: “While very important in monitoring vaccine safety, VAERS reports alone cannot be used to determine if a vaccine caused or contributed to an adverse event or illness. The reports may contain information that is incomplete, inaccurate, coincidental, or unverifiable. In large part, reports to VAERS are voluntary, which means they are subject to biases. This creates specific limitations on how the data can be used scientifically. Data from VAERS reports should always be interpreted with these limitations in mind.”

Simply because an event occurred after vaccination does not mean that vaccination caused the event (the post hoc ergo propter hoc fallacy).

The article significantly misrepresents Dr. Harper’s comments in an editorial published in the journal Expert Review of Vaccines, quote-mining a passage to suggest that the HPV vaccine does not work and is risky. However, reading the article in full (which can be found on ResearchGate as a PDF) would lead one to the opposite conclusion. Another study evaluating HPV vaccine safety (specifically autoimmune disease incidence)[3], cited by the article, was also misconstrued to support the idea that HPV vaccination is dangerous, when in fact the study concluded that HPV vaccines were not associated with a higher likelihood of autoimmunity.

It is correct to say that cervical cancer is one of the least common cancers in the United States, but in 2016, nearly 13,000 new cases were diagnosed[4]. Within the same period, National Cancer Institute statistics show that approximately 290,000 women were living with the disease, while more than 4,000 women died from it. The estimated incidence of cervical cancer in 2019 is about 13,000, similar to the incidence in 2016. While it is correct that the majority of HPV infections resolve in time without developing into cancer, cervical cancer still takes a toll on the lives of many women, and the risks associated with HPV infection should not be minimized.

Diane M Harper, Professor, University of Michigan Medical School:
The HPV vaccines will protect those vaccinated from contracting and transmitting HPV infections. Even a mere HPV infection causes significant decrease in quality of life for women who are now positive for a sexually transmitted disease (STD). Even if all the vaccines do is decrease HPV infection, they will be beneficial in protecting women (and some men) from the psychological trauma of living with a STD that has no cure.

Prevention of cancer is a possibility, but only 40% of CIN 3 lesions progress to cervical cancer over 30 years, so we do not know if the HPV vaccines will be preventing those CIN 3 lesions that progress to cancer, or those that never develop into cancer. That is why screening is so important and vaccination must be combined with a screening program.

It is important for those receiving the HPV vaccine to know that we do NOT know when a booster will be needed, regardless of the number of doses received. At this time, we can only continue to follow those who have been vaccinated for the development of vaccine type-specific infections in the future. The data are compelling and show that the vaccine-specific HPV types are blocked and infections are decreasing[5,6].

However, I don’t want my comments to be misconstrued to give the impression that I am not in support of vaccines. I do vaccinate all my men and women up to the age of 45 years! I am wary of making large-scale claims that may potentially never occur though.

Over 60 million doses of the HPV vaccine have been administered throughout the world. Those who have medical problems after vaccination cannot prove that the vaccine caused their problems. Nonetheless, all people deserve to have their medical illnesses diagnosed and treated regardless of the cause. We don’t vilify motorcycle riders when they have bad accidents on the road, instead we put their bodies and spirits back together again.

Anna-Barbara Moscicki, Chief of Adolescent and Young Adult Medicine, Department of Pediatrics, University of California, Los Angeles:
There are several monitoring systems in place that examine vaccine safety in the US as well as Canada and Europe. In the US, there are three: the Vaccine Adverse Event Reporting System, Vaccine Safety Datalink, and Clinical Immunization Safety Assessment Network. In addition, a recent review of efficacy and safety of the vaccine trials showed excellent efficacy in girls vaccinated at age 15 to 26 years and less so for vaccination of older women aged 26 to 45 years[4]. Reviewing the US registries data and the meta-analysis, there is no evidence to date that any serious side effect is due to the vaccine. Although side effects have been reported, these occur no more often than would be expected in the population.

“Based on the review of available information by FDA and CDC, Gardasil continues to be safe and effective, and its benefits continue to outweigh its risks.” In 2016, almost 13,000 cases of cervical cancer continue to be diagnosed in the US[7]. The vaccine gives hope that we can eliminate cervical cancer in the US and worldwide [cervical cancer elimination as defined by the WHO Global Strategy is less than 4 in 100,000 women and requires a combination of screening and vaccination]#.

We previously reviewed an article by NBC News reporting on the benefits of the HPV vaccine in reducing vaccine-specific HPV infections and potentially eliminating cervical cancer, which was found to be accurate.

UPDATE (12 Aug. 2019):
&Following feedback from our reviewer, we have updated this statement to read: “Reviewers also stated that the HPV vaccine could indeed have the potential to prevent future cases of cervical cancer, supported by recent studies published in 2019”, and added a note clarifying one of the supporting studies’ assumptions.

#We also added a statement on the definition of cervical cancer elimination for clarity.