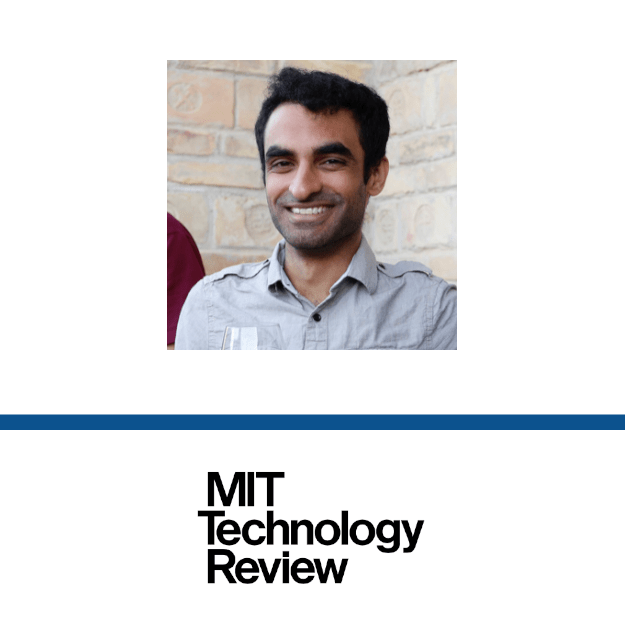 DETAILS
Accurate: The article by MIT Technology Review accurately reports the findings of the study by Dan et al., which found that different types of immune cells contributing to immune memory and long-term protection remained detectable in the blood of recovered COVID-19 patients for up to eight months.
Overstates scientific confidence: The patients included in the study by Dan et al. were infected less than a year ago. While the study’s findings showing that several types of cells involved in immune memory persist at detectable levels for at least eight months, this information is not enough to claim that immunity is “likely” to persist for “years”.
KEY TAKE AWAY

Scientists still have a lot to learn about the factors contributing to COVID-19 immunity. Among some of the biggest questions is the duration of protection developed after natural infection or vaccination. This has significant implications on how well herd immunity can be maintained through vaccination and how often reinfection occurs in recovered COVID-19 patients. Some studies reported encouraging findings showing that immune memory may endure for at least several months and possibly longer. But at the moment, it is too early to make firm conclusions about how long COVID-19 immunity lasts.

This article, published on 6 Jan. 2021 by MIT Technology Review, titled “COVID-19 immunity likely lasts for years”, reports the findings of a study led by researchers at the La Jolla Institute for Immunology. The article received more than 38,000 interactions and more than 7,600 shares on Facebook, according to social media analytics tool CrowdTangle.

Scientists who reviewed the MIT Technology Review article found that it is accurate, with the exception of the title. Angéline Rouers, a research fellow at the Singapore Immunology Network, told Health Feedback that the title is “slightly exaggerated in claiming that COVID-19 immunity likely lasts for years”. In such studies, patients have been infected for less than a year, therefore there is not enough empirical evidence to conclude whether “immunity will last for years”. At the moment, “there is simply no sample to prove it,” she explained.

“However, it is unfortunate that the title of the article somewhat over-interpreted the findings,” she said. “‘Covid-19 immunity likely lasts for years’ suggests to the reader that immune memory measures at eight months post-illness equals protection from future infection. While it is certainly a promising finding, it is not a perfect proxy for blocking reinfection over the timescale claimed. Overall, it is a good article…minus the clickbait title.”

The study by Dan et al., which was published in the journal Science, analyzed different parts of the immune system involved in providing immune memory—namely, antibodies, memory B cells, and memory T cells specific to the virus SARS-CoV-2—in the blood of 188 people who had recovered from COVID-19[1]. These components help the body to recognize a disease-causing microorganism (pathogen) that it encountered in the past through natural infection. The presence of immune memory enables the body to mount a rapid defense against the pathogen and prevent it from causing disease. Vaccination is another way to stimulate the development of immune memory, which relies on inactivated or weakened virus, or parts of a virus. Vaccination is safer compared to natural infection, as it doesn’t involve the risks associated with the disease, such as complications and mortality.

In brief, researchers observed that most of these components, such as the memory B cells, were still detectable in about 95% of the people studied, five to eight months after symptom onset. Based on these findings, the researchers concluded that “durable immunity against secondary COVID-19 disease is a possibility in most individuals”.

Scientists have found these findings encouraging, owing to initial concerns that the immune memory to COVID-19 is short-lived. These concerns were based on our prior knowledge of coronaviruses that cause the common cold. “Protective antibodies from a standard common cold, for example, are expected to persist for a mere matter of months[2],” said Jones. In addition, initial studies of COVID-19 immunity, which found short-lived antibody responses in recovered COVID-19 patients, also contributed to these concerns.

If protection against COVID-19 turns out to be transient, this would have significant implications for managing the pandemic. Firstly, it would suggest that vaccine-induced protection endures only briefly, making it difficult to maintain herd immunity without periodic booster shots. Secondly, short-lived protection would also mean that reinfection is very likely a possibility for many recovered patients.

However, antibodies make up only one part of the body’s defense against viral infections. Observations from later studies on other components of antiviral immunity, like the cellular components of the adaptive immune system, have been more encouraging and suggest that persistent immunity against SARS-CoV-2 remains a possible prospect, as discussed in an earlier Health Feedback review.

However, these findings also have the potential to be misinterpreted. Some individuals who shared the MIT Technology Review article on Facebook overstated scientific confidence by claiming that the findings show those who already had COVID-19 are now immune to the disease (see example). Scientists warned against interpreting these findings as such, since there is not yet enough evidence to support such a conclusive statement.

Indeed, both reviewers for Health Feedback described the findings by Dan et al. as “promising”, but by no means definitive. As Shane Crotty, a professor at La Jolla Institute for Immunology and one of the study’s senior authors, cautioned in the MIT Technology Review article, “[W]e can’t make any firm conclusions about [COVID-19] immunity until years have passed—it’s simply too early.”

Furthermore, cases of reinfection, in which someone who had COVID-19 became infected again, have been observed in different parts of the world, as this news article in the British Medical Journal reported. Researchers are uncertain how often reinfection occurs. It is also unclear why reinfection occurs in some people but not others.

One possible explanation could be the differences in the amount of coronavirus a person was exposed to, which could result in different immune responses, as Jennifer Gommerman, an immunologist at the University of Toronto, posited in this New York Times article. However, this obstacle is surmountable:

“[V]accines can overcome that individual variability […] ‘That will help in focusing the response, so you don’t get the same kind of heterogeneity that you would see in an infected population,’ she said.”

The fact that reinfection can and does happen means that those who have had COVID-19 cannot assume that they are immune and will not have the disease again. Reinfection also introduces the possibility that someone who had COVID-19 previously can still spread the disease to others. Therefore, like those who have not had COVID-19, recovered people also need to continue to follow measures to reduce the spread of COVID-19, like wearing face masks and practicing physical distancing.

Angéline Rouers, Senior Research Fellow, A*STAR Infectious Diseases Labs:
This article from MIT Technology Review accurately reflects the research article published in the high-impact journal Science on 6 January 2021. The body of the article is cautious and explains the findings of the study well.

However, the title is slightly exaggerated in claiming that COVID-19 immunity likely lasts for years. We cannot talk about a timescale of years yet. At the moment, the individuals included in this kind of studies have been infected for less than a year, so it is impossible to say if the immunity will last for years because there is simply no sample to prove it. However, the results presented by Dan et al. in Science are really promising and very important in the field.

Earlier in July 2020, studies which were mostly based on antibody production suggested that immunity might not last long because antibody levels decreased quickly in most of the patients after a few weeks. This observation was consistent with the immune response observed for other coronaviruses, but brought bad news for the future with the possibility that people would become reinfected and that it would be difficult to establish herd immunity with a vaccine.

But these studies were mostly based on the detection of antibodies in the blood or mucosal fluids, not the detection of the immune cells in charge of antibody production in the long term. This is something which is much more relevant for determining if long-term immunity develops. These immune cells are called memory B cells. They do not actively produce antibodies, but their presence in the blood is crucial. In case of reinfection, memory B cells reactivate and can quickly and efficiently produce antibodies to fight the virus.

The recent study from Dan et al. shows the persistence of memory B cells specific to SARS-CoV-2 up to eight months after infection. As Shane Crotty (the last author of the publication in Science) pointed out and fairly relayed in this article, it is too early to make conclusions about the persistence of immunity over a very long period of time and the study is not perfect. But at least it brings good hope for 2021.

Leigh Jones, Head of Training, Oxford University Clinical Research Unit:
The longevity of protective immunity to SARS-CoV-2 has been subject to ongoing discussion since the start of this pandemic. This topic is of particular concern as we move into vaccine rollout worldwide. The general public are hopeful for a return to normal life, yet anxious that annual/bi-annual boosters will be required to achieve this. Much of this concern arises from the notion that coronaviruses generally do not trigger long-lived immunity. Protective antibodies from a standard common cold, for example, are expected to persist for a mere matter of months[2].

Professor Shane Crotty’s lab has already published a number of articles on COVID-19 related immunity, in particular looking beyond the role of antibodies to T cell responses[3-5]. The most recent paper from his group describes longitudinal antibody responses and B and T cell responses post-symptom onset in individuals with mild disease.

This short piece from MIT Technology Review correctly summarises the main findings, namely, that recovered people sustain evidence of immune memory (neutralizing antibodies, memory B cells and virus-specific T cells). The final paragraph rightly tempers the excitement of this result by stating that “we can’t make any firm conclusions about COVID-19 immunity until years have passed—it’s simply too early”.

However, it is unfortunate that the title of the article somewhat over-interpreted the findings. “Covid-19 immunity likely lasts for years” suggests to the reader that immune memory measures at 8 months post-illness equals protection from future infection. While it is certainly a promising finding, it is not a perfect proxy for blocking reinfection over the timescale claimed. Overall, it is a good article…minus the clickbait title.