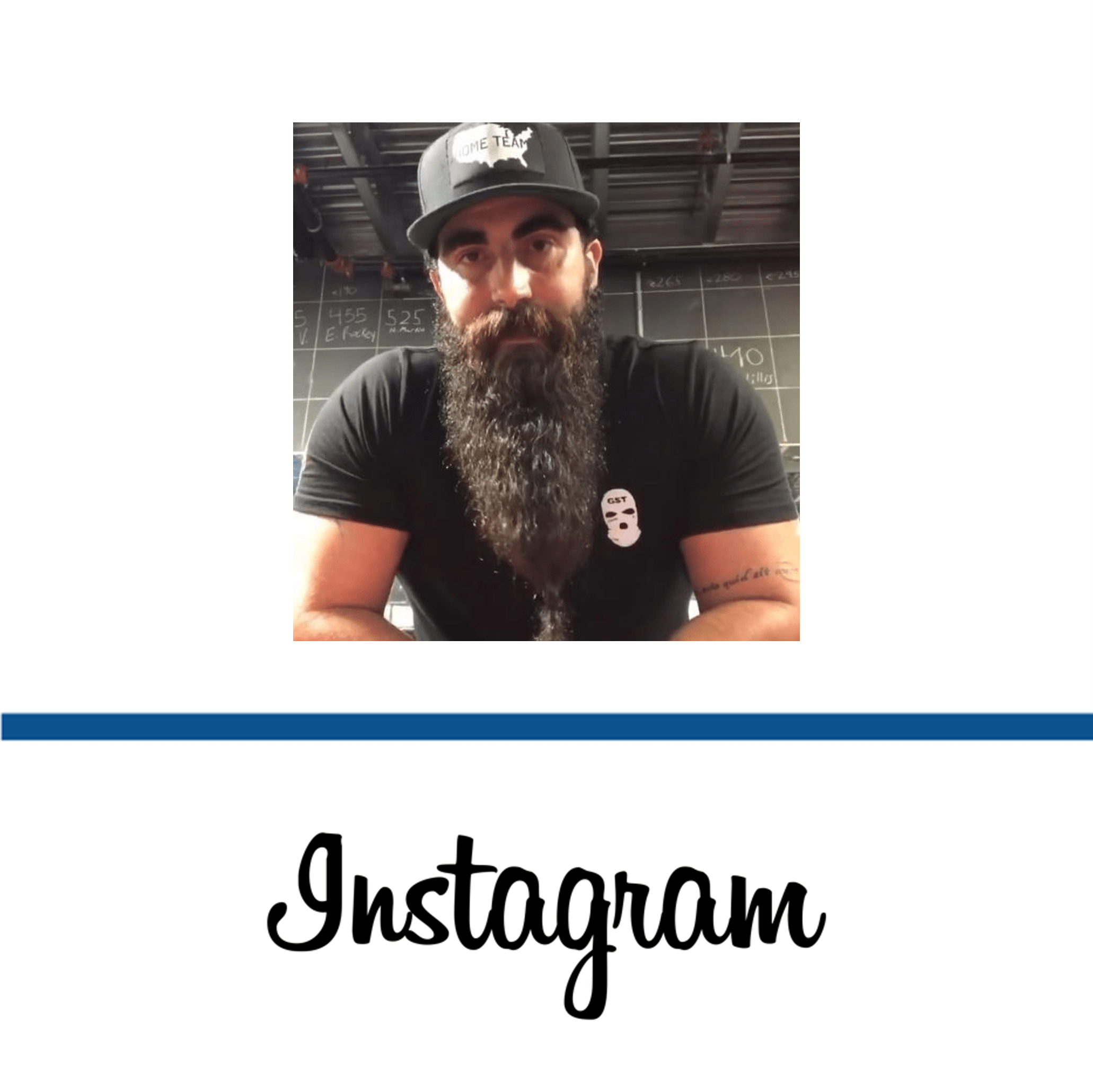 CLAIM
“82% miscarriage rate among women who got the [COVID-19 vaccine] between 30 days and 20 weeks pregnant.”
VERDICT more about the rating framework

DETAILS
Flawed Reasoning: Comparing the number of miscarriages to the number of pregnancies with positive outcomes among women who got vaccinated early during pregnancy would only work if we had waited for all women to complete their pregnancies. Yet, many of those women were still pregnant at the publication of the study. Therefore, negative outcomes such as miscarriages are overrepresented in the dataset, given that it is biologically too early to give birth to live newborns.
Fails to grasp significance of observation: The claim is supposedly based on the results from a scientific study. However, the cited study concluded that there weren’t obvious safety concerns, which is the opposite of the claim.
KEY TAKE AWAY

FULL CLAIM: “82% miscarriage rate among women who got the [COVID-19 vaccine] between 30 days and 20 weeks pregnant.”

The authorization for emergency use of the first vaccines against COVID-19 sparked one of the largest mass vaccination campaigns in history. In the U.S., 182,896,080 persons received at least one dose of vaccine as of 7 July 2021 and 157,908,171 are already fully vaccinated. Although pregnant women appear more at risk of developing a severe form of the disease, the large clinical trials that led to vaccine authorization typically excluded them from their cohort. However, subsequent clinical trials indicate that COVID-19 vaccines are safe for pregnant women.

A related claim circulated in early July 2021 affirming that the rate of miscarriage among women who received their first dose of a COVID-19 vaccine between 30 days before pregnancy and 20 weeks of pregnancy had a rate of miscarriage of 82%. This claim was propagated by gym owner Ian Smith, who previously opened his gym in defiance of stay-at-home orders and offered free gym memberships to people who don’t get a COVID-19 vaccine.

Smith’s claim is based on a scientific study published on 17 June 2021 in the New England Journal of Medicine[1]. However, this claim is inaccurate and results from a flawed interpretation of the study’s results, as we explain below.

The study by Shimabukuro and colleagues analyzed the pregnancy outcomes of 3,958 women who received their first dose of a COVID-19 vaccine between 14 December 2020 and 28 February 2021. They counted how many pregnancies resulted in live births, miscarriages, preterm births, and congenital anomalies. While they acknowledged some important limitations to their study, namely the fact that the sample size is small and that the population under study may not be representative of the general population of pregnant women, the authors didn’t notice any indication that COVID-19 vaccination might negatively affect pregnancy outcomes. The authors concluded:

““Early data from the v-safe surveillance system, the v-safe pregnancy registry, and the VAERS do not indicate any obvious safety signals with respect to pregnancy or neonatal outcomes associated with Covid-19 vaccination in the third trimester of pregnancy. “”

How, then, did Smith come up with the figure of 82% miscarriage rate among vaccinated women? The identical figure of 82% was also published by others on Twitter and appears to stem from a flawed interpretation of the numbers provided by the study.

We first need to understand how the results of the study are distributed in terms of pregnancy outcomes and date of vaccination. A total of 3,958 women were enrolled in the study. Among them, 1,224 got vaccinated during the first trimester (before week 14), 1,714 during the second trimester (from week 14 to week 28), and 1,019 during the third trimester.

At the time of the study’s writing, 827 of those 3,958 women completed their pregnancy. Of those 827, 104 resulted in miscarriages, also called spontaneous abortions (Figure 1). All these miscarriages occurred before 20 weeks of gestation (mid-second trimester), 94 of which occurred during the first trimester. From that, the authors concluded that the rate of miscarriages (number of miscarriages divided by the total number of completed pregnancies) was 12.6%. This is in line with reported estimates of spontaneous abortions in the general population, according to the authors. 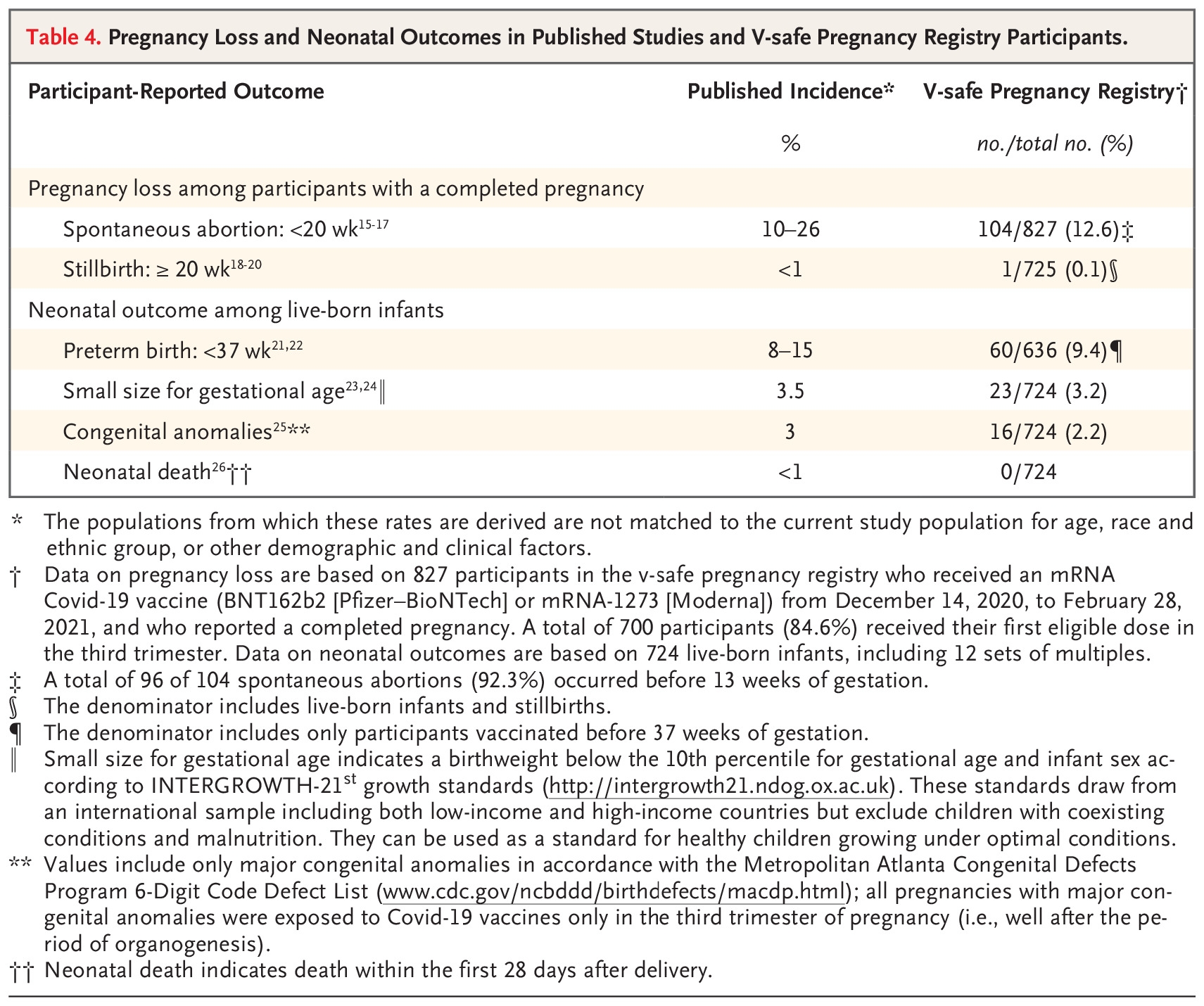 Of the 827 completed pregnancies, 700 resulted in live birth and came from women who got vaccinated during their third trimester. That leaves out 127 completed pregnancies. Of them, 12 also led to live birth but came from women who got vaccinated before their third trimester. One pregnancy resulted in stillbirth, 10 in voluntary abortion, and 104 in miscarriages as previously mentioned.

Here, it is important to note that women needed to be pregnant at the time of vaccination to be enrolled in the study. Given that the 104 reported miscarriages occurred before 20 weeks of gestation, they necessarily came from women who got vaccinated between the beginning of pregnancy and the 20 weeks’ mark.

Smith apparently aimed to assess the vaccine’s effect only on pregnancy outcomes in women who received the vaccine at or before 20 weeks’ gestation. This would explain his exclusion of 700 completed pregnancies from women who were vaccinated during their third trimester from the total of 827.

Given that miscarriage is defined as the loss of pregnancy without intervention before 20 weeks of gestation, Smith may have assumed that these 700 women vaccinated during the third trimester weren’t at risk of miscarriage and therefore shouldn’t be included in the analysis. This reasoning is also illustrated in several other tweets (see here and here).

He also appeared to assume that the remaining 127 completed pregnancies all came from women who were vaccinated at or before 20 weeks of gestation. However, we only know this for certain with the 104 cases of miscarriage, as this is stated in the study. The other 23 completed pregnancies may well come from women vaccinated between 20 and 28 weeks of pregnancy (i.e. at the beginning of the third trimester). However, for argument’s sake, we will calculate the miscarriage rate with this figure, as Smith did, to demonstrate why this is incorrect.

The problem with this line of reasoning is that it doesn’t take into account the fact that most of the women vaccinated up to 20 weeks were still pregnant at the time of the study’s publication: out of 2,938 women vaccinated during the first and second trimester, only 127 at most completed their pregnancy. Hence these women weren’t part of the 827 reported in the study.

There are 13 weeks between the end of the study’s enrollment period (28 February 2021) and the publication of the article (17 June 2021). This means that any women who got vaccinated before their twenty-seventh week of pregnancy (first or second trimester) at the end of the enrollment period wouldn’t have reached term, or 40 weeks, before the article was published. As the papers’ authors explained:

““Whereas some pregnancies with vaccination in the first and early second trimester have been completed, the majority are ongoing, and a direct comparison of outcomes on the basis of timing of vaccination is needed to define the proportion of spontaneous abortions in this cohort.“”

In other words, the numbers used by Smith don’t account for all pregnancy outcomes of women who got vaccinated at 20 weeks of gestation or less. Many pregnancies are still in progress, so the outcomes aren’t available yet, and we still need to wait until these women complete their pregnancies before drawing conclusions. The study’s authors acknowledged this by stating:

““We were unable to evaluate adverse outcomes that might occur in association with exposures earlier in pregnancy, such as congenital anomalies, because no pregnant persons who were vaccinated early in pregnancy have had live births captured in the v-safe pregnancy registry to date; follow-up is ongoing””

The fact that the time window used by Smith is too short introduces an important bias. Indeed, pregnancies with positive outcomes (live birth) are expected to happen at the end of the usual 40 week gestation period. Most preterm births occur only after 34 weeks of gestation. According to the Guinness Book of World Records, the youngest premature baby was born after 21 weeks of gestation. In other words, pregnancies with negative outcomes such as miscarriage tend to be overrepresented among pregnancies that ended prematurely. It is therefore meaningless to compare the number of miscarriages among women who got vaccinated within 20 weeks of pregnancy to the overall number of completed pregnancies among that same group within the study’s timeframe.

In order to assess the risks of a medical intervention, we need to compare the number of negative outcomes with the number of positive outcomes. In this case, it is near-biologically implausible to expect women to give birth to a living baby before 20 weeks, therefore such comparison cannot be made.

In summary, the study by Shimabukuro and colleagues concluded that women who received a COVID-19 vaccine during pregnancy didn’t have poorer pregnancy outcomes than unvaccinated women. Calculations solely based on the number of completed pregnancies at less than 20 weeks’ gestation, as Smith apparently did, are moot because it is biologically too early to observe live births. Rather, the results of the study suggest that the proportion of adverse outcomes, such as miscarriages or congenital anomalies, is similar to what happens in the general population. Clinical trial data available so far indicate that COVID-19 vaccines are safe for pregnant women.