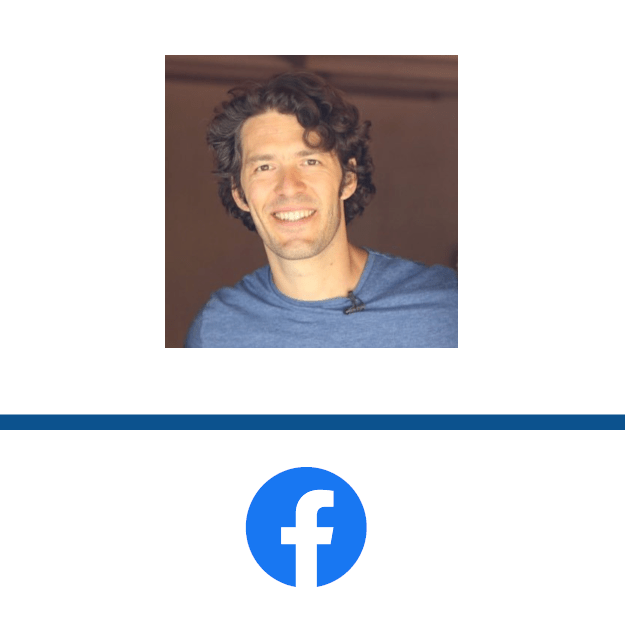 Virulence is broadly defined as the ability of a disease-causing microorganism (pathogen) to damage a host. Pathogens don’t always evolve to become less dangerous. There are instances where pathogens retain their virulence over time, or even become more virulent. Predicting the evolutionary path of a pathogen is complex and depends not only on its lethality and transmissibility, but also other factors, such as its incubation period and the level of preexisting immunity in a population.

FULL CLAIM: “Pathogens evolve to become less, not more, virulent over time”; “pathogens of all kinds naturally select towards lower levels of virulence, not more”

On 28 November 2021, nutritionist Mike Mutzel claimed in a Facebook post that “pathogens evolve to become less, not more, virulent over time”, citing “the law of declining virulence”. This claim was also made by others in the past, as seen in this Washington Times opinion piece published in August 2021, which Health Feedback reviewed, and in this tweet by physician Kelly Victory. Mutzel published other content promoting this claim; his YouTube video on the subject received more than 81,000 views.

Based on iterations of this claim shown above, it appears to be commonly invoked when the subject of new SARS-CoV-2 variants arises and is used to promote the narrative that SARS-CoV-2 doesn’t pose a public health threat. But as we will explain below, the claim is incorrect and arises from a cherry-picking of scientific evidence.

The word “virulence” carries many definitions depending on the scientific context in which it is used, but it can be broadly understood as the ability of a pathogen (disease-causing microorganism) to damage the host[1]. The term “law of declining virulence” appears to have its roots in the work of bacteriologist Theobald Smith[2]. This article in The Conversation explained why Smith’s work could have led to the formulation of this idea:

“Studying tick-borne disease of cattle during the 1880s, Smith realised that the severity of the disease was determined by the degree of prior infection. Cattle that had been repeatedly exposed to the pathogen suffered from much more moderate disease than cattle encountering it for the first time. Smith reasoned that this was because host and pathogen conspired over time towards a mutually benign relationship.”

There is empirical evidence showing that pathogens can become less virulent, as was seen during attempts at biological control of European rabbits introduced by settlers in Australia. These control measures became necessary as the rabbits didn’t have natural predators in Australia, which enabled the population to grow out of control; their prolific numbers led to significant environmental destruction.

One approach used by the Australian government was to infect the rabbits with the myxoma virus, which results in a fatal illness called myxomatosis. Seeing this as an opportunity to study the evolution of a pathogen in real life, virologist Frank Fenner studied the infected rabbits and noted that over time, the case mortality rate, or mortality rate in confirmed cases, of myxomatosis fell from 99.5% to 90%[3,4], an observation in favor of the “law of declining virulence”.

And there are examples which illustrate why a high level of virulence can keep a pathogen from performing well in terms of evolutionary fitness, which is defined as the ability of an organism to survive and reproduce. For instance, certain human pathogens, like Ebola and Marburg which have a case fatality rate of more than 50%, aren’t as successful at spreading as compared to the flu. This is because infected people fall seriously ill quickly, which leads them to be less mobile and thus limits their contact with other people.

In this way, the ability for a pathogen to transmit—and therefore reproduce—can be coupled to how virulent a pathogen is. This also illustrates the concept of an evolutionary trade-off as proposed by epidemiologist Roy Anderson and ecologist Robert May in 1982[5]. In this case, the pathogen appears to achieve high virulence at the expense of its evolutionary fitness (trade-off).

But the problem with the claim is that that’s not the full picture. We also have evidence challenging the supposed “law” that pathogens inevitably become less dangerous over time. If we return to the example of the myxoma virus, scientists in Australia compared the virulence of virus strains isolated in the 1990s with those used for biological control in the 1950s. They found that those from the 1990s produced more severe immunosuppression and laboratory rabbits infected with these strains died much more quickly[3]. This observation is inconsistent with the claim that pathogens always decline in virulence with time.

In humans as in rabbits, pathogens also don’t necessarily become less deadly over time. In a review of a related claim, Emma Hodcroft, a postdoctoral researcher at the University of Bern who tracks the evolution of viruses including SARS-CoV-2, pointed out that “there is no clear historical tendency” for viruses to become less lethal over time, citing the examples of HIV and the flu.

And while Ebola and Marburg illustrate how a pathogen’s ability to spread suffers because of  its lethality, this is due to the nature of Ebola and Marburg disease. However, COVID-19 doesn’t behave in the same way. As explained in another article in The Conversation:

Likewise, Hodcroft highlighted the same principle in her comment: “[I]f the virus transmits before it kills, it does not much care what happens to the host.”

In short, the evolutionary trade-off between virulence and transmission faced by Ebola and Marburg may not necessarily apply to SARS-CoV-2. And in their evolutionary trade-off hypothesis, Roy and Anderson also explained that virulence isn’t necessarily tied to transmission, and that the ideal level of virulence for any given pathogen is determined by multiple factors and needs to be evaluated on a case-by-case basis[5].

In summary, the claim made by Mutzel and others is false. There’s no certainty that SARS-CoV-2, or any other pathogen, will inevitably become less deadly over time; it’s one plausible evolutionary trajectory that SARS-CoV-2 can take, but by no means the only one. Predicting the evolutionary path of a pathogen is complex and depends not only on its lethality and transmissibility, but also an interplay of other factors, such as its incubation period and the level of preexisting immunity in a population[7].

[This comment comes from an evaluation of a related claim.]
Emma Hodcroft, Postdoctoral Researcher, University of Basel:
To address this quote: “The clear historical tendency for viruses crossing over from one species to another is to evolve in a way that makes them both more infectious and less pathogenic over time.” In fact, there is no clear historical tendency. Is HIV less fatal? Influenza?

The base fallacy here is that any virus that kills some hosts sometimes is under strong selection never to kill at all, when actually the selection is at the far end, which the authors illustrate that they recognize: “A virus can’t efficiently spread if, like with Ebola, it quickly kills its hosts.”—if it kills before it transmits. But if the virus transmits before it kills, it does not much care what happens to the host.

Particularly, as is the case with SARS-CoV-2, when transmission has many opportunities (SARS-CoV-2 is respiratory, whereas Ebola spreads through fluids), death takes weeks (plenty of time to transmit), and occurs in a relatively (from the virus’ point of view) small number of infections. Even in cases where viruses may be under selection to become less deadly (which does not seem obvious for SARS-CoV-2), “less deadly” does not equal “not deadly”—they may simply evolve to kill you after four weeks instead of four days, for example, or kill 15% rather than 30%.

Further, a lot of the “attenuation” we may observe for viruses over time, for those where we estimate they jumped into humans relatively recently, is likely due instead to immunity. A virus that is very dangerous at the first exposure is likely less dangerous once the entire population has some level of immunity, which in the past would have been after everyone had been infected).

Exposure at different ages also makes a difference. As we see with SARS-CoV-2, young children seem at relatively little risk. If everyone was exposed as a child (as they are to many, many other viruses, like influenza and seasonal coronaviruses), the virus may be inconsequential for almost the rest of their lives (old age seems to make people more vulnerable to respiratory viruses). But this is through early exposure and immunity (and possibly repeated exposure), not through the virus becoming less virulent.