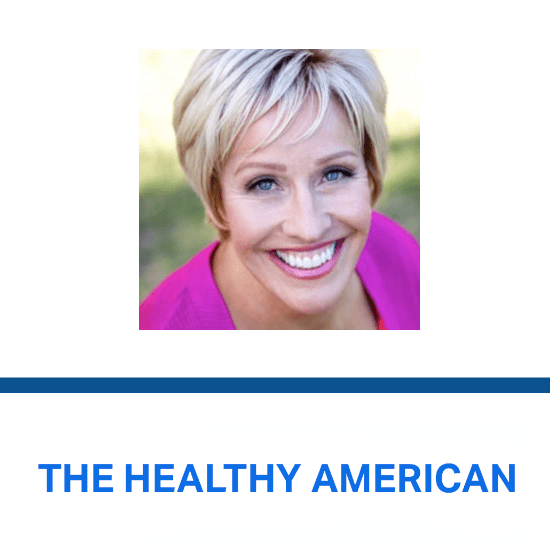 DETAILS
Inaccurate: Contrary to the claim, OSHA clearly encourages the use of cloth face coverings and masks at the workplace, in accordance with the U.S. Centers for Disease Control and Prevention recommendations. These are meant to prevent infected yet seemingly healthy people from spreading potentially infectious respiratory droplets to others.
Cherry-picking: Hall uses a single statement in the OSHA recommendations regarding the use of face masks and cloth face coverings and takes it out of context to claim that “OSHA says masks don’t work”, while disregarding the bulk of OSHA recommendations which encourage workers to use them.
KEY TAKE AWAY

OSHA encourages workers to use face masks or cloth face coverings at work, in accordance with recommendations by the U.S. CDC for reducing community transmission of COVID-19. At the moment, the use of face masks or coverings are not mandated by OSHA, but left to the employer’s discretion. Cloth face coverings are generally safe to use and do not lead to oxygen deficiency, since gas molecules like oxygen and carbon dioxide are much smaller than the pores in fabric and pass through the covering easily. By blocking much larger respiratory droplets, which carry the virus, face masks and coverings help to protect others in the community and limit COVID-19 spread.

Peggy Hall, who runs a lifestyle website, makes numerous inaccurate claims about mask safety in a video that went viral in June 2020, receiving more than 1.8 million views on Facebook. An article promoting the video, published by GreenMedInfo, separately received more than 430,000 views on Facebook and more than 27,000 interactions on the platform. Viral Facebook posts, such as this one and this one citing OSHA guidelines on masks, have also made similar claims.

In the video, Hall points to guidelines published on the website of the Occupational Safety and Health Administration (OSHA), an agency under the U.S. Department of Labor, to claim that “OSHA says masks don’t work”. She latches onto a single statement written in the section titled “What are the key differences between cloth face coverings, surgical masks, and respirators?”, which states that cloth face coverings and surgical masks “will not protect the wearer against airborne transmissible infectious agents due to loose fit and lack of seal or inadequate filtration.”

Based on this statement, Hall incorrectly claims that “the federal guidelines clearly state that a cloth face cover does not protect against infectious diseases”. This is false and misleading. Cloth face coverings are intended to protect other people from the wearer’s own potentially infectious respiratory droplets, not the other way around. This is known as “source control”.

Respiratory droplets, such as those generated by coughing and sneezing, are recognized as the main mode of COVID-19 transmission, although infectious droplets can also be produced simply by talking. Infectious droplets can even be generated by people who are asymptomatic or pre-symptomatic, that is, not showing any sign or symptom of disease[1]. As such, wearing a cloth face covering helps prevent asymptomatic and pre-symptomatic carriers from transmitting the infection to others.

In fact, on the same webpage that Hall cites, OSHA recommends that workers wear face masks at work:

“Should workers wear a cloth face covering while at work, in accordance with the Centers for Disease Control and Prevention recommendation for all people to do so when in public?

OSHA generally recommends that employers encourage workers to wear face coverings at work. Face coverings are intended to prevent wearers who have Coronavirus Disease 2019 (COVID-19) without knowing it (i.e., those who are asymptomatic or pre-symptomatic) from spreading potentially infectious respiratory droplets to others. This is known as source control.

Consistent with the Centers for Disease Control and Prevention (CDC) recommendation for all people to wear cloth face coverings when in public and around other people, wearing cloth face coverings, if appropriate for the work environment and job tasks, conserves other types of personal protective equipment (PPE), such as surgical masks, for healthcare settings where such equipment is needed most.”

There is a growing amount of evidence that even simple cloth face coverings can help to minimize exposure to potentially infectious respiratory droplets generated by asymptomatic and presymptomatic individuals. A study published in the New England Journal of Medicine found that wearing a wet washcloth greatly reduces exposure to speech droplets in the air[2]. Another study in ACS Nano observed that well-fitted face masks made of common materials, such as cotton, can filter out between 80 and 99% of droplets, depending on droplet size[3]. Finally, Jeremy Howard, a research scientist at the University of San Francisco, and other scientists have compiled a list of research publications supporting the use of face coverings for reducing disease transmission.

However, there are instances where prolonged face mask use should be exercised with caution, for example by people with pre-existing respiratory issues. The same caution also applies to cloth face coverings. Specifically, the U.S. CDC has indicated that:

“Cloth face coverings should not be placed on young children under age 2, anyone who has trouble breathing, or is unconscious, incapacitated, or otherwise unable to remove the mask without assistance.”

Next, Hall parrots the myth that wearing a face mask or cloth face covering would endanger a person’s health because it creates an oxygen-deficient environment. Health Feedback previously debunked this claim here, here, and here. As we explained before, the porosity of cloth and face mask filters are not small enough to stop the flow of gas molecules such as carbon dioxide. For instance, an N95 mask, which has a much more restrictive filter size compared to a surgical face mask or cloth face covering, filters out particles that are 0.3 microns (300 nanometers, or 300,000 picometers) or larger. The size of carbon dioxide and oxygen molecules ranges between approximately 150 and 200 picometers, which is at least 1,000 times smaller than the pore size of the N95 mask. Respiratory droplets that carry the virus, on the other hand, range between 5 to 10 micrometers, which is at least 16 times larger than the N95 filter size.

With these figures in mind, it’s clear that a face mask or cloth face covering cannot both block the passage of very small molecules of oxygen and carbon dioxide and simultaneously fail to protect against much larger infectious droplets. Some critics of wearing face masks have argued that the SARS-CoV-2 virus, the causative agent for COVID-19, is about 60 to 140 nanometers[4] and can theoretically pass through any filter or fabric. This argument ignores the fact that virus particles do not simply float along in the air by themselves. Instead, they need to be carried in respiratory droplets, which, as explained above, are much larger than the pore sizes of face masks and cloth coverings.

Hall also claims that wearing a face mask creates an oxygen-deficient environment, which OSHA defines as “any atmosphere that contains less than 19.5 percent oxygen”. To support her claim, Hall shows footage of a man wearing a face mask who inserts a gas monitor, which purportedly measures the level of oxygen, into his mask. The gas monitor beeps when he exhales, and he displays the reading on the monitor, which shows a value of 19.3.

This method of measurement is highly misleading, as all the monitor has done is measure the level of oxygen in the man’s exhaled breath, not the level of oxygen in the air he would be inhaling. Exhaled breath naturally contains less oxygen than atmospheric oxygen. This BBC website shows that while inhaled air contains about 21% oxygen, exhaled air contains about 16%. Carbon dioxide makes up about 0.04% of inhaled air but 4% of exhaled air. Lead Stories also explained in its own fact-check of Hall’s claim, “This is the stuff of simple seventh-grade science class: The lungs take up oxygen from the inhaled air and they send back out breaths containing more carbon dioxide.”

Furthermore, a study published in the Annals of the American Thoracic Society, which examined the effect of face masks on healthy people and patients with chronic obstructive pulmonary disease, has demonstrated that “gas exchange is not significantly affected by the use of surgical mask, even in subjects with severe lung impairment”[5]. The researchers concluded that the study provides “a clear signal on the nil effect of surgical masks on relevant physiological changes in gas exchange under routine circumstances (prolonged rest, brief walking).”

Oxygen-deficient environments are indeed dangerous and OSHA does state that “Oxygen-deficient atmospheres are the leading cause of confined space fatalities in the shipyard”. But Hall’s argument is an example of a slippery slope fallacy, as she implies that the general public, most of whom do not work in shipyards or other confined spaces, would likewise be affected by oxygen deficiency through wearing a cloth face covering.

In summary, OSHA encourages workers to use face masks or cloth face coverings at work, in accordance with recommendations by the U.S. CDC for reducing community transmission of COVID-19. Hall’s claim that “OSHA says masks don’t work” is inaccurate and misrepresents the agency’s position.

Hall’s claim that face masks create a dangerous, oxygen-deficient environment for users is not supported by evidence. Cloth face coverings are generally safe to use and do not lead to oxygen deficiency, since gas molecules like oxygen and carbon dioxide are much smaller than the pores in fabric, and pass through the covering easily.

By blocking much larger respiratory droplets, which transmit the virus, face masks and coverings help to protect others in the community and limit COVID-19 spread. Face masks and cloth face coverings are generally safe and scientific evidence indicates that they have an important role to play in reducing COVID-19 transmission in the community[1-3].

Lead Stories also fact-checked Hall’s claim and found that it was “not true”.

This review has been updated to include findings from a study published on 2 October 2020 in the Annals of the American Thoracic Society.