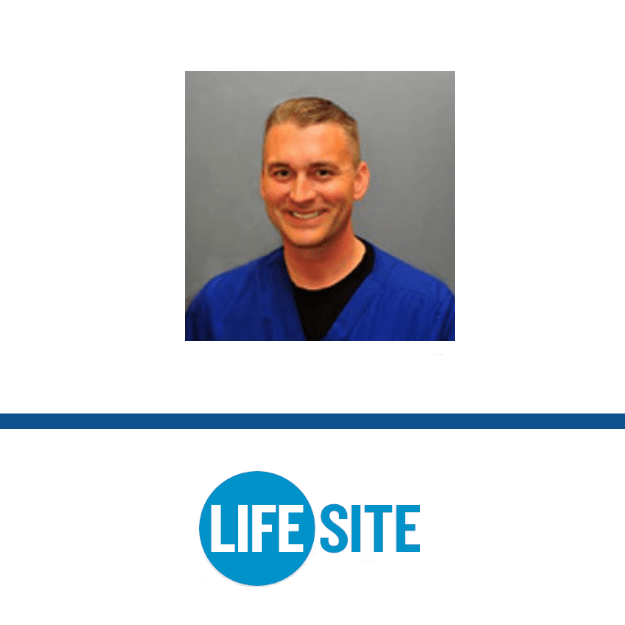 DETAILS
Inadequate support: No data is provided to support the claim that there has been a 20 times increase of cancer in vaccinated patients. There is also no evidence supporting the claim that COVID-19 vaccines weaken the immune system.
KEY TAKE AWAY

The COVID-19 mRNA vaccines carry instructions for producing the spike protein of the virus that causes COVID-19, SARS-CoV-2. This gives the immune system an opportunity to learn to identify the virus, without having to run the risks associated with getting COVID-19, like respiratory difficulties and persistent health problems. Vaccination triggers various changes in the immune system, but there isn’t evidence indicating that vaccines disrupt or weaken the immune system.

FULL CLAIM: “Idaho doctor reports a ‘20 times increase’ of cancer in vaccinated patients”; “Since January 1, in the laboratory, I’ve seen a 20-times increase of endometrial cancer over what I see on an annual basis”; “We’re modifying the immune system to a weakened state [with the vaccine]”

An article published by LifeSiteNews on 13 September 2021, claiming that an Idaho doctor observed a 20-fold increase in cancer occurring in people who had received the COVID-19 vaccine. The article received more than 9,000 engagements on Facebook, including more than 5,000 shares, according to social media analytics tool CrowdTangle.

The Idaho doctor is none other than pathologist Ryan Cole, who made false claims on multiple occasions about COVID-19 and COVID-19 vaccines. Health Feedback previously reviewed Cole’s claims in March 2021 and found them to be inaccurate and misleading. Cole has since been appointed to Idaho’s Central District Health Board.

Cole’s claims are unsupported by scientific evidence, as we will explain below.

No evidence provided for claim about an increase in cancer

Cole claimed that he was seeing an uptick in cancers in vaccinated people, such as a “20 times increase in endometrial cancer”. However, he offered nothing in the way of data to support his claim, meaning that viewers only have his word for it.

Public health authorities haven’t reported a sudden surge in cancers since the COVID-19 vaccination campaign began in the U.S. in December 2020. Furthermore, the spike that Cole alleged to be occurring would also have been observed worldwide, if it were true. Yet there have been no reports corroborating Cole’s claim that people are now developing cancer at record rates.

Comparing rates of cancer for this year to that of previous years requires scientists to gather and analyze epidemiological data. This process takes time; furthermore, the number of cancer cases for 2021 has yet to be confirmed, since the year isn’t over yet. In short, the claim is purely anecdotal, with no evidence to support it.

No evidence showing that COVID-19 vaccination weakens the immune system

Cole claimed that the COVID-19 vaccines weakened a person’s immune system, thereby making them more prone to cancer and infectious diseases. He alleged that this was due to the vaccines’ effect on CD8 T cells and cited a “study out of Germany” that examined this subject in “young individuals after the Pfizer” vaccine. CD8+ T cells are a subset of immune cells known as lymphocytes. As explained by the British Society for Immunology, they play a major role in the defense against viruses and bacteria as well as cancer.

Health Feedback reached out to Cole to request the reference for this study, but didn’t receive a response by the time of this review’s publication. We will update this review if new information is available.

This article, published by the website UK Column and authored by a “Dr. Mike Williams”, associated the claim with studies published by researchers in the U.S. and the Netherlands. UK Column is described by Media Bias/Fact Check as a Conspiracy-Pseudoscience source. Williams, who is listed as a writer for UK Column, is described as “a medical consultant, operating in private practice”. No credentials for Williams are listed that indicate expertise in infectious diseases, vaccines, or immunology.

One of these studies was co-authored by Katalin Karikó and colleagues[1]. Karikó is recognized as one of the pioneers who made RNA vaccines a reality. The story of the development of RNA vaccines is a long and complex one, which was chronicled in a news article by Nature. 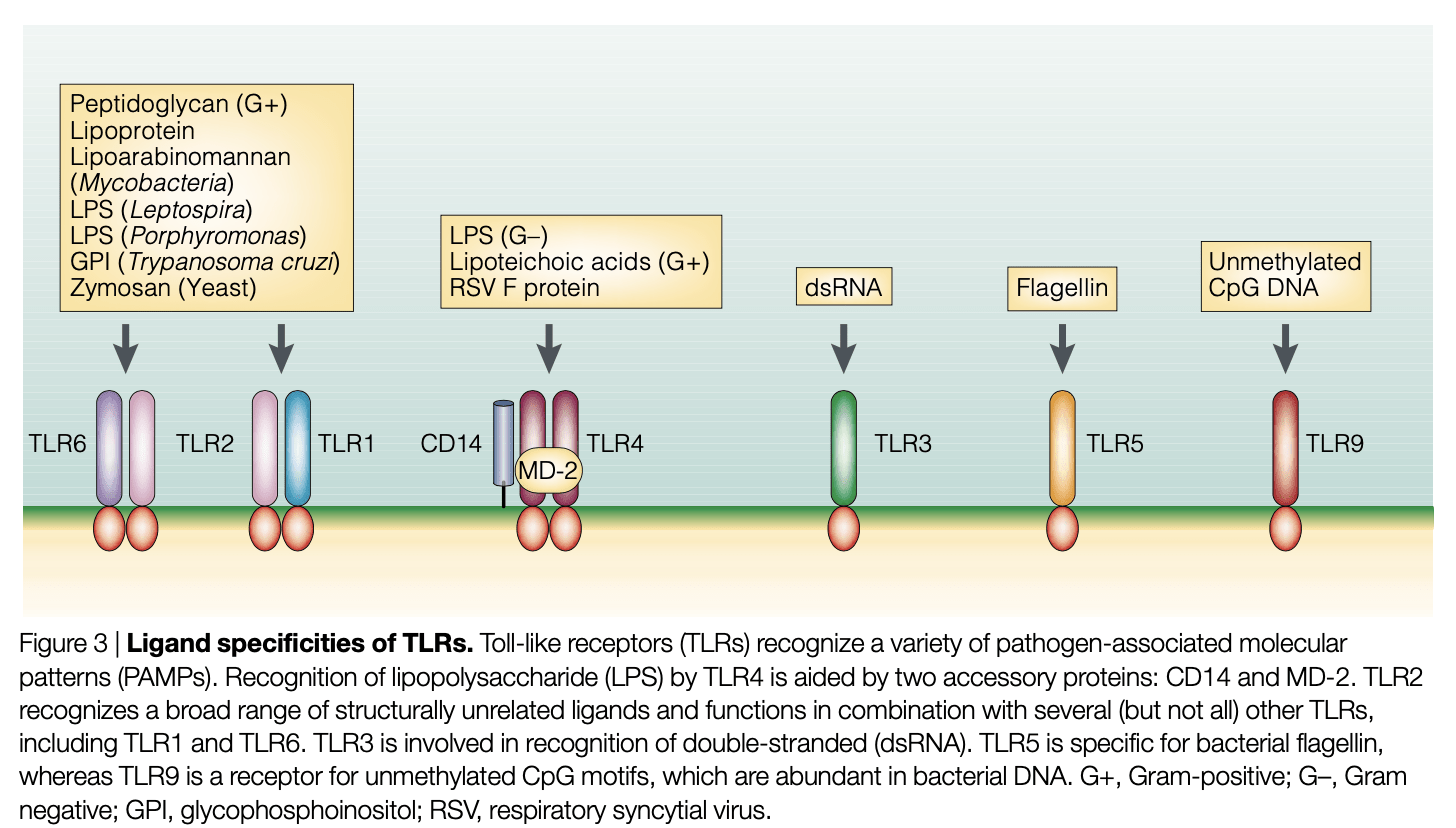 The study by Karikó et al. provided a key finding for overcoming obstacles in developing RNA-based technologies to be used in vaccines and medical treatments. This 10 November 2020 STAT News article explained the potential of RNA technology and the barriers towards its deployment:

“In the natural world, the body relies on millions of tiny proteins to keep itself alive and healthy, and it uses mRNA to tell cells which proteins to make. If you could design your own mRNA, you could, in theory, hijack that process and create any protein you might desire — antibodies to vaccinate against infection, enzymes to reverse a rare disease, or growth agents to mend damaged heart tissue […]

The problem, [Karikó] knew, was that synthetic RNA was notoriously vulnerable to the body’s natural defenses, meaning it would likely be destroyed before reaching its target cells. And, worse, the resulting biological havoc might stir up an immune response that could make the therapy a health risk for some patients.”

The UK Column article claimed that the study used RNA modifications to “turn off [T]oll-like receptors”. But no such thing is described in the study by Karikó et al. The modifications and their effects are associated with the modified RNA only, and don’t change the ability of TLRs to detect other microbial components.

To use an analogy, modifying RNA is like putting on camouflage to evade detection by sentries guarding a border. But those sentries remain capable of detecting other intruders that don’t have the camouflage.

In short, the article misrepresented the study’s findings and is inconsistent with real-world observations.

The UK Column article then went on to cite a preprint (a study that hasn’t been peer-reviewed by other scientists yet) authored by researchers in the Netherlands[3]. That study isolated immune cells from the blood of vaccinated people and studied how the cells responded to different kinds of stimuli.

The study reported that certain chemicals produced by the immune system, known as cytokines, were lower in cells from vaccinated people when stimulated with certain pathogens, but higher for other pathogens. The authors concluded that “These results collectively demonstrate that the effects of the [Pfizer-BioNTech] vaccine go beyond the adaptive immune system and can also modulate innate immune responses”.

The authors also discussed various implications of their findings, which were more open-ended than the UK Column article led readers to believe. One such implication is this:

“The induction of tolerance towards stimulation with TLR7/8 (R848) or TLR4 (LPS) ligands by [the Pfizer-BioNTech vaccine] may indicate a more balanced inflammatory reaction during infection with SARS-CoV-2, and one could speculate whether such effect may be thus useful to regulate the potential over-inflammation in COVID-19, one of the main causes of death.”

While the preprint’s results are interesting and researchers are following up on this subject, the authors also cautioned that the study included only a small number of people and weren’t generalizable to everyone.

“Intriguingly, the [Pfizer-BioNTech] vaccine induces reprogramming of innate immune responses as well, and this needs to be taken into account: in combination with strong adaptive immune responses, this could contribute to a more balanced inflammatory reaction during COVID-19 infection, or it may contribute to a diminished innate immune response towards the virus […] Our findings need to be confirmed by conducting larger cohort-studies with populations with diverse backgrounds, while further studies should examine the potential interactions between [the Pfizer-BioNTech vaccine] and other vaccines.”

Overall, the two studies cited by UK Column don’t support the article’s suggestion that COVID-19 vaccination weakens the immune system and makes one more prone to cancer and infectious diseases.

Paul Offit, pediatrician and professor of vaccinology at the Perelman School of Medicine at the University of Pennsylvania, explained in this video that there isn’t evidence showing that COVID-19 vaccines weaken the immune system: