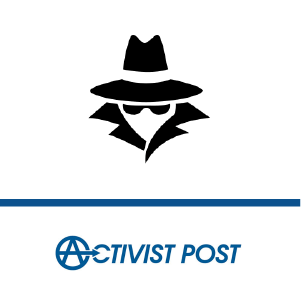 CLAIM
The FDA study looked at vaccines that are made from living cells [...] oftentimes contaminated with hidden viral fragments which have the potential to cause cancer.
VERDICT more about the rating framework

DETAILS
Inaccurate: The U.S. Food and Drug Administration (FDA) did not find that vaccines were contaminated with cancer-causing cells or viruses. The article also makes other false statements on vaccine safety.
Misrepresents source (Strawman): The article claims that cancer-causing viruses are present in vaccines based on an overview of an FDA research project for evaluating the potential risk of “latent viruses in cell substrates for vaccine safety”. However, the project did not show that vaccines contain cancer-causing viruses.
KEY TAKE AWAY

An FDA study did not find that vaccines contain cancer-causing cells or viruses. Vaccines do not increase the risk of cancer.

FULL CLAIM: The FDA study looked at vaccines that are made from living cells, or replicated cell substrates that some manufacturers are investigating to create. According to research, these cells are oftentimes contaminated with hidden viral fragments which have the potential to cause cancer.

This claim was published in an article in late November 2019 and went viral on Facebook in January 2020, receiving more than 41,000 interactions. The article makes several claims, primarily that vaccines contain cancer-causing viruses.

As addressed in a previous review: vaccines do not cause cancer. This article by the Dana-Farber Cancer Institute, a world leader in cancer research, states that there is no link between vaccines and an increased risk of cancer, and that vaccines can actually protect people from developing certain cancers; the HPV vaccine springs to mind.

The article also falsely claims that “Polio vaccine SV40 is documented on record by the CDC themselves […] to have cost people their lives and caused cancer.” While simian virus 40 (SV40) was found to have contaminated certain batches of the polio vaccine between 1955 and 1963, it has not been found to cause cancer in humans. The U.S. Centers for Disease Control and Prevention (CDC) has made information about this incident public, which can be found here.

Aluminium is not used in its elemental form in vaccines, but in the form of aluminium salts which act as adjuvants. Adjuvants are used to heighten the immune response upon vaccination and enhance protection during subsequent natural infection. While it is possible for adjuvants to trigger side effects if used in excessive amounts, the levels in vaccines are low and safe.

Mercury in its elemental form, which is toxic, is not used in any vaccine. Another form of mercury called methylmercury, which contaminates seafood, is also toxic, but is not present in vaccines either. The mercury-containing compound called thimerosal is used in vaccines as a preservative and antibacterial. Although the level of thimerosal in vaccines is safe, persistent public concern over thimerosal led to its removal from childhood vaccines in the United States in 2001. Thimerosal is no longer present in most vaccines, with the exception of certain multi-dose influenza vaccines.

[This comment comes from an evaluation of a related claim.]
James D Cherry, Professor (Pediatrics), David Geffen School of Medicine, University of California Los Angeles:
There is aluminum salt present in killed vaccines, such as the present DTaP and Tdap vaccines, but it’s a very good adjuvant and it’s been in killed vaccines from the very beginning. The amount and the actual aluminum salt may vary with vaccines. The key thing is that too much aluminum would give you abscesses at the site of vaccination, but no present killed vaccine has excessive amounts. In live vaccines there’s no aluminum at all.

Mercury is really interesting. Ethylmercury, which is from thimerosal, is very safe, and it degrades so that there’s no problem whatsoever. The problem is that regular mercury is very toxic. Methylmercury, which contaminates fish for example, is also toxic. But ethylmercury acts as a preservative and also as an antibacterial, so it prevents vaccines from being contaminated with bad bacteria. The confusion of roles [between ethylmercury and methylmercury] – and this happened with people who should have known better – created the push to get mercury out of vaccines. There was thimerosal in the DTP vaccine and also later when the hepatitis B vaccine came along, which we gave right at birth. Although the amount of mercury appeared to exceed the EPA level, that level is for methylmercury, not ethylmercury. Nevertheless, that prompted the move to take mercury out of vaccines, and so our present killed vaccines have no mercury in any of them, with the possible exception of multidose vials of some influenza vaccines.

The whole idea was wrong from the beginning. Ethylmercury is incredibly safe and we know that because back before we had antibiotics, it was given in an attempt to treat serious infections, in large doses – a thousand times bigger than what’s in any vaccine. And of course in any live vaccine, there’s no mercury whatsoever.

[This comment comes from an evaluation of a related claim.]
Michael J Imperiale, Professor, Department of Microbiology and Immunology, University of Michigan:
While it is true that many individuals may have been inadvertently exposed to SV40, there is no reliable evidence that SV40 contributes to cancer in humans. This is one scientific review that speaks to this issue[1].

From the review’s abstract:

“Reports of the detection of SV40 DNA in a variety of cancers have raised serious concerns as to whether the inadvertent inoculation with SV40 has led to the development of cancer in humans. However, inconsistent reports linking SV40 with various tumor types has led to conflicting views regarding the potential of SV40 as a human cancer virus. Several recent studies suggest that older detection methodologies were flawed, and the limitations of these methods could account for most, if not all, of the positive correlations of SV40 in human tumors to date. Although many people may have been exposed to SV40 by polio vaccination, there is inadequate evidence to support widespread SV40 infection in the population, increased tumor incidence in those individuals who received contaminated vaccine, or a direct role for SV40 in human cancer.”

[This comment comes from an evaluation of a related claim.]
Angéline Rouers, Research Fellow, Singapore Immunology Network:
The estimation that 100 million persons were inoculated between 1955 and 1963 in the United States with the poliovirus vaccine containing a small amount of the SV40 virus is correct. However, the link between SV40 virus and the development of cancer in humans is still unclear and has created a huge debate since the last 60 years.

In 2001, the Centers for Disease Control and Prevention (CDC) and the National Institutes of Health (NIH) in the United States convened an independent expert group, which worked over 3 years in an objective manner on the eventual adverse effects of the administration of contaminated batches of poliovirus vaccine. The committee published their report in 2003[2] which clearly addressed the question: “Can SV40 cause cancer in humans under conditions of natural exposure?”

From a mechanistic point of view, SV40 has the capacity to be tumorigenic (to generate tumors) and studies have shown that the virus can lead to tumor development in animal models. However, the experts also highlighted that “data on the association between SV40 and human tumors are inconsistent”. Several studies have shown the presence of SV40 DNA in tumors. The report emphasized the fact that this does not demonstrate a causal relationship: even if the virus is present, it does not prove that the virus caused the cancer.

The committee then addressed this important question: “Is Contamination of the Polio Vaccine with SV40 Responsible for SV40 Infection in Humans?” Since the source of exposure to SV40 can be diverse (animal-to-person, person-to-person or laboratory exposure) and because animal models show preferential infection of neonates and not older ones like in this context (vaccination was mostly for school-aged children, adolescents and adults), the experts finally concluded that “the biological evidence is moderate that SV40 exposure from the polio vaccine is related to SV40 infection in humans”.

All the studies sustaining a link between SV40 and human cancer are based on the detection of SV40 in patients’ tumor. However, two recent reviews[1,3] reveal that the technique for detecting SV40 was not optimal in the previous studies published, mostly due to the cross-reactivity with other polyomaviruses (known as BKV and JCV). More recent studies conducted with improved techniques failed to reproduce the results of previous studies reporting the presence of SV40 in human tumors. The possibility that contamination with laboratory plasmids in detection assays is also proposed as a reason for false positives in previous studies.

Overall, it is accurate to say that SV40-contaminated poliovirus vaccines were used to vaccinate people, however, this issue was addressed and resolved as soon as it was raised. None of the existing data allow us to link SV40 contained in the vaccine to cancer development later.