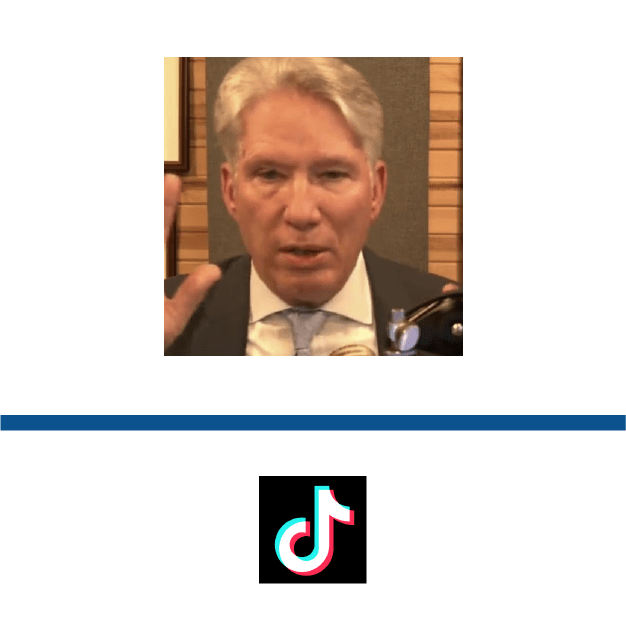 DETAILS
Inadequate support: The claims of medical treatments or errors being the third leading cause of death are based on outdated or widely-criticized research.
KEY TAKE AWAY

Errors in medical treatment are recognized as a significant cause of death among hospital patients. Such mistakes include surgical errors, missed diagnoses, and drug dosage miscalculations. There have been several studies to investigate the rate of deaths from medical errors in the U.S., which have produced a wide range of estimates. The claim that medical errors are the third leading cause of death in the U.S. is based on an unreliable source and is not in line with more dependable estimates.

FULL CLAIM: “The third leading cause of death is MD-directed treatments”

In September 2022, a Facebook user posted a video, which appeared to have originated from TikTok, featuring an interview with naturopath Peter Glidden. In that video, Glidden claimed that “The third leading cause of death, as published in the Journal of American Medical Association, is MD-directed treatments.” The video went viral, receiving more than 220,000 views on Facebook and more than 12,000 shares.

This claim may have its roots in a commentary published in July 2000 in the Journal of the American Medical Association that compared the health of the U.S. population to other countries[1]. The author of this commentary, pediatrician Barbara Starfield, added together deaths from various errors and adverse events in patients:

In the article, Starfield highlighted that the sum of these numbers would place medical errors and adverse events as the third leading cause of death in the U.S. at the time, behind heart disease and cancer (this would now be the fourth highest behind COVID-19). The vast majority of these deaths came from adverse effects of medications and hospital-acquired infections.

However, the claim by Glidden that these deaths were due to “MD-directed treatments” doesn’t necessarily hold true for hospital-acquired infections. For instance, if someone comes to the hospital because of an accident or heart attack and develops an infection while recovering, this couldn’t be blamed on a treatment. The infection may simply have been caught from other patients.

The commentary by Starfield didn’t provide a reference for the cited figure on deaths from hospital-acquired infections. However a 2002 study provided more insight into the causes of such deaths[2]. For instance, approximately one-third were due to pneumonia, which is unlikely to be due to medical treatment. By contrast, only 8,000 deaths involved surgical site infections. The highest rates of death from hospital-acquired infections were among adults and children in intensive care—people who are already in an extremely fragile condition. Together, these figures suggest that “MD-directed treatment” isn’t the underlying cause of many of these deaths.

The other significant cause of death listed is “nonerror, adverse effects of medications”. This figure comes from a 1998 analysis of previous research dating back to 1966[3]. The age of this research significantly reduces its applicability to the modern healthcare system, as procedures and medications will have changed considerably during this period. For instance, the authors of the analysis suggested that “many ADRs [adverse drug reactions] are due to the use of drugs with unavoidably high toxicity. For example, warfarin often results in bleeding.” However, the blood thinner drug warfarin halved in use between 2013 and 2020 as newer, easier-to-use drugs were increasingly adopted.

In addition, research has shown that the total number of adverse events in U.S. hospitals is falling. A study published this year found annual falls in such events of 3% to 7% between 2010 and 2019[4]. This paper did not investigate changes specifically in deaths from adverse events, but the scale of improvement suggests significant changes in hospitals since the Starfield article.

Underlying this discussion of deaths from medication is the assumption that they could have been prevented. However, in many cases, the medication would have been used in an attempt to prevent death from another cause. For example, medication to treat a serious, potentially lethal illness may have led to side effects that caused death. This introduces a significant amount of difficulty in determining whether a death from an adverse event was preventable.

Alan Forster, vice-president of Innovation and Quality at the Ottawa Hospital, speaking to the Healthy Debate website in 2019, provided an example of such a case:

“If a frail older person comes to a hospital with pneumonia, gets antibiotics, and as a result gets C. difficile colitis (an infectious diarrhea that is a known complication of antibiotics) and dies, the question is: What caused that person’s death? Was it the antibiotic-associated diarrhea? Was it their frailty? Was it the pneumonia? And secondly, even if the death is classified as due to the antibiotic, was it really preventable, or not?”

In summary, the Starfield commentary in JAMA discussed hospital-acquired infections, side effects of medication, and medical errors as causes of death. Since not all of these are necessarily caused by physicians, it’s inaccurate to describe all of these as being due to MD-directed treatments. In addition, these numbers rely on studies that are now 56 years old, raising questions about their applicability to today. Finally, assigning the cause of death to medication or treatment doesn’t suggest that the patient’s death was otherwise preventable.

Medical errors aren’t the third leading cause of death

Unfortunately, other online sources (for instance, The Epoch Times, West Health and others) misinterpreted Starfield’s article in claiming that medical errors alone are the third leading cause of death. In the numbers used by Starfield, only about one in six deaths were due to error or unnecessary surgery—the majority were due to the effects of medication or hospital-acquired infections.

This has been compounded by an analysis published in the BMJ in 2016, which explicitly claimed that medical errors were the third leading cause of death in the U.S.[5]. The BMJ article was widely criticized at the time for its flawed methods of analyzing previous research.

Authored by surgeon Martin Makary and research fellow Michael Daniel from Johns Hopkins School of Medicine, the analysis looked at four studies that covered periods from 2000 to 2008. They calculated the mean death rate from preventable medical errors from those studies and extrapolated them to the total number of U.S. hospital admissions in 2013. This produced a figure of 250,000 deaths caused by medical error.

A response by the editors of the journal BMJ Quality and Safety said[6]:

“Though the paper by Makary and Daniel was widely cited as ‘a study’, it presented no new data nor did it use formal methods to synthesise the data it used from previous studies.”

The authors’ use of a simple average of the results from the four studies they included meant that they did not account for the differences in reliability of their figures. One of the studies included was a report issued by Healthgrades, a U.S. company that provides information about physicians, hospitals and health care providers. This report was based on records of patient safety indicators in hospitals and calculating the likelihood that they would contribute to a death, rather than identifying any instances directly.

The other studies used were designed to identify deaths from adverse events in general, not specifically medical errors. As such, they didn’t specify the methodology used for defining cases where the deaths were preventable. As explained earlier, defining what kinds of deaths are preventable can be difficult.

In a comment to Healthy Debate, Fiona Godlee, then Editor-in-Chief of the BMJ, said “The article itself perhaps doesn’t strongly enough state that the methodologies for trying to do this are problematic.” She added that the article was there for debate among the research community rather than a statement of fact, given that “the methodology is a little bit misguided”.

The studies included in the BMJ analysis were also not meant to be generalized to the entire U.S. population. Some only looked at Medicare patients, who are over 65, and are far more likely to have complex needs. Despite this, Makary and Daniel extrapolated the calculated rates to every hospitalization in the U.S., including the most common cause—childbirth—where the rates of preventable deaths would be expected to be low[3].

About 700,000 deaths occur in U.S. hospitals each year. If Makary and Daniel’s estimate were correct, that would suggest that one-third of all hospital deaths were due to preventable mistakes. While it is difficult to place a precise figure on the actual number, such a high rate would be immediately apparent and extremely concerning.

Other estimates of deaths from medical errors are much lower, although uncertainty remains

Studies have attempted to provide an estimate of the scale of deaths due to medical error, however these are also limited by the challenges of subjectivity and extrapolating from small studies.

One of the most commonly cited figures comes from a 1999 report by the U.S. Institute of Medicine. This used two studies, one in Colorado and Utah and the other in New York. The studies examined the number of patients with any adverse event, how many of those were due to preventable errors, and how many of those errors led to a patient’s death. The report concluded that 44,000 to 98,000 people died each year as a result of medical errors.

Even at the upper limit of the estimate (98,000), this would make medical errors the ninth biggest cause of deaths in the U.S.

A more recent study published in 2020 concluded that medical errors lead to just over 22,000 deaths a year in the U.S.[7]. This publication analyzed eight studies published between 2007 and 2019 from Europe and Canada. Each study started by examining hospital deaths to determine their cause and whether they were preventable.

The study also provided further insight into the causes and situations leading to such deaths. The authors found that most hospital errors involved diagnostic errors, poor management of medical conditions, and errors related to surgery. In addition, the majority of preventable deaths occurred in patients with a life expectancy of less than three months.

In other words, such preventable deaths were more likely to happen to patients who were already seriously ill. One possible explanation is that very ill patients are more likely to receive more medical interventions than patients who are only mildly ill, thereby increasing their risk of experiencing a fatal medical error. It’s important to keep in mind that patients who are extremely ill don’t represent the general population of hospital patients, and their risk of fatal medical errors are unlikely to reflect that of the average hospital patient.

In conclusion, claims that the third leading cause of death in the U.S. is either medical errors or M.D.-directed treatments are based on flawed or outdated analyses. It is difficult to provide a precise estimate of the true number of deaths due to medical errors. However, the most reliable research suggests that they would fall ninth or lower on the list of causes.