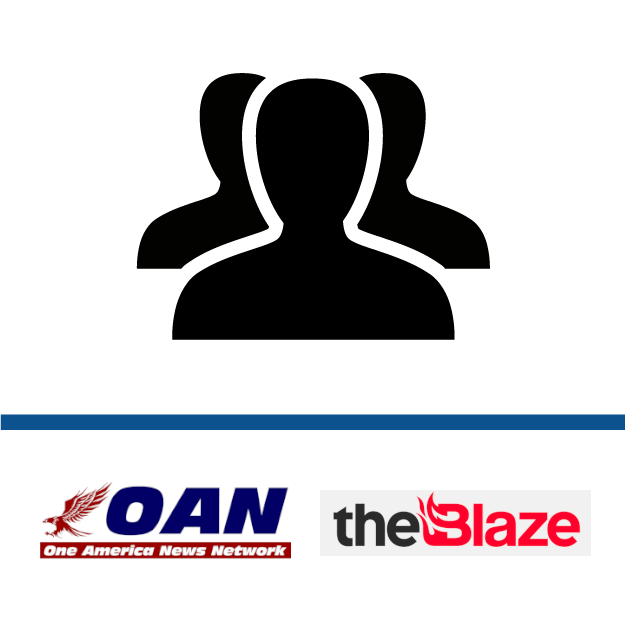 CLAIM
COVID-19 case numbers are inflated due to PCR test sensitivity; “90% of positive COVID-19 tests should be negative”
VERDICT more about the rating framework

DETAILS
Incorrect: Regardless of whether a person tested positive with a high or low viral load, a positive test indicates that the person is or has been infected with the virus, which qualifies them as a COVID-19 case. The high number of COVID-19 cases reported in the U.S. is due to a large number of infected people, not the PCR test's sensitivity.
Unsupported: The New York Times report did not provide any information regarding the frequency of symptoms among the people whose COVID-19 test results were examined. This makes it impossible to infer any association between the presence of symptoms and Ct values, which some videos and articles attempt to do.
KEY TAKE AWAY

It is important to distinguish between a person who has been infected and a person who is contagious. PCR tests with a high level of sensitivity can produce a positive result even though a person only harbors trace amounts of virus or even dead virus, like in recovering patients. Hence a positive test result without information about viral load is not of practical value in determining if an infected person should self-isolate and whether their contacts should be traced. Although a positive test may not tell us whether the person is contagious, it can confirm whether the person is infected. It is therefore appropriate to count a person with a positive result as a COVID-19 case.

FULL CLAIM: COVID-19 case numbers are inflated due to PCR test sensitivity; “90% of positive COVID-19 tests should be negative”; “In some states, their positive case rate could be exaggerated by 90 percent, according to the New York Times [...] This also means that we forced [...] people across the country, to self-isolate or quarantine who never had to, and that’s just because of false-positives due to bad testing”; “Up to 90% who’ve tested COVID-positive wrongly diagnosed”

The claim that the U.S. has an inflated COVID-19 case count due to the sensitivity of the diagnostic PCR test for the virus that causes COVID-19 has been published in several media outlets including One America News Network, The Blaze, Red State, and Townhall Media. The claim is a misinterpretation of a New York Times news report published on 29 August 2020, yet versions of the claim have received more than a million interactions on social media platforms like Facebook, according to the social media analytics tool CrowdTangle.

In the New York Times article, several experts expressed concerns regarding whether PCR test results for the virus that causes COVID-19 are a practical way of informing an infected person what steps they should take after their diagnosis, specifically whether they are contagious and should self-isolate. This is also relevant to helping public health authorities determine whether contact tracing for that individual is needed.

The PCR test detects the presence of the virus by amplifying a small part of the virus’ genetic material. The number of amplification cycles needed to arrive at a threshold considered to be “positive” is also called the cycle threshold (Ct) value. The Ct value is dependent on the quantity of virus in a sample. The more virus present, the fewer amplification cycles are needed to reach the positive threshold, while a low viral load needs more amplification cycles to reach that threshold. As explained in the report, whether one has a high or low Ct determines whether contact tracing and self-isolation measures would be useful. Low viral load (high Ct value) very likely indicates low transmissibility. The video below, produced by Cold Spring Harbor Laboratory, provides a simple explanation of how the test works.

Michael Mina, an epidemiologist and assistant professor at the Harvard T.H. Chan School of Public Health explained in the article that relying solely on the PCR test to inform individuals of what steps they need to take next has turned out to be unreliable, because of the high number of infections in the U.S. and the amount of time the PCR test takes to return a result:

“People infected with the virus are most infectious from a day or two before symptoms appear till about five days after. But at the current testing rates, ‘you’re not going to be doing it frequently enough to have any chance of really capturing somebody in that window,’ Dr. Mina added.

Highly sensitive PCR tests seemed like the best option for tracking the coronavirus at the start of the pandemic. But for the outbreaks raging now, he said, what’s needed are coronavirus tests that are fast, cheap and abundant enough to frequently test everyone who needs it — even if the tests are less sensitive.”

A positive PCR test result confirms an infection but not contagiousness; people in the earliest stages of infection and those who are recovering tend to have a low viral load and are not very contagious, but they can still test positive

The videos and articles making this claim focus on a specific passage in the original report:

“This number of amplification cycles needed to find the virus, called the cycle threshold, is never included in the results sent to doctors and coronavirus patients, although it could tell them how infectious the patients are.

In three sets of testing data that include cycle thresholds, compiled by officials in Massachusetts, New York and Nevada, up to 90 percent of people testing positive carried barely any virus, a review by The Times found.”

Ct values relate to the test sensitivity, but the videos and articles draw inaccurate conclusions from the New York Times report by claiming that the test sensitivity is responsible for inflating the number of COVID-19 cases reported in the U.S. The U.S. currently has the highest number of cases in the world. Based on this flawed conclusion, the videos and articles claim that measures like physical distancing and lockdowns are therefore unnecessary.

This is a strawman argument, as it fails to distinguish between the test’s ability to confirm an infection—which is what case numbers measure—with the test’s ability to determine contagiousness, which is the key issue that the New York Times article deals with. The two categories are distinct. For instance, recovering (convalescent) COVID-19 patients can still test positive for a certain period of time, as documented by South Korea’s Center for Disease Control. This is because the PCR test cannot distinguish between live and dead (non-infectious) virus. This statement in the New York Times article is also a reference to recovering patients: “Tests with thresholds so high may detect not just live virus but also genetic fragments, leftovers from infection that pose no particular risk.”

On the flip side, the New York Times article points out that low viral loads can also occur in people during early stages of infection with this statement: “The F.D.A. noted that people may have a low viral load when they are newly infected. A test with less sensitivity would miss these infections.” But these people could become infectious later when viral load increases as the infection progresses.

Some outlets have even called these high Ct positive results “false positives”, which is inaccurate. The term “false positive” indicates that a person tested positive but does not have the disease[1]. However, the New York Times report makes it clear that a person is or has been infected if they test positive, regardless of whether the test had a high or low Ct value. This also means that it is appropriate to consider a person with a positive result and high Ct value as a COVID-19 case.

Therefore, the sensitivity of the PCR test is not responsible for the high number of cases in the U.S. Simply put, case numbers are high because there are many infected people. This indicates a high level of virus transmission in the community and public health measures, such as physical distancing and lockdowns, are effective and important for reducing the number of infections and protecting the community[2,3].

Apoorva Mandavilli, the journalist who wrote the New York Times article, also stressed this point in a Twitter thread, clarifying that “people who test positive but with high CTs *were* contagious, just at an earlier time point. They are not contagious *anymore*. Doesn’t mean they were never infected, so doesn’t affect the case count.”

To those who are twisting the PCR article to think this is why US numbers are lower: a big NOPE. People who test positive on the PCR are infected, they just may not be infectious.

High Ct values do not mean that someone is asymptomatic

Some of these videos and articles make a leap of logic by claiming that the individuals who had tested positive at a high Ct value (i.e., low viral load) were people who showed no symptoms. This interpretation is baseless and unsupported by the New York Times report, which provided no information regarding the frequency of symptoms among the people whose COVID-19 test results were examined. This makes it impossible to infer any association between the presence of symptoms and Ct values.

And based on this faulty assumption, the videos and articles also claim that the findings in the report mean that people without symptoms—which they label as asymptomatic cases, wrongly, as we explain later—do not spread the virus. This claim is inaccurate on two counts. Firstly, people without symptoms contribute to significant transmission of the virus, as this Health Feedback review reported. The U.S. Centers for Disease Control and Prevention has estimated that about 50% of COVID-19 transmission occurs before the onset of symptoms. Furthermore, studies have shown that infected individuals who do not show symptoms shed infectious virus[4-6].

In summary, the claim that the COVID-19 case counts in the U.S. are inflated because of the PCR test’s sensitivity is based on an inaccurate and misleading interpretation of the original New York Times report. The report details concerns about whether PCR test results are of practical use in determining if a person is contagious, which has implications for the necessity of contact tracing and self-isolation. It also notes a potentially large proportion of positive results from people with low viral loads who are unlikely to be contagious.

In short, the high number of COVID-19 cases observed in the U.S. is due to a high number of infected people in the community, not the PCR test’s sensitivity. Hence public health measures, such as physical distancing and lockdowns, are important for reducing the rate of infection in the community. Given testing bottlenecks in the U.S., the number of COVID-19 cases is much more likely to be underestimated, rather than overestimated as these videos and articles claim.