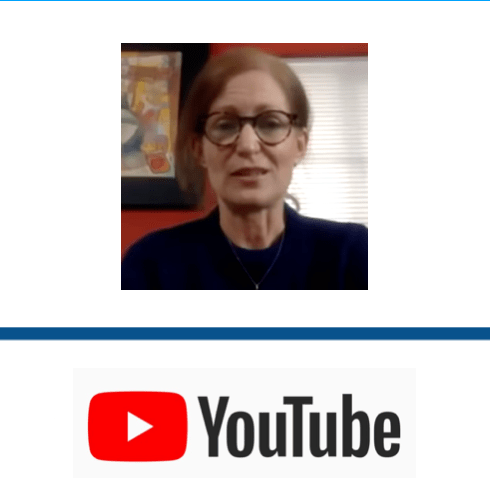 FULL CLAIM: Ivermectin reduces the risk of death from COVID-19

A YouTube video published on 6 March 2021 featured physician Tess Lawrie, who claimed that ivermectin reduces the risk of death from COVID-19. This claim was based on a meta-analysis and review that Lawrie conducted using 27 scientific studies summarized in a review by an organization called the Front Line COVID-19 Critical Care Alliance (FLCCC). The video received over 140,000 views on YouTube as of writing this article.

Ivermectin is an FDA-approved drug for treating parasitic infections, however many have called for its use to treat COVID-19, which is caused by a virus. Its antiviral efficacy hasn’t been demonstrated in people, but in vitro studies, which are performed outside of living organisms, have shown that ivermectin has antiviral activity against some viruses, such as dengue[1] and Zika virus[2]. In vitro studies typically involve artificial conditions that don’t represent conditions in the human body.

Clinical trials on the effectiveness of ivermectin against COVID-19 have also been done, some of which were indeed published and included in Lawrie’s meta-analysis. However, there are several issues with Lawrie’s meta-analysis. It wasn’t peer-reviewed, unlike published studies in scientific journals, and several of the studies used by the FLCCC and included in Lawrie’s review have also not been peer-reviewed[3-5].

The lack of peer review means that scientists with relevant expertise, such as epidemiologists and biostatisticians, haven’t independently reviewed the research. Peer review is an important step in the scientific publishing process, as it helps authors identify and correct substantial errors or shortcomings in their studies. It can also help to determine the quality of a given study. For example, some publications may contain very strong scientific evidence and novel discoveries, while others may have only weak research to back up their hypotheses. Overall, peer review can help prevent the spread of exaggerated or unsupported scientific claims.

Both Lawrie and the FLCCC cited three ongoing clinical trials testing the effects of ivermectin as a treatment for COVID-19 that produced inconclusive results, as well as a report by Juan Chamie, a data analyst with no training in biology or medicine. Overall, presenting these studies and clinical trials as evidence of ivermectin’s effectiveness as a treatment for COVID-19 without acknowledging their limitations is inaccurate and misleading.

Notably, a preprint study by Elgazzar et al., used in Lawrie’s meta-analysis, was withdrawn in July 2021 after numerous issues with the study were detected. Among these issues were plagiarism, potential data fabrication, and data that was inconsistent with the study’s protocol. These issues were uncovered by student Jack Lawrence, who analyzed the preprint for a class assignment.

A summary of the results and limitations of some clinical studies on the effects of ivermectin on COVID-19 is available on the U.S. National Institutes of Health COVID-19 Treatment Guidelines website. For example, some limitations of these clinical studies included small sample size and vague definitions of disease severity. For instance, if the severity of symptoms is poorly defined, it becomes difficult to objectively assess the level of improvement provided by a drug treatment, if any.

Furthermore, some studies did not have a placebo control at all. Without a placebo control, we cannot exclude the bias created by the placebo effect. The placebo effect occurs when a participant’s belief that she or he is receiving an effective treatment produces a positive effect on their symptoms, even though they have actually been given a placebo with no active effect on their illness. Furthermore, some of the studies would draw claims upon observations, which were not statistically significant, i.e. it could not be ruled out that all the results occurred only by chance.

The focus on ivermectin as a potential drug against COVID-19 started with an in vitro study published by Caly et al. in 2020 showed that ivermectin had antiviral effects against the virus that causes COVID-19, SARS-CoV-2, in cell cultures[6]. Although this result provided researchers with a justification for continuing studies of the drug, this study in itself didn’t provide evidence of ivermectin’s clinical efficacy against COVID-19. Furthermore, the study used very high concentrations of ivermectin that were many times higher than the doses approved for use in people[6].

Contrary to the video’s claim, a double-blind, placebo-controlled study by López-Medina et al. showed that ivermectin is unlikely to be effective in patients with mild COVID-19[7]. This study was well-designed and doesn’t possess many of the limitations present in the clinical trials cited in Lawrie’s meta-analysis. Since this study was double-blinded, neither the trial participants nor the researchers knew if they had received or administered the placebo or the drug being tested. This design helps to eliminate bias. That being said, the authors concluded that larger trials need to be conducted to better understand the effect of ivermectin on COVID-19.

The video also misleads viewers by suggesting that safety data regarding a drug’s use for one purpose applies to different uses. Although scientists have known about ivermectin for more than forty years and it has been used to treat parasitic infections, this isn’t relevant to the safety of ivermectin in COVID-19 patients.

In short, while ivermectin is safe to use for treating parasitic infections, this doesn’t automatically mean it will be safe for COVID-19 patients. Furthermore, we also don’t know how ivermectin may interact with other drugs given as standard treatment against COVID-19 and the risks associated with these potential interactions. Therefore, it is misleading to claim that ivermectin is safe for COVID-19 patients on the basis of its safety for treating parasitic infections.

In the video, Lawrie also discussed the affordability of ivermectin and how it can be easily and massively produced. Some have argued that the reason ivermectin isn’t being deployed against COVID-19 is that it is cheap and wouldn’t generate as much profit for pharmaceutical companies. Simultaneously, we can conclude that a cheap drug, thus widely affordable, which would be administered to tens to hundreds of millions worldwide, would be a hugely lucrative business. Interestingly, ivermectin’s manufacturer (under the name brand Stromectol) Merck doesn’t recommend its use against Covid-19 due to the lack of scientific evidence and safety data.

On the 22nd of March 2021, the European Medicines Agency released a statement advising against the use of ivermectin for prevention or treatment of COVID-19 outside randomised clinical trials.

The brand name of ivermectin, Stromectol, was initially misspelled. We have since corrected it.

This review was updated to indicate that a preprint study by Elgazzar et al., which was used in the meta-analysis by Lawrie, has since been withdrawn due to ethical concerns.

We updated this review to provide readers with a more precise explanation of our conclusion on the subject of ivermectin’s safety in the context of COVID-19 and parasitic infections.