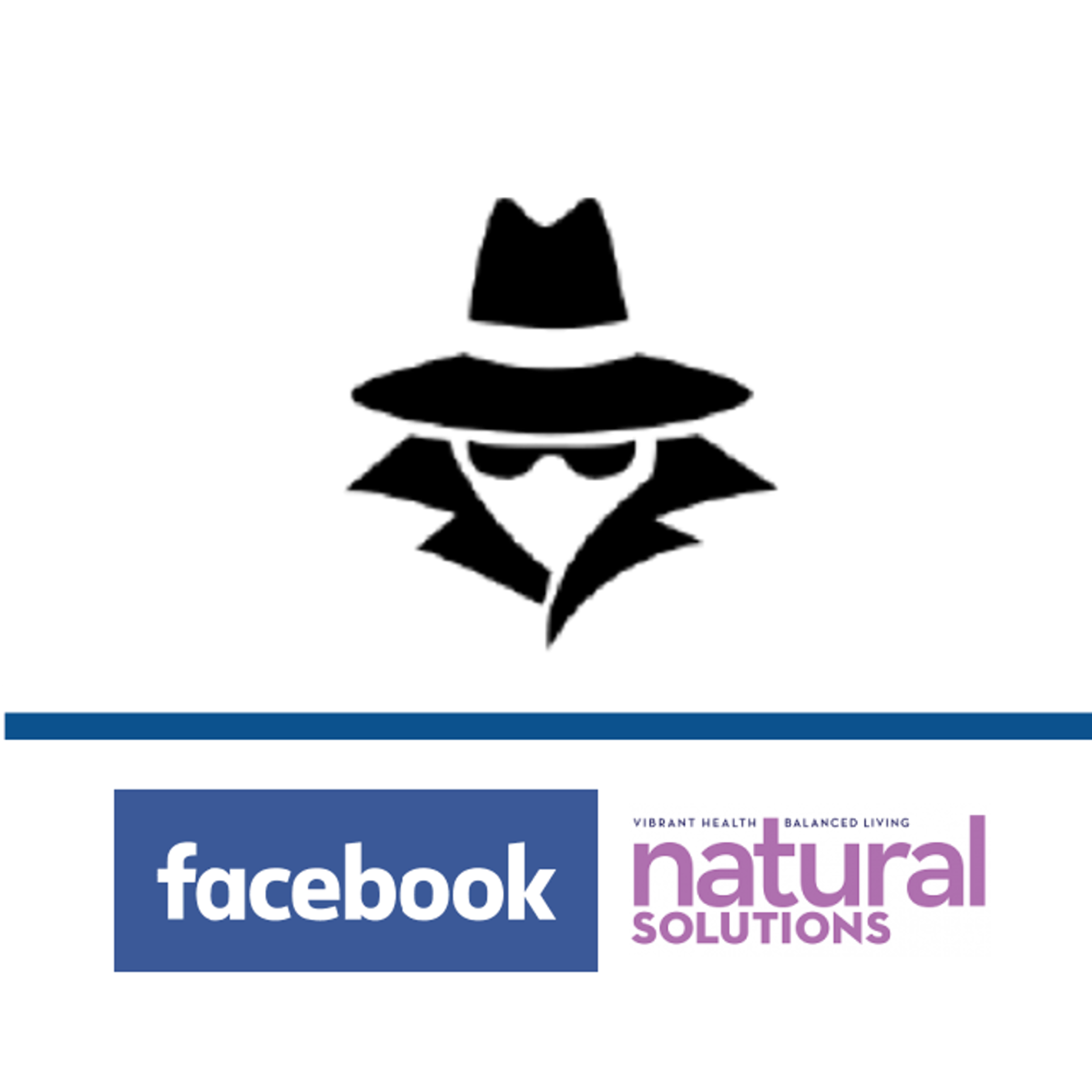 DETAILS
Overstates scientific confidence: Most of the data suggesting that turmeric may prevent or treat cancer have been obtained in test tubes or mice, and therefore don’t reflect the complexity of the human body. These data cannot be used to confirm any potential health benefit of turmeric in people.
Inadequate support: The available clinical trials investigating the use of turmeric or curcumin for cancer prevention or treatment are mostly exploratory. Most of them lack key experimental design features necessary to obtain reliable results, such as the presence of a control group. Trials that do have these design features reported only mixed results so far.
KEY TAKE AWAY

Turmeric has long been used in traditional medicine. Research has shown that some of its components, such as the molecule curcumin, have many effects on proteins and cells in test tubes, which suggests that turmeric could have several possible health benefits, against inflammation, diabetes, or cancer. However, despite this intense research effort, little is known about the effect of turmeric or curcumin in humans. Reliable clinical evidence is still needed before concluding that curcumin has any effect in preventing or curing cancer.

Quinoa, pomegranate, ginger, turmeric, and many other products have been dubbed “superfoods” by the media at some point. Although there is no clear definition of superfood, the term revolves around the idea of a product offering health benefits and preventing diseases. Superfood products are a trending topic in the media, with the market expected to reach $272 billion by 2028.

Turmeric, a yellow spice made from the roots of the plant Curcuma longa, is a recurring example of a “superfood”, traditionally used in gastronomy and herbal medicine in several Asian cultures[1].

Turmeric, as well as one of its components, the molecule curcumin, have been a growing topic of research owing to numerous claims about their health benefits. A recurring health claim seen online is that “turmeric prevents cancer”. This claim can be found on social media, such as this post by the website Natural Solution Magazine, followed by almost 3 million people on social media. Health Feedback also previously covered the same claim here; scientists told us that such claims aren’t supported by scientific evidence.

We explain below why this bold claim isn’t currently supported by available evidence, in spite of numerous results pointing toward an interesting potential of turmeric or curcumin to prevent or treat cancer.

Research studies generally use curcumin, extracted from the turmeric powder, rather than the whole spice. Studies that have been performed on cells growing in the lab or in mice showed that curcumin modulates several biological mechanisms involved in inflammation, cell proliferation, and oxidation[2]. These mechanisms are dysfunctional in many diseases, such as inflammatory diseases, diabetes, and cancer. In particular, research showed that curcumin could reduce cancer cell proliferation and induce cancer cell death through diverse molecular mechanisms, thus outlining a possible therapeutic or preventive effect of turmeric or curcumin against cancer[3].

However, these results weren’t obtained in humans. While studies on cells or in mice are easier and cheaper to conduct and offer a better control of experimental parameters, they do not reflect the complexity of the human body. In a review on a related claim, Victoria Forster, a cancer researcher at the Hospital for Sick Children in Toronto, detailed:

“These experiments are the very first rung on a very high ladder which any potential new treatments must climb before they are approved for treatment. Most compounds which kill cancer cells in a dish fail at subsequent steps and never make it into patients for a number of reasons. These include the fact that cells in a dish do not have an immune system, which influences the response to most drugs, nor a liver which affects how many drugs are processed and cleared from the body.“

Therefore, such results are insufficient to draw conclusions on the possible effect of turmeric and curcumin on human health and specifically on cancer prevention or treatment.

To the difference of the aforementioned studies, clinical trials directly assess the therapeutic potential of a molecule in humans. Several clinical trials investigated whether turmeric or curcumin help to prevent or treat cancer. The U.S. National Cancer Institute (NCI) presented a comprehensive summary of clinical results available to date. However, none of the trials in that list had the experimental design that provides the best quality of clinical evidence.

The NCI attributes the highest level of confidence to clinical trials that are randomized, controlled, and double-blind. “Controlled” means that one test group will receive the molecules to be tested, while another control group will receive a placebo or the best treatment available so far. In the absence of a control group to compare the clinical outcome, it is impossible to know whether the trial results are good or bad.

The clinical trials should also be randomized, meaning that volunteers should be randomly allocated to the test or control group in order to ensure no behavioral, medical or demographic differences between the groups that would bias the results. The trials should also be double-blind, which means that neither the volunteers nor the health practitioners know whether a given volunteer is part of the test group or the control group.

Five of the clinical trials in the NCI list investigated the ability of curcumin to prevent cancer. They were either without a control group, not double-blinded, or reported no or limited effect of curcumin.

The NCI also listed eight clinical trials investigating the use of curcumin as a treatment for cancer. None of these had control groups to compare the effect of curcumin to the standard of care without curcumin.

Based on the strength of this evidence base, the NCI concluded that:

“Results from early-phase trials of curcumin-containing products in the chemoprevention of colon, oral, and hepatic carcinoma appear promising. However, the findings from these early trials have to be confirmed in well-powered trials evaluating safety and effectiveness as indicated by modulation of clinical outcomes.“

Regarding evidence for curcumin use in cancer treatment, the NCI also concluded:

“Data from early-phase trials of the safety and effectiveness of curcumin-containing products in cancer treatment are at most from pilot trials that targeted various stages of cancer and cancer patient populations, and utilized different formulations and doses of curcumin and durations of intervention. Thus, the evidence is currently inadequate to recommend curcumin-containing products for the treatment of cancer.“

A scientific review—an article summarizing the available evidence on a given topic at the time of publication—of 2015 came to a similar conclusion[4]:

““Although a considerable body of scientific evidence substantiates the positive correlation between curcumin consumption and a reduction in the risk of cancer, the paucity of suitably designed human clinical trials that clearly demonstrate any direct effect of curcumin on cancer markers may prevent Health Canada from approving a cancer risk reduction claim for curcumin within the current regulatory framework.“

Finally, a search on ClinicalTrials.gov—the clinical trial repository of the U.S. National Library of Medicine—for completed clinical trials about cancer with “curcumin” or “turmeric” in their titles with available results as of 19 April 2022 only returned three trials, of which only one evaluated curcumin as a treatment. It reported negative results, meaning that curcumin failed to improve the clinical condition of patients.

In summary, turmeric and its main active compound, curcumin, may have antioxidant or anticancer activity according to studies in test tubes and lab animals. However, clinical trials on humans are very limited. Most data come from exploratory trials, and robust, controlled, randomized clinical trials are still lacking. Therefore, we don’t have the evidence at the moment to reliably conclude whether turmeric helps prevent or cure cancer.

[This comment comes from an evaluation of a related claim.]
Victoria Forster, Postdoctoral Fellow, The Hospital for Sick Children:
Turmeric contains a compound called curcumin, which has been used in some lab-based experiments, showing some effects on cancer cells.

However, pretty much anything will kill cancer cells in a petri dish. Cancer cells in dishes will die if they are too hot, too cold, are fed with the wrong ‘food,’ if there’s too much salt in their food, if there isn’t enough. They are very fragile already and require specialized equipment to culture in the lab to make sure they can grow. These experiments are the very first rung on a very high ladder which any potential new treatments must climb before they are approved for treatment. Most compounds which kill cancer cells in a dish fail at subsequent steps and never make it into patients for a number of reasons. These include the fact that cells in a dish do not have an immune system, which influences the response to most drugs, nor a liver which affects how many drugs are processed and cleared from the body. Cancer cell lines also have the genetics of the single tumor and patient they were taken from, meaning they are often not representative of most tumors, which can be different for every person with cancer.

Although turmeric appears to be safe at the levels normally consumed in foods, there is also some evidence that turmeric can be toxic to the liver in the high doses taken in supplements and is likely to interact with some other medications that people may be on.

To summarize, curcumin is at the very, very start of its evaluation as a possible cancer treatment and it is simply too early to say whether it might be useful or not. People recommending turmeric as a cancer treatment now is equivalent to saying that a child who has just finished the first day of kindergarten is ready to start working as a doctor. That child might well become a doctor someday, but statistically it is unlikely and if they do, there are a lot of hurdles and tests to overcome first before they can prove they are competent and qualified.