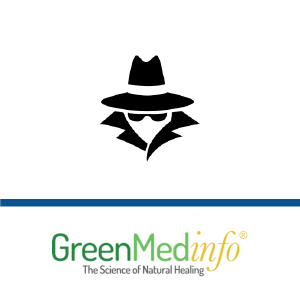 CLAIM
”A German study involving over 25,000 children reveals that major negative impacts on the physical, psychological, and behavioral health of children may be far more widespread than reported”
VERDICT more about the rating framework

DETAILS
Inadequate support: The study involved an online survey that collected parents’ reports of negative effects from mask-wearing on children. However, the study cannot demonstrate a causal relationship between mask-wearing and these effects in children, due to limitations in its design. The study also did not account for confounding factors, such as the presence of pre-existing illnesses or conditions in children, which could cause the same negative effects that were reported. The parents who were surveyed in the study might also be biased against mask-wearing, which could influence their responses.
KEY TAKE AWAY

Cloth face masks are safe for children over the age of two years old to wear, according to the American Academy of Pediatrics. To reduce the spread of COVID-19, it is important for children to practice the same precautionary measures as adults, such as mask-wearing, frequent handwashing, and physical distancing, to limit the spread of COVID-19. While children are generally less likely to develop severe COVID-19 symptoms, some develop serious illnesses following mild cases of COVID-19, which is known as multisystem inflammatory syndrome. Furthermore, children can still transmit the virus to populations that are at risk for severe COVID-19, like the elderly, albeit with a lower probability than adults.

FULL CLAIM: “A German study involving over 25,000 children reveals that major negative impacts on the physical, psychological, and behavioral health of children may be far more widespread than reported in the media and by government officials -- affecting approximately 68% and contributing to 24 distinct health complaints, according to parent submitted observations.”

An article published on 2 January 2021 by GreenMedInfo, promoting “a German study” that purportedly found wearing face masks causes “major negative impacts” on children, went viral on Facebook in early January 2021 and received more than 20,000 interactions and more than 6,000 shares. The study itself, which was uploaded as a preprint (a study not yet peer-reviewed by other scientists) on ResearchSquare on 18 December 2020, received more than 24,000 views and more than 5,100 interactions on social media platforms including Facebook, Instagram, and Twitter.

The study was conducted as follows:

“Based on the registry of adverse drug reactions at the Paul Ehrlich Institute (www.nebenwirkungen.pei.de), an online registry has been set up where parents, doctors, educators and others can enter their observations on the effects of wearing a mask on children and adolescents. On 20.10.2020, 363 doctors on the Co-Ki study distribution list were informed about the possibility of making entries there themselves and to communicate the registry to their patients and colleagues. The registry and the questionnaire can be found online at www.co-ki-masken.de (Figure in Online Supplement S1) as part of the Co-Ki study complex (figure in Online Supplement S2). The data entered in the registry includes information regarding the role of the registrant, demographic data, previous illnesses, situation and duration of mask wearing, type of mask, existence of complaints from the child about an impairment via the mask, symptoms, behavioral problems, personal attitude to corona protection measures of the government and the possibility to leave name and e-mail address.”

Some of the complaints, symptoms, and behavioral problems listed in the study are headaches, impairment in learning, and vague terms, such as “disease feeling”.

This method of collecting information is similar to that used in other adverse event surveillance systems to which anyone can submit a report, such the U.S. Vaccine Adverse Events Reporting System (VAERS) or the registry of adverse drug reactions at the Paul Ehrlich Institute cited in the study. Such systems collect information on the incidence and type of adverse reactions following the administration of a drug or vaccine. Such information alerts authorities on whether a particular type of adverse reaction commonly occurs following a drug or vaccine, so that an investigation can be made to determine whether there is a causal relationship.

In addition, the study and the GreenMedInfo article attribute all the reported negative effects in children solely to mask-wearing, but this conclusion is unsupported by the study’s design. This is because the study lacks controls, which in this case would be a group of children who didn’t wear masks. Because of this, it is impossible to determine if the reported negative effects were due to mask-wearing or if they would have occurred even if children didn’t wear masks.

Another problem with the study is that the authors did not evaluate potential confounding factors, such as pre-existing illnesses or conditions in the children whose parents took the survey. Such conditions may cause some of the reported effects, such as headaches and restlessness, but were unaccounted for in the study.

Finally, the population that was surveyed in the study may not be representative of the general population. In fact, the study itself acknowledges this, stating that the survey has been publicized in social media communities that are skeptical of or oppose measures for controlling the spread of COVID-19:

“A reporting bias (also with regard to the preferential documentation of particularly severely affected children) cannot be ruled out. In addition, the link to the registry was also found in social media forums, among other places, which criticize the government’s corona protection measures in principle, which is partly reflected in the results of the query on attitudes to the government’s corona protection measures.”

Another indication that the surveyed population is not representative of the general population in Germany is that among the surveyed population, “41.7% were in favor of milder measures. A further 31.6% expressed a different opinion […] In general, they described the policy measures as inappropriate, incomprehensible and undifferentiated”. Only 22.7% of participants reported finding that the government’s coronavirus protection measures were “appropriate” or that “the measures should be more stringent.”

These results are at odds with an August 2020 poll of 1,303 randomly selected people in Germany, conducted by German public broadcaster ZDF. The results of the poll indicated that a majority of Germans are in favour of stricter measures, and only “10% considered the current regulations to be over-the-top.” These characteristics suggest that the survey results are likely to be biased based on participants’ beliefs regarding the effects of wearing face masks.

In addition, these self-reported accounts of ill effects from mask-wearing cannot be verified independently, making it difficult to determine if the reported effects are genuine or the result of exaggeration or confirmation bias. This is a particular concern, given that individuals and groups that are skeptical of or oppose public health measures to reduce the spread of COVID-19, like mask-wearing and physical distancing, commonly published or shared misinformation about these measures, fostering inaccurate beliefs that masks cause various health problems, like hypercapnia (increased carbon dioxide levels in the blood) and bacterial infections.

As explained in an earlier review by Health Feedback, scientific evidence supports the use of face masks for reducing the spread of viral respiratory illnesses like COVID-19.

The American Academy of Pediatrics (AAP) tackled some common concerns that parents may have about their children wearing face masks, explaining that wearing cloth masks will not interfere with a child’s lung development, oxygen intake or immune system. The AAP states that “Cloth face coverings are an important tool in preventing the spread of COVID-19. They are safe and effective for children over the age of 2 years and adults.”

To reduce the spread of COVID-19, it is important for children to practice the same precautionary measures as adults, such as mask-wearing, frequent handwashing, and physical distancing, as the U.S. Centers for Disease Control and Prevention (CDC) recommends. Although children, in general, are less likely to develop severe COVID-19 symptoms than adults, some develop serious illnesses following mild cases of COVID-19, known as multisystem inflammatory syndrome[1,2]. Furthermore, children can still transmit the virus to at-risk populations, like the elderly, albeit with a lower probability than adults, as this National Geographic article reported.

However, there are exceptions: the CDC does not recommend that children younger than two years old or people who have trouble breathing wear face masks. The World Health Organization also states that children should not wear masks when playing sports or doing physical activities like running, so as not to compromise their breathing:

“When organizing these activities for children, it is important to encourage all other critical public health measures: maintaining at least a 1-metre distance from others, limiting the number of children playing together, providing access to hand hygiene facilities and encouraging their use.”

In summary, the claim that the study cited by the GreenMedInfo article shows mask-wearing leads to many harmful physical and psychological effects in children is unsupported and misleading. This claim ignores several limitations in the study that preclude such a conclusion from being drawn, such as its lack of controls and failure to account for confounding factors and bias in the study population.