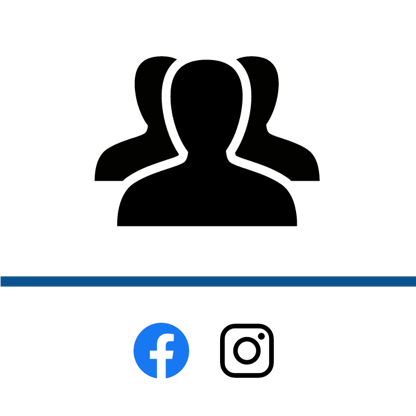 DETAILS
Unsupported: No evidence indicates that sunscreen ingredients increase the risk of any type of cancer. On the contrary, plenty of evidence shows that sunscreen use reduces the risk of skin cancer.
Inaccurate: Sun overexposure is the major cause of skin cancer, contrary to claims on social media.
Lack of context: Benzene isn’t an ingredient in sunscreen. The presence of tiny levels of benzene in sunscreen was probably due to contamination of certain batches of the product.
KEY TAKE AWAY

Skin cancer is the most frequent type of cancer in the U.S. and its primary cause is overexposure to ultraviolet sun radiation. Medical associations and public health authorities recommend that people minimize the risk of skin cancer by avoiding sun overexposure and using sunscreen when outdoors.

FULL CLAIM: “Sunscreens cause cancer, not the sun”; “spray tans and sunless tanning lotions/serums change your DNA”; sunscreen products were “recalled for having benzene, a known carcinogen that experts say could potentially increase cancer risk”

Skin cancer is the most frequent type of cancer in the U.S. Estimates indicate that up to one in five Americans will develop skin cancer over their lifetime[1], mainly associated with overexposure to ultraviolet (UV) radiation from the sun. Therefore, the best way to prevent skin cancer is protecting the skin from UV rays.

The American Academy of Dermatology recommends seeking shade at peak sun hours, wearing protective clothing and sunglasses, and always using sunscreen when outdoors. However, myths and misconceptions about skin cancer, sun exposure, and prevention are still widespread and contribute to hesitance in following these simple protective measures.

In early April 2022, posts claiming that sunscreens cause cancer (see examples here, here, and here) circulated on social media platforms. Such posts received a total of more than 13,000 interactions on Facebook and Instagram.

As we will explain below, the claim that sunscreen increases cancer risk or has harmful effects in humans is unsupported by currently available scientific evidence. On the contrary, data from multiple studies indicate that regular sunscreen use is safe and prevents sunburn, long-term skin damage, and skin cancer.

This review explains where this claim might have originated and what the state of current scientific evidence regarding sun exposure, skin cancer, and sunscreen safety is.

UV radiation from the sun is a known carcinogen

Posts claiming that the sun doesn’t cause cancer are inaccurate, as Health Feedback explained earlier in this review. The sun not only emits visible light, but also invisible UV radiation. Thus our skin also receives UV radiation. Sun overexposure can damage the skin through two different types of UV. UVA rays are primarily associated with long-term damage and premature aging (wrinkles and age spots). UVB rays have a higher amount of energy than UVA rays and are the main cause of sunburn and skin cancer, but both UVA and UVB increase skin cancer risk[2].

Epidemiological studies show a causal association between exposure to both solar and artificial UV radiation, such as tanning beds and sun lamps, and all major types of skin cancer[3,4]. UV radiation is a proven cause of basal cell carcinoma and squamous cell carcinoma (SCC), and is also associated with an increased risk of developing melanoma[5]. This is because UV radiation can penetrate the skin cells and damage their genetic material. The cells can only partially repair this damage, which builds up over time and can end up altering cell function and leading to skin cancer.

In 2009, the International Agency for Research on Cancer (IARC) classified sun and artificial UV radiation under Group 1 carcinogens, that is, agents that are proven to cause cancer in humans[6].

Sunscreen products are regulated as over-the-counter drugs by the U.S. Food and Drug Administration (FDA). This means that the active ingredients they contain must be proven safe and effective before these products enter the market.

Multiple studies, including randomized controlled clinical trials that evaluated the use of sunscreens for over ten years, indicate that regular sunscreen use is safe and reduces the risk of skin cancer[7-9]. Based on this evidence, the American Academy of Dermatology and the American Cancer Society recommend that everybody uses sunscreen when outdoors. The most adequate sunscreen would be one that offers broad-spectrum protection—meaning sunscreen that protects against both UVA and UVB rays—has a sun protection factor (SPF) of at least 30, and is resistant to water.

Initially, it was assumed that active ingredients in sunscreens remained on the skin’s surface. In 2019 and 2020, the FDA published two clinical trials showing that this wasn’t the case, and several common active ingredients, including oxybenzone, octinoxate, and octocrylene were absorbed into the bloodstream[10,11]. These results prompted the FDA to update marketing requirements for sunscreens and request additional safety data to fill in the data gaps resulting from this new piece of evidence.

While the FDA findings didn’t mean that sunscreen ingredients are unsafe, some social media users incorrectly interpreted the findings to mean that the ingredients were harmful. Some of them cited earlier studies showing that high concentrations of some of these active ingredients caused cancer and hormonal disorders in experimental animals and cell cultures[12,13].

However, animals and cells are very different from human beings, and the results from these studies can’t be directly extrapolated to humans. Furthermore, these studies used in general much higher concentrations of the active ingredients than those present in sunscreen[12-14]. Some of these studies also used a different route of administration, for instance feeding animals with food containing chemical UV filters rather than applying the chemicals to the skin.

In other words, while these preliminary findings deserve further investigation, they don’t provide evidence that sunscreen harm people’s health. In fact, the U.S. National Academies of Sciences, Engineering and Medicine states that “Sunscreen use is not linked to higher rates of any type of cancer”. This means that the known risk of developing skin cancer due to unprotected sun exposure far outweighs any potential risk in sunscreen ingredients.

Concerns about the presence of benzene in sunscreen products

Some posts like this one specifically linked the risk of cancer to the presence of benzene, a chemical that the IARC acknowledges causes cancer in humans upon long-term exposure. In 2021, an analysis by the independent laboratory Valisure reported traces of benzene in 78 unique batches of sun care products of the 294 analyzed (27%). One of the companies affected, Johnson & Johnson, issued a voluntary recall of the affected products and lots as a precautionary measure.

However, it is important to note that benzene isn’t an actual sunscreen ingredient. Therefore, the authors of the report assumed that its presence was due to the contamination of certain batches during the manufacturing process. The report also stated that the minute quantities detected don’t indicate a safety issue with sunscreens in general as most of the batches tested didn’t contain detectable levels of benzene.

The U.S. Centers for Disease Control and Prevention (CDC) explains that people are exposed daily to low levels of benzene from tobacco smoke, gas stations, motor vehicle exhaust, and industrial emissions. Based on guidance from the Environmental Protection Agency (EPA), Johnson & Johnson stated that “daily exposure to benzene in these aerosol sunscreen products at the levels detected in our testing would not be expected to cause adverse health consequences”.

David Leffell, chief of dermatologic surgery and cutaneous oncology at Yale School of Medicine explained in an email to Health Feedback:

“Benzene has been found in some sunscreens, perhaps as a result of the manufacturing process. But any risk of cancer, which has not been specifically documented, is outweighed by the known risk for developing skin cancer from the sun.”

Concerns regarding the presence of dihydroxyacetone in sunless tanning lotions

Sunless tanning lotions and sprays have also been subject of claims about allegedly harmful effects in humans. For example, this Facebook post claimed that these products “change your DNA”.

The post cited a 2004 study showing that dihydroxyacetone (DHA), the active ingredient in tanning lotions, damaged the DNA of cells cultured in the laboratory. But as in the case of sunscreen ingredients, the findings from this study don’t imply that DHA is harmful to humans for external use in the concentrations present in tanning products.

The U.S. FDA considers DHA levels in tanning lotions and sprays safe for external use. There is no data regarding its safety when applied to the eyes, lips, or any other mucosa, or when ingested or inhaled, and the agency recommends to avoid this type of exposure.

There is no conclusive evidence indicating that ingredients in sunscreens and tanning lotions and sprays are unsafe, contrary to claims on social media. Conversely, multiple studies show that sunscreen use reduces the risk of skin damage from UV radiation, which is a well-known carcinogen. For this reason, the U.S. CDC and the American Academy of Dermatology recommend using sunscreen when outdoors in conjunction with other protective measures, including wearing protective clothes and sunglasses, and limiting exposure during periods of peak sunlight.

David J Leffell, Professor of Dermatology and Professor of Surgery, Yale School of Medicine, University of Yale:
DHA, usually used in sunless tanners, has not been shown to cause cancer in humans.
Benzene has been found in some sunscreens, perhaps as a result of the manufacturing process. But any risk of cancer, which has not been specifically documented, is outweighed by the known risk for developing skin cancer from the sun.