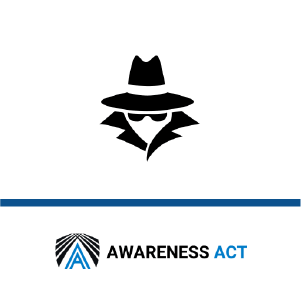 DETAILS
Unsupported: In spite of its headline, the article never actually cites a “recent study” showing that sunscreen causes cancer. The claim that sunscreen causes cancer is not supported by scientific evidence.
Cherry-picking: The article claims that sunlight protects people from cancer and doesn’t harm people by citing a single study while dismissing evidence from many studies establishing the link between UV exposure and risk of skin cancer.
KEY TAKE AWAY

This article, originally published by Awareness Act (archived here), claims that a “recent study shows how sunscreen causes cancer, not the sun”. Similar claims about sunscreens causing cancer have also been published in other outlets such as Collective Evolution, Woked, The Truth Revolution, Real Farmacy, and have been trending this summer on social media. Despite the headline, the article never actually cites a study to support the claim that “sunscreen causes cancer”.

The claim that “the sun doesn’t harm us” is false given that exposure to UV radiation from the sun is a well-known risk factor for various forms of skin cancer. Additionally, it cites only one study in support of this claim[1], without taking into account the many studies establishing the well-known link between exposure to UV radiation and skin cancer (these studies have been summed up in a review by Whiteman et al[2]).

While the article’s takeaway from the study by Lindqvist et al. is generally correct (i.e. an increased mortality linked to sun exposure avoidance was observed), it does not take into account the fact that southern Sweden does not receive as much sunlight as other parts of the world, as the editorial comment to the original research article pointed out[3]. The finding that reduced sun exposure leads to increased mortality may therefore only be applicable to areas that do not receive much sunlight to begin with. Therefore, a balance needs to be struck when attempting to receive adequate sun exposure for health – too much or too little sunlight could be harmful (although apparently in different ways).

The article is also correct in stating that sunscreen use may alter people’s behavior by giving them a false sense of security, causing them to stay in the sun for prolonged periods of time. This was indeed observed in a study by Autier et al.[4], which concluded that “an increased ability to delay sun-induced skin erythemal reactions [i.e. skin reddening and sunburns] is sufficient to cause longer sun exposure”. They also added that:

“The increase we observed in sun-exposure duration may explain why sunscreen use has been reported to be a risk factor for melanoma, basal cell cancer, and nevus development.”

This still means that increased risk of skin cancer is caused by excessive exposure to the sun, as a result of the false sense of security from sunscreen use. The solution is not to stop using sunscreen, but to understand the need to exercise caution with sun exposure even when using sunscreen.

A 2017 literature review by Young et al. reaffirms the benefits of sunscreen use[7]:

“The clinical benefits of sunscreens have been demonstrated in randomized controlled trials that established the role of sunscreens in the prevention of actinic keratoses, squamous cell carcinomas, nevi, and melanomas. Sunscreens also prevent photoimmunosuppression and signs of photoaging. Continued efforts in public education on the proper application of sunscreens and the practice of photoprotection in general are needed.”

Regarding the potential adverse health effects of sunscreens, a 2011 meta-analysis by Burnett and Wang concluded that[8]:

“The overwhelming majority of available data is drawn from studies conducted using antiquated sunscreen formulations. Nonetheless, our research revealed that topical use of sunscreen protects against squamous cell carcinoma, does not cause vitamin D deficiency/insufficiency in practice and has not been demonstrated to adversely affect the health of humans.”

A 2019 study by Matta et al. does indicate that certain sunscreen ingredients can be absorbed into the bloodstream at levels qualifying them for toxicology assessment[9]. Whether these findings have any clinical significance still requires further research, although the authors have emphasized that “[these] results do not indicate that individuals should refrain from the use of sunscreen.”

Science-Based Medicine covered a similar issue on sunscreen and skin cancer, with particular focus on claims made by Elizabeth Plourde, who is also quoted in the article reviewed here.