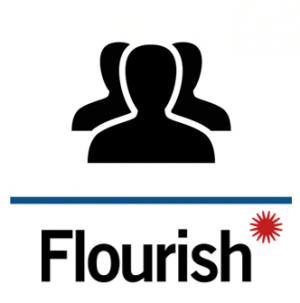 CLAIM
COVID-19 became a leading cause of death globally by the end of May 2020.
VERDICT more about the rating framework

DETAILS
Accurate: The mortality statistics for various causes of death represented in the graph are generally accurate as based on Health Feedback’s independent analysis.
Lacks context: Although sources are indicated, the post does not clearly explain which database was used for which cause of death, nor what were the inclusion or exclusion criteria in the choice of causes of death to be taken into account.
KEY TAKE AWAY

A graphical representation of the number of human deaths from COVID-19 compared with other common causes of death, including disease, violence, accidents, and drug use, shows that the COVID-19 death count has risen sharply in the first five months of 2020. It now outpaces important causes of death such as malaria. However, it still ranks far behind the leading causes of death worldwide such as stroke and heart or pulmonary disease.

An animated bar graph circulating on social media went viral in June 2020 and received more than 100,000 interactions on Facebook. The graph claims to report the number of deaths that have occurred worldwide from several causes, including COVID-19, between 1 January 2020 and 24 May 2020. In the animation, the COVID-19 death count exhibits a strong acceleration, progressively outpacing the number of deaths from other causes, including top-ranked malaria, and ultimately reaching 345,059 deaths. Health Feedback finds the graphical representation to be mostly accurate, although some methodological aspects are lacking and others are somewhat misleading.

The data used to create the graph come from three sources: The Global Burden of Disease (GBD) study, Worldometer, and the COVID Data GitHub repository of Johns Hopkins University. The GBD study estimated the number of deaths from various causes worldwide through 2017.

The graph compares 2017 numbers for non-COVID-19 causes of death to 2020 data for COVID-19. Because the graph is not accompanied by a detailed explanation of the methods used to calculate the numbers used for each disease, Health Feedback conducted its own analysis to determine whether the graph presents accurate data and to attempt to discern the methods used. First, it appears that the graph’s creator divided the annual number of deaths from each cause, except COVID-19, by the number of days in a year to yield a daily death rate. Evidence of this method is the observation that the number of deaths from non-COVID-19 causes increase at a constant daily rate (linearly).

Second, we compared the graph’s daily death rate for non-COVID-19 causes with daily death rates which we calculated from the 2017 GBD data (see our comparison in Table 1). We also compared the daily rate with another database provided by the World Health Organization (WHO) which summarizes the number of deaths from main causes in 2016. Our analysis shows that the daily death rates calculated using these two different data sets were of the same scale as those shown in the graph. For many causes of death, the differences between our calculated average daily death rates obtained from the GBD dataset and those shown in the graph were around 5% or less. However, we found much larger differences for several causes of death, such as malnutrition (56% lower using the GBD data) and natural disasters (25% higher)@. The results obtained from the WHO database, however, show a greater difference.

Our comparison of daily death rates due to non-COVID-19 causes was complicated by the fact that some cause-of-death categories listed in the GBD database did not match the categories presented in the graph. For instance, the GBD database combines the number of deaths from conflict and terrorism, whereas the graph presents these two causes of death separately. Also, the GBD database does not provide the number of deaths from influenza%. Given that the graph does not explicitly state which dataset and which death categories it presents, it is not possible to fully validate the data. In addition, the results obtained from the WHO database showed a greater difference (Table 1). This highlights how the choice of databases can affect the outcome of the calculation. However, on the whole our quantifications are not dramatically different from those shown in the graph for most causes of death as they are all within the same scale and the relative ranking of the different causes of death is only slightly affected.

Despite the relative agreement between Health Feedback’s calculated numbers and those presented in the graph, the graph is a bit misleading because it fails to include the leading causes of death worldwide. A WHO survey from 2016 established the top ten causes of death worldwide, the first one being ischemic heart disease (i.e., reduced blood flow to the heart such as from the narrowing of coronary arteries due to plaque buildup). Without these leading causes of death, the graph exaggerates the magnitude of COVID-19 deaths and their relative importance.

When the top 10 leading causes of death are added to the graph (see Figure 2 below), the relative contribution of COVID-19 towards mortality worldwide is much less impressive. However, this should not be interpreted as a statement that COVID-19 does not constitute a significant public health threat. As the original graph shows, the increase in COVID-19 mortality exhibited a dramatic increase during the first quarter of 2020. As Health Feedback and others have reported, the COVID-19 pandemic is responsible for a significant excess number of deaths worldwide.

In summary, the number of deaths represented in the graph are mostly correct, as we found results within the same order of magnitude for most causes of death using our own independent verification. The dynamics of COVID-19 mortality are also correct, exhibiting a sharp acceleration during the first five months of 2020.

However, the method used to present the data in the animated graph is unclear. For example, the graph does not specify which dataset was used for each cause of death. This makes it impossible for others to fully validate the claim. In addition, the author appears to have cherry-picked the causes of death displayed in the graph, leaving out the top 10 leading causes. This selection graphically enhances the importance of COVID-19 as a cause of death and may mislead the casual reader.

Overall, comparing causes of death can be a tricky exercise as it depends on how deaths are categorized. For example, COVID-19 is a specific disease caused by a specific virus. Comparing COVID-19 deaths side-by-side with, for example, total cancer deaths, which is a much wider category encompassing many cancer types, is not really relevant. It is preferable to compare the number of deaths between death categories of similar scopes. Our analysis also shows, by comparing the results from the WHO database and the GBD database, that one must be careful when pooling data from different databases as they may have used different methodologies to compile the data which may have produced significantly different results.

@ Worldometer reports a different number of deaths for malnutrition, with more than 5,200,000 deaths from hunger this year as of 21 June 2020. However, this count still does not match the number reported in the graph.

% Worldometer reports 658 deaths daily from influenza as of 21 June 2020. This is a 16% discrepancy with the daily number of deaths reported in the graph.