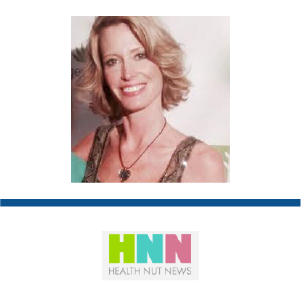 CLAIM
Each of these ingredients [thimerosal, ovalbumin, formaldehyde, sodium deoxycholate] is a known neurotoxin
VERDICT more about the rating framework

DETAILS
Incorrect: Neither ovalbumin (the main protein in egg white) nor sodium deoxycholate is neurotoxic, as the article claims. Both substances are generally safe.
Lack of context: Thimerosal does contain mercury, but in the form of ethylmercury. Its biological effects therefore greatly differ from that of elemental mercury or methylmercury, and thimerosal does not demonstrate the same degree of neurotoxicity as the latter two compounds. Elemental mercury and methylmercury are not part of any vaccine’s ingredient list.
KEY TAKE AWAY

FULL CLAIM: Each of these ingredients [thimerosal, ovalbumin, formaldehyde, sodium deoxycholate] is a known neurotoxin

This article published in Health Nut News, shared more than 120,000 times, was originally published on the website Complete Health and Happiness. The article discusses the purported dangers of ingredients in the flu vaccine. It claims that the flu vaccine contains several “contaminants”, specifically thimerosal, ovalbumin, formaldehyde and sodium deoxycholate, which it labels as known neurotoxins.

The safety of vaccine ingredients in general were addressed in an earlier claim review we published about a video on the MMR vaccine. The specific ingredients discussed in that review was thimerosal (no longer used in the MMR vaccine, but still present in certain flu vaccines) and formaldehyde, which were claimed to cause neurotoxicity and encephalopathy. This claim was found to be incorrect.

The other ingredients mentioned in this article, ovalbumin and sodium deoxycholate, are also not known neurotoxins. Ovalbumin is the main protein found in egg white, which is consumed daily by many people in much greater quantities than is found in the flu vaccine, without any ill effects. It can, in rare cases, trigger an allergic reaction, not unlike other food allergies (e.g. peanuts, shellfish).

Sodium deoxycholate is a bile salt and a form of deoxycholic acid, which has been used in cosmetic surgery in an injectable form, and at higher levels than in the flu vaccine, to reduce subcutaneous fat. Neurotoxicity is not a known side effect of such treatment.

The basis for the article’s claim that the flu vaccine “contains 25,000 times more mercury than is legally allowed in drinking water” comes from another article where the author claimed to have performed a test on the flu vaccine to detect mercury (specifically inductively coupled plasma mass spectrometry). Unfortunately, the author is not equipped with the scientific training that would enable them to conduct or interpret such a specialized test properly, which calls the reliability of its results and conclusions into question.

We also reviewed two other articles which made incorrect or unsupported claims about the perils of the flu vaccine.

We previously reviewed claims about the side effects of flu vaccines, found to be either incorrect or unsupported:

We also reviewed several other articles containing claims about various vaccines’ side effects such as cancer and autism, found to be either incorrect, unsupported, or inaccurate: