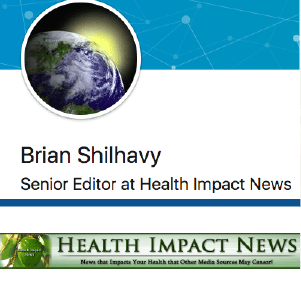 DETAILS
Misleading: The claim of harms caused by the flu vaccine relies on an official government report (petitions for compensation due to alleged vaccine injury). But the article never mentions that it is not necessary for petitioners to present proof.
Unsupported: The article does not provide peer-reviewed evidence of the flu vaccine’s harms.
Inaccurate: The article downplays the flu vaccine's benefits by providing incorrect statistics on reduction in flu-associated mortality.
KEY TAKE AWAY

A Health Impact News article claimed that the flu vaccine caused people to develop serious illnesses and even contributed to death. The article based its claim on petitions for compensation due to alleged vaccine injury, taken from a December 2018 report by the United States Department of Justice.

The article is misleading the reader in several ways. Firstly, the article does not make it clear to the reader that petitioners do not need to prove that their injuries were caused by vaccination; a petition can be made even if an individual is not certain that the injury was caused by a vaccine. The list in the report is therefore not authoritative evidence of the flu vaccine’s harms.

Secondly, it solicits comments about the flu vaccine’s purported harmful effects from an individual with previous medical training, whose medical license was revoked by the Maryland State Board of Physicians for “administering to the children a treatment protocol that has a known substantial risk of serious harm and which is not consistent with evidence-based medicine”. Moreover, a vaccine court found the individual to be “a professional witness in areas for which he has no training, expertise and experience”.

The article does not cite any peer-reviewed scientific evidence that shows a causative relationship between the flu vaccine and the diseases listed. In summary, its claim about the flu vaccine’s harms is baseless.

Simon Drysdale, Consultant and Senior Lecturer (Paediatric Infectious Diseases), St George's, University of London:
The side effects listed in the article (Guillain-Barré syndrome, transverse myelitis, acute disseminated encephalomyelitis, chronic inflammatory demyelinating polyneuropathy, multiple sclerosis, shoulder injury due to vaccine administration, myasthenia gravis, peripheral neuropathy, death) are ones that have been associated with (but not necessarily proven to be due to) the influenza vaccine, but they are of course extremely rare. This website does a good job of fact-checking a similar claim.

The flu vaccine, like all medical interventions, comes with side effects. However, contrary to the claim made in the article, most of these side effects are actually mild, comprising of a slight fever, muscle aches and soreness at the injection site. These side effects are well-documented by health authorities such as the Centers for Disease Control and Prevention (CDC) and the National Health Service.

It is true that severe allergic reactions (also called anaphylaxis) to components of the flu vaccine, particularly egg protein, can and do occur, but these can be managed safely in the medical setting and are no different from the severe allergic reactions that some people have towards certain foods, like eggs and peanuts (curiously enough, no one has ever organized protests or resistance against these foods).

There is no peer-reviewed scientific evidence showing a causative association between the flu vaccine with most of the diseases in the list such as multiple sclerosis and transverse myelitis, much less death – with the exception of Guillain-Barré syndrome (GBS). The concern appears to be centered on a particular strain of flu virus – and not all flu virus strains – used in vaccines[1,2,3,4]. This concern has also been addressed in a study that CDC scientists also participated in[2], despite the article’s claims of a governmental cover-up. It is also interesting to note that flu infection itself has been found to carry a higher risk for GBS than the flu vaccine[5], and may suggest that flu vaccination is more likely to prevent than cause GBS.

Parker A Small, Professor Emeritus, Emerging Pathogens Institute, University of Florida:
The CDC has published estimates of the lives saved by the flu vaccine[6] and they far exceed the absurdly low number given in the article.

The article states “how ridiculous it is to spend billions of dollars on a vaccine that might, at its best, save about 50 lives a year”, without citing any supporting evidence. This statement is incorrect. In fact, the flu vaccine has been estimated to save more than 40,000 lives over a 9-year period in the US[6] and diminish the risk of influenza-associated mortality for at-risk populations such as children and heart failure patients[7,8].

Update: Prof. Parker A Small’s comment was added to the article on 1 March 2019.