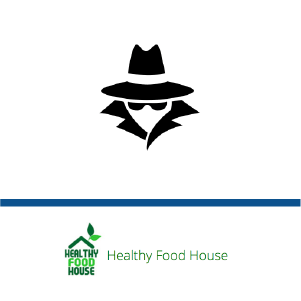 DETAILS
Unsupported: The article cites a large-scale study in men which found a correlation between cannabis use and lower likelihood of bladder cancer to suggest that “cannabis can potentially kill cancer.” However interesting this association is, correlation alone does not imply causation.
Inaccurate: The article reports that the National Cancer Institute (NCI) in the United States “admits that marijuana kills cancer”. This is not true - the NCI fact sheet clearly states that the use of marijuana in cancer patients is limited to “treatment of cancer-related side effects”, and that cannabis has not been approved for use in anti-cancer treatment.
KEY TAKE AWAY

The claim that the NCI “admitted” to marijuana killing cancer cells is false, as the NCI did not do so. The article’s interpretation of a men’s health study that purportedly supports its claim is also flawed and leads the author to an incorrect conclusion. Scientific evidence to support claims of a cannabis cancer cure in humans is currently lacking.

This article published by USA Health Times claims in its headline that a “cancer institute finally admits marijuana kills cancer”. The institute it refers to is revealed to be the US National Cancer Institute (NCI), which the article says released a report on their website stating that “marijuana kills cancer”. A similar claim has also been made in Healthy Food House.

The article correctly states that marijuana (also known as cannabis) is used to alleviate various symptoms in cancer – which is supported by the NCI PDQ Summary on cannabis and cannabinoids – and other illnesses. However, it is also clear from the NCI summary that cannabis is not approved “as a treatment for cancer or any other medical condition”, therefore the article’s primary claim is incorrect.

The article also cites “a men’s health study” as scientific support for the claim that “cannabis can potentially kill cancer”. In this study, the researchers found that cannabis use was correlated with a lower risk of bladder cancer[1]. While the article describes the study correctly for the most part, it overstates the significance of the findings, as the study itself points out that it did not establish a cause-and-effect relationship. It is important to keep in mind that changes in two variables which are correlated with one another may not necessarily be the result of a cause-and-effect relationship, but due to other issues, such as bias, random chance and confounding factors. It is important to keep in mind that correlation alone does not imply causation (the website Spurious Correlations has compiled several graphs that demonstrate how correlations can be found between various factors that are, in reality, unlikely to affect one another, such as the divorce rate in Maine and per capita consumption of margarine).

This does not mean that observational studies such as the one cited by the article have no value, but that such studies on their own cannot support the claim of a causative relationship and require other types of studies to substantiate such a claim. In general, a causative association in biology is established using prospective interventional studies, as seen in randomized clinical trials, because this would allow researchers to minimize the effects of confounding factors and potential bias.

We previously reviewed in detail a claim about the apparent curative effects of cannabis in cancer, which can be found here. Scientists who reviewed that claim explained that chemical compounds found in cannabis have been shown in in vitro and animal studies to have anti-cancer effects. However, clinical trials designed to examine anti-cancer activity in humans have not demonstrated a significant effect.

One of the reviewers, Professor Donald Abrams summed it up with this statement:

“The reality is that there is an increasing body of evidence that cannabinoids work against cancer cells from many angles. […] What is lacking is the demonstration that these in vitro effects translate into any benefit for people living with cancer.”

Manuel Guzmán, Professor, School of Biology, Complutense University of Madrid:
That claim is not correct.

Cancer is a very serious and heterogeneous disease, so fighting it therapeutically remains an extremely difficult challenge.

PRECLINICAL EVIDENCE: Cannabinoids inhibit tumor cell growth in a wide array of cancer models in small laboratory animals – mice and rats.
ANECDOTAL REPORTS: It is possible that cannabis preparations have exerted anti-tumoral activity in some particular cancer patients. However, the current evidence is still pretty weak.
CLINICAL EVIDENCE: Some signs of cannabinoid anti-tumoral activity have been reported in pilot clinical trials[2,3,4,5] and case series[6,7,8]. However, it is necessary that robust clinical studies are conducted to determine whether cannabinoids could be used, aside from their palliative effects, as anti-tumoral drugs to treat cancer patients.

As an oncologist in San Francisco for the past thirty-three years, I often say that I would venture to guess that the majority of the patients I have cared for have used cannabis during their treatment. Thus, if cannabis cured cancer, I would have a lot more survivors. […]

Having lived through the rise and fall of many “alternative” cancer cures during these past three-plus decades, I fear that cannabis may go the way of laetrile or shark’s cartilage, dismissed as bogus and fraudulent. The reality is that there is an increasing body of evidence that cannabinoids work against cancer cells from many angles—increasing apoptosis, decreasing angiogenesis through inhibition of vascular endothelial growth factor and thwarting invasion and metastases by matrix metalloproteinase-2. What is lacking is the demonstration that these in vitro effects translate into any benefit for people living with cancer.

We previously examined similar claims about “cannabis curing cancer” in the following reviews:

We also reviewed other claims about cancer cures, which turned out to be unsupported:

Other reviews on various claims about marijuana’s health effects: