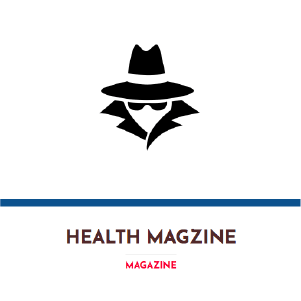 DETAILS
Overstates scientific confidence: Scientific studies on the anti-cancer effect of cannabis have been primarily limited to in vitro cell cultures (i.e., cells growing in a petri dish) or in laboratory animals. While these are important first steps, these results do not support a claim that cannabis cures cancer in humans.
Misleading: The article’s headline leads readers to think that science supports using cannabis to cure cancer, when this is far from the case.
KEY TAKE AWAY

Cannabinoids have useful medical applications in cancer, such as reducing nausea during chemotherapy treatment and relieving cancer-related pain. However, cannabis has not been scientifically proven to cure cancer in humans, as studies have so far been limited to cell cultures and lab animals, and no clinical trials have actually shown its efficacy in humans.

Alternative cancer cures receive much attention in the news. One example is this article by Health Magazine – shared more than 63,000 times online – which claims that scientific studies “prove cannabis cures cancer”, citing 100 scientific studies to support this claim.

Two scientists – well-known experts in the use of cannabis for treating cancer patients – who reviewed this claim found it to be incorrect. Both reviewers explained that while cannabis has been shown to reduce tumour growth in cell cultures and lab animals (as shown in some of the studies cited by the Health Magazine article), there have not been any clinical trials that demonstrate an anti-cancer effect in humans (see below for reviewers’ detailed comments).

While in vitro and animal studies are important preliminary steps in assessing the efficacy of cannabis against cancer – in the absence of clinical trials involving large groups of patients – these studies cannot support the claim that cannabis cures cancer. Many therapies which appear promising in cell cultures and lab animals often fail to show efficacy in humans and the success rate of approved therapies in oncology has been estimated at a mere 3.4%[1].

In short, certain cannabinoids provide well-documented palliative effects, such as pain relief and appetite stimulation, and relief from chemotherapy-induced nausea – this is why they are currently used in clinics. However, any anti-cancer effect that cannabinoids may have has yet to be demonstrated in a clinical trial. As Professor Donald Abrams explained in his review:

“The reality is that there is an increasing body of evidence that cannabinoids work against cancer cells from many angles. […] What is lacking is the demonstration that these in vitro effects translate into any benefit for people living with cancer.”

Manuel Guzmán, Professor, School of Biology, Complutense University of Madrid:
That claim is not correct.

Cancer is a very serious and heterogeneous disease, so fighting it therapeutically remains an extremely difficult challenge.

ANECDOTAL REPORTS: It is possible that cannabis preparations have exerted anti-tumoral activity in some particular cancer patients. However, the current evidence is still pretty weak.

CLINICAL EVIDENCE: Some signs of cannabinoid anti-tumoral activity have been reported in pilot clinical trials[2,3,4,5] and case series[6,7,8]. However, it is necessary that robust clinical studies are conducted to determine whether cannabinoids could be used, aside from their palliative effects, as anti-tumoral drugs to treat cancer patients.

As an oncologist in San Francisco for the past thirty-three years, I often say that I would venture to guess that the majority of the patients I have cared for have used cannabis during their treatment. Thus, if cannabis cured cancer, I would have a lot more survivors. […]

Having lived through the rise and fall of many “alternative” cancer cures during these past three-plus decades, I fear that cannabis may go the way of laetrile or shark’s cartilage, dismissed as bogus and fraudulent. The reality is that there is an increasing body of evidence that cannabinoids work against cancer cells from many angles—increasing apoptosis, decreasing angiogenesis through inhibition of vascular endothelial growth factor and thwarting invasion and metastases by matrix metalloproteinase-2. What is lacking is the demonstration that these in vitro effects translate into any benefit for people living with cancer. But there is a body of evidence that cannabis is an effective medicine for the management of symptoms arising from cancer or its treatment, so a blanket dismissal of cannabis as an invalid cancer treatment would deprive patients of a very valuable therapy.