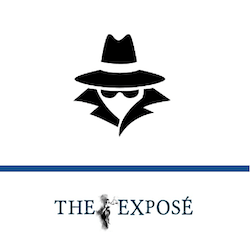 DETAILS
Incorrect: Acquired immunodeficiency syndrome, or AIDS for short, is a condition caused by infection by the human immunodeficiency virus (HIV), not vaccination.
Misrepresents source: The Vaccine Surveillance Reports published by the U.K. Health Security Agency explicitly states that the data regarding case numbers cannot be used to calculate vaccine effectiveness, as its data doesn’t account for issues like differences in healthcare seeking behavior and changes in behavior following vaccination.
KEY TAKE AWAY

Vaccine effectiveness measures the proportionate reduction in the risk of an outcome, such as infection, symptomatic disease, and hospitalization. The COVID-19 vaccines have demonstrated a high level of effectiveness in reducing disease, hospitalization, and death. As such, vaccinated people are much less likely to fall ill and develop severe disease compared to unvaccinated people.

The Exposé is an outlet known to publish misinformation and conspiracy theories. Logically identified Jonathan Allen-Walker as the individual who owns the website, although the article we examine in this review listed no author but “a concerned reader”. It received more than 3,200 engagements on Facebook, including more than 1,700 shares, according to social media analytics tool CrowdTangle. The claim that vaccinated people are developing AIDS was also propagated by the president of Brazil Jair Bolsonaro.

The claims are based on the anonymous writer’s calculation of vaccine effectiveness using the case numbers provided in the report. Specifically, the author claimed that vaccine effectiveness decreased over time, and that this represented “immune system degradation”, which the author suggested was the result of AIDS or antibody-dependent enhancement.

The CDC webpage also explains how to interpret vaccine effectiveness:

But the article’s manner of calculating vaccine effectiveness failed to account for caveats that were highlighted in the reports itself. If we take a look at the week 42 report, it warns readers not to do precisely what the Exposé writer did:

“These data should be considered in the context of vaccination status of the population groups shown in the rest of this report. The vaccination status of cases, inpatients and deaths is not the most appropriate method to assess vaccine effectiveness and there is a high risk of misinterpretation. Vaccine effectiveness has been formally estimated from a number of different sources and is described earlier in this report […]

The case rates in the vaccinated and unvaccinated populations are crude rates that do not take into account underlying statistical biases in the data. There are likely to be systematic differences in who chooses to be tested and the COVID risk of people who are vaccinated.

These biases become more evident as more people are vaccinated and the differences between the vaccinated and unvaccinated population become systematically different in ways that are not accounted for without undertaken (sic) formal analysis of vaccine effectiveness as is made clear.” (emphasis added)

One issue that the Exposé article didn’t account for is that the number of cases recorded in the fully vaccinated and unvaccinated groups may not represent the actual number of cases in each group. This is because one group may tend to exhibit different health seeking behavior compared to the other. As explained in this interim guidance by the World Health Organization on page 33, this is a potential source of bias when determining vaccine effectiveness.

For example, one group may be more likely to get tested for COVID-19 compared to the other. This would result in the disease being detected at a higher rate in one group compared to the other, even though the number of actual cases may not necessarily be higher than in the other group. An instance of how such bias can affect conclusions if it isn’t accounted for was covered in an earlier review.

The risk of infection between both groups can also differ for reasons that are unrelated to vaccine effectiveness. For instance, people may change their behavior following vaccination, which alters their level of exposure to the virus. This survey, conducted by the U.K. Office of National Statistics in February 2021, found that those aged 80 and above increased socializing following COVID-19 vaccination.

Overall, the failure to consider these caveats makes the vaccine effectiveness calculation presented by the Exposé meaningless.

The article’s attempt to represent vaccine effectiveness as a measure of what it called “immune system boost or degradation” has no scientific basis, nor did the author provide evidence to support his use of vaccine effectiveness in this manner. Its assertion that “Everybody over 30 will have lost 100% of their entire immune capability” is baseless.

It also claimed with no evidence that the COVID-19 vaccines damage the T cells of the immune system. This was addressed in a previous review by Health Feedback and found to be unsupported. At the same time, the article contradicted itself by claiming that booster shots would “buy [the elderly] a couple of months of improved Covid immunity which will hide the continuing gradual immune system degradation”. The writer offered no explanation for why immunity would be simultaneously boosted and degraded by COVID-19 vaccines.

The article used its erroneous findings as a springboard for further misinformation, claiming that the vaccines were causing antibody-dependent enhancement (ADE) and AIDS. This is another false and baseless claim. ADE, which occurs when antibodies against the virus cause more severe disease, hasn’t been observed in the case of COVID-19 vaccines, as explained in this Health Feedback review. In fact, vaccinated people are less likely to develop severe COVID-19 compared to unvaccinated people. This is inconsistent with the assertion that the vaccines cause ADE.

Furthermore, AIDS is a specific condition that results from infection by the human immunodeficiency virus, which leads to the destruction of immune cells that causes infected people to be more vulnerable to infection. This condition is unrelated to vaccines.