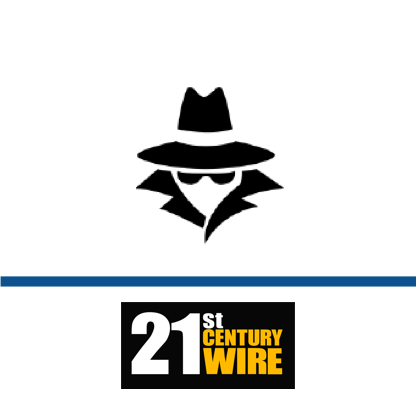 DETAILS
Inaccurate: The oral polio vaccine contains a live but weakened form of the poliovirus that cannot cause the disease. In fact, virus shedding from vaccinated children can confer partial protection to unvaccinated children around them. The viruses that cause vaccine-derived polio cases are different from that contained in the oral polio vaccine, and arise only on very rare occasions in areas with poor sanitation.
Lacks context: The article fails to explain that vaccine-derived polio cases occur only in individuals who are not vaccinated, and that the number of polio cases derived from the oral vaccine is much lower than the number of cases caused by the wild poliovirus before the oral vaccine was available.
KEY TAKE AWAY

The oral polio vaccine contains a live but weakened form of the poliovirus, which does not cause infection. In areas with poor sanitization, however, the virus shed by vaccinated children can remain in the environment for long periods of time, and on rare occasions, regain its ability to cause disease. Since immunization protects against both the wild poliovirus and vaccine-derived polioviruses, full vaccination of 80-85% of the children can confer herd immunity and stop polio transmission. And improved sanitation can prevent the emergence of infectious vaccine-derived poliovirus strains.

FULL CLAIM: “UN Forced to Admit Gates-funded Vaccine is Causing Polio Outbreak in Africa“; “The United Nations has been forced to admit that a major international vaccine initiative is actually causing a deadly outbreak of the very disease it was supposed to wipe-out.”

Articles like this one, published on 4 September 2020 on 21st Century Wire, report an outbreak of 13 cases of vaccine-derived polio that began in Sudan in March 2020 and was announced by the Sudan Federal Ministry of Health just one week after the World Health Organization (WHO) declared Africa free of the wild strain of the poliovirus. These articles claim that the “international [polio] vaccine initiative is actually causing a deadly outbreak of the very disease it was supposed to wipe out”, suggesting that polio vaccination campaigns have been ineffective at preventing the disease. Based on this polio outbreak, these posts also question “the efficacy and safety of the much-hype[d] COVID[-19] miracle vaccine.” According to the social media analytics tool CrowdTangle, these posts received more than 18,000 interactions on Facebook in three days, primarily from Facebook groups that oppose vaccines and those known to promote conspiracy theories.

Contrary to what the posts suggest, vaccination has been effective in eradicating polio from the vast majority of developing countries, preventing an estimated 16 million cases and 1.5 million deaths worldwide. While vaccine-derived polio cases do occur, they are very rare and can be avoided by improving sanitation and vaccine coverage in vulnerable communities.

Poliomyelitis (polio) is caused by a viral infection that generally results in mild symptoms, but can sometimes lead to paralysis or death if the virus reaches the brain and spinal cord. Because the virus replicates in the intestine, infected people can shed infectious particles into the environment for several weeks via their feces. Thus, in areas with poor sanitation, the infection can rapidly spread through the community by fecal contamination of drinking water or food grown or prepared with contaminated water.

Two types of polio vaccines are currently in use. The first is the inactivated poliovirus vaccine (IPV), which contains a “killed” virus. This injectable vaccine is more expensive than the oral vaccine and requires sterile equipment and trained healthcare staff to administer a total of four doses. Although the IPV is effective in generating antibodies and protecting against paralysis, it induces only limited immunity in the intestine. This means that the virus can still multiply in the gut and be shed in the feces. In areas with poor sanitation systems, individuals are at risk of coming into contact with potentially infectious viral particles. This is especially problematic in regions with low immunization rates[1].

The second type of vaccine is the oral poliovirus vaccine (OPV), which is less expensive than the IPV and easier to administer through drops taken by mouth in three doses. The article mentions that this vaccine contains a live virus, but fails to clarify that the virus used in the vaccine is a weakened (attenuated) strain of the virus incapable of causing infection. In areas with poor sanitization, vaccinated children shed this weakened virus in their stool and can passively confer herd immunity to others around them. However, the shed vaccine virus can also persist for long periods of time in the environment and sometimes undergo mutations. On rare occasions, the virus regains its capacity to cause disease, turning into vaccine-derived polioviruses (VDPVs).

The 21st Century Wire article states that the first two children who became paralyzed in Sudan in the spring of 2020 “had been recently vaccinated against polio”. This statement is misleading as it suggests that the polio vaccine caused the paralysis in these children, which is incorrect. Those children were 48 and 36 months old, which means that they had not completed the immunization schedule yet and were thus vulnerable to the disease. Testing confirmed that the children were not infected by the strain of virus contained in the vaccine but by a VDPV that originated in Chad and had been circulating there since 2019. Contrary to what the article suggests, VDPVs are different from the virus contained in the oral vaccine. As explained in this previous review by Health Feedback, VDPVs can only spread in communities with low immunization.

Finally, many posts associate the participation of the Bill & Melinda Gates Foundation in the Global Polio Eradication Initiative (GPEI), which launched the polio vaccination campaigns, with the alleged dangers of the OPV in order to cast doubt on coronavirus vaccines. The article further claims that an experimental COVID-19 vaccine is being tested on the African population. These claims are inaccurate and misleading. Firstly, the clinical trial in Africa involves a COVID-19 vaccine that has already been proven safe in more than 1,000 healthy volunteers from the U.K.[2].  The vaccine is now in phase III trials, which means that researchers are assessing its efficacy at preventing infection. Secondly, the occurrence of vaccine-derived outbreaks does not suggest that the polio eradication initiative has failed.

While vaccine-derived polio cases currently exceed wild poliovirus cases, this is only because polio vaccination campaigns have eradicated the wild virus from the vast majority of countries. Only one of the three original strains of wild poliovirus remains. In contrast to the estimated 350,000 children paralyzed by polio in 1988, which is the year when the GPEI launched the vaccination program, the WHO reported only 539 polio cases worldwide in 2019. In the absence of the oral vaccine, the virus could have paralyzed more than 6.5 million children in the past ten years.

In summary, the attenuated poliovirus contained in the oral polio vaccine does not cause the disease. However, when the shed virus circulates in the environment for long periods of time, it can mutate into a virulent form which is especially dangerous in underimmunized communities. It is true that VDPV outbreaks currently represent a big obstacle in the eradication of polio, however maintaining good immunization coverage will protect against polio transmission regardless of the origin of the virus.