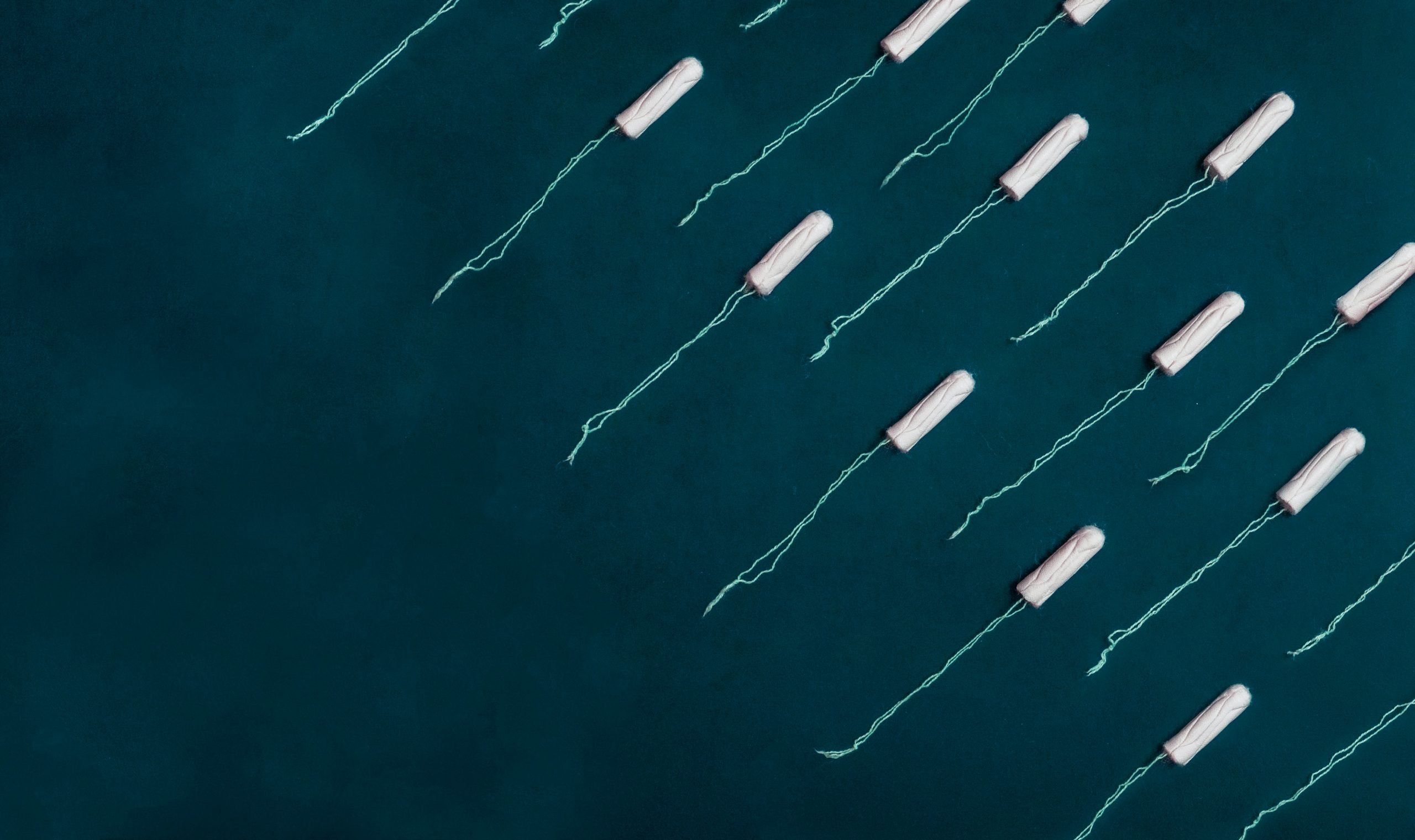 Photo by Josefin on Unsplash

Social media posts claiming that titanium dioxide in tampons are responsible for reproductive cancers began circulating in early August 2022. One notable example is this TikTok video by user Rachel Morgan, whose video received more than 1.5 million views and attracted more than 30,000 comments.

Titanium dioxide is a white-colored, naturally occurring mineral. It’s widely used in commercial products, such as food and toothpaste, as a colorant, as well as sunscreen because of its effectiveness at blocking ultraviolet rays.

Exposure to titanium dioxide via inhalation is associated with lung cancer, but this isn’t representative of exposure through tampons

In 2006, the International Agency for Research on Cancer, part of the World Health Organization, classified titanium dioxide as a Group 2B carcinogen, or a “possible carcinogen to humans”, based on “sufficient evidence in experimental animals and inadequate evidence in epidemiological studies”. To keep things in perspective, other compounds considered as Group 2B carcinogens by IARC are aloe vera and pickled vegetables.

The evidence in experimental animals was obtained from two studies in rats which were exposed to fine or ultra-fine titanium dioxide in the air[1,2]. These rats were found to be more likely to develop lung tumors. Now, it’s critical to understand that these results were obtained after inhalation of titanium dioxide. And we know that inhalation of fine particulate matter in general—not just titanium dioxide—is associated with greater lung inflammation and risk of lung cancer[3,4].

It’s important to account for the route of exposure, because the level of risk from that compound changes depending on the route. Inhalation is different from exposure through menstrual hygiene products, which is why the effects observed in these animal studies cannot be directly extrapolated to things like tampons.

One of the studies supporting EFSA’s decision was a study published in 2017 by Bettini et al[5]. The study reported that rats fed with food-grade titanium dioxide in their drinking water for seven days developed inflammation and precancerous lesions in the gastrointestinal tract. It’s important to note that the rats were administered 10 mg of titanium dioxide per kilogram of body weight per day, whereas the highest exposure level in American and British populations was estimated to be anywhere between three to fifty times lower than that[6].

Matthew Wright, who chaired EFSA’s working group on titanium dioxide in food, said of the decision: “Although the evidence for general toxic effects was not conclusive, on the basis of the new data and strengthened methods we could not rule out a concern for genotoxicity and consequently we could not establish a safe level for daily intake of the food additive.”

Agnes Oomen, a professor of chemicals and planetary health at the University of Amsterdam, who specializes in nanomaterials and co-authored the scientific opinion behind EFSA’s decision[9], reminds us that “saying we’re not certain that it’s safe is very different from saying it’s unsafe”. But the decision by EFSA was made in order to stay on the cautious side of things, she told Scientific American. “If it’s just being used as a colorant, is it really necessary to have in your food?” she asked.

No evidence that titanium dioxide in tampons cause cancer

Gunter also highlighted the fact that titanium dioxide is used in toothpaste, and toothpaste isn’t associated with cancer or reproductive problems. “During brushing there is also friction and a lot of blood vessels under the tongue, things that make absorption much easier, so [it’s] theoretically a far higher risk environment than the vagina,” she wrote.

Overall, there’s no evidence showing that titanium dioxide in tampons or food causes toxicity or cancer in people. So far, changes in the safety assessment of titanium dioxide have been made out of a sense of precaution because of uncertainty regarding its safety, rather than conclusive evidence that the compound is harmful to people. In order to improve our understanding of this subject, scientists generally agree that it’s important to continue to study the effects of titanium dioxide in the body, particularly under conditions that better represent people’s exposure to the mineral.