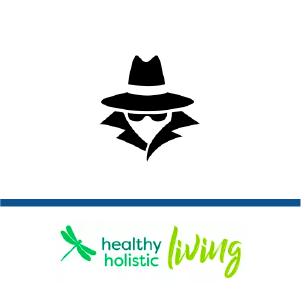 CLAIM
“The flu is not a season! It is an inability to adapt due to decreased sun exposure and water intake, combined with increased sugar intake and stress.”
VERDICT more about the rating framework

DETAILS
Incorrect: Scientific evidence shows that the flu is a viral respiratory illness caused by the influenza virus. The flu typically occurs at a specific time of the year, known as the flu season. Some of the factors cited in the claim, such as stress and decreased sun exposure, can negatively affect the way people’s immune systems respond to infection, however, they cannot cause the flu in the absence of the flu virus.
KEY TAKE AWAY

The flu is a viral respiratory illness caused by the influenza virus that exhibits a seasonal pattern in its activity. In the U.S., flu season occurs in the fall and winter, with cases often peaking between December and February. Stress and vitamin D deficiency can affect the human immune system in ways that make individuals more likely to develop infections. However, they are not the cause of infections. Infections are caused by microorganisms such as bacteria, fungi, and viruses.

FULL CLAIM: “The flu is not a season! It is an inability to adapt due to decreased sun exposure and water intake, combined with increased sugar intake and stress.”

A viral meme published on Facebook in mid-December 2020 claims that “The flu is not a season! It is an inability to adapt due to decreased sun exposure and water intake, combined with increased sugar intake and stress.” This claim predates 2020, as the same claim was circulated by sources promoting “alternative health” as early as 2016 (see examples here and here).

The flu is a viral respiratory infection that is caused by the influenza virus, not an “inability to adapt,” as claimed. One of the features of flu is its seasonality, with a peak number of cases commonly occurring during a specific period of year. In the U.S., “flu season occurs in the fall and winter. While influenza viruses circulate year-round, most of the time flu activity peaks between December and February, but activity can last as late as May,” according to the U.S. Centers for Disease Control and Prevention (CDC). In other parts of the world, particularly the tropics, flu exhibits more complex behaviors, with some countries seeing year-round flu activity, while others see more than one peak of flu activity[1].

Some of the factors cited in the meme, such as stress[2] and decreased sun exposure leading to vitamin D deficiency, can contribute to poorer immune defense in some people. This makes individuals more likely to develop an infection when they encounter the influenza virus. However, these factors don’t in and of themselves cause the flu, therefore the claim is incorrect.

In fact, many infectious diseases demonstrate seasonality, although for several diseases, the reason why seasonality is present remains unclear. Studies suggest that seasonality arises through the interplay of multiple factors, both on the part of the virus and the human host. This news article published in Science explores the variety of factors that influence seasonal patterns in infectious diseases:

“Seasonality is easiest to understand for diseases spread by insects that thrive during rainy seasons, such as African sleeping sickness, chikungunya, dengue, and river blindness. For most other infections, there’s little rhyme or reason to the timing.”

The article reports that Neal Nathanson, emeritus professor of microbiology at the University of Pennsylvania, “suspects that, at least for viruses, their viability outside the human body is more important”:

“The genetic material of some viruses is packaged not only in a capsid protein, but also in a membrane called an envelope, which is typically made of lipids. It interacts with host cells during the infection process and helps dodge immune attacks. Viruses with envelopes are more fragile and vulnerable to adverse conditions, Nathanson says, including, for example, summertime heat and dryness.”

On the side of the human host, the article highlights the possibility of seasonal changes affecting the immune system, a topic that is currently being studied by infectious disease ecologist Micaela Martinez at Columbia University:

“[B]y counting different immune system cells, assessing metabolites and cytokines in the blood, deciphering the fecal microbiome, and measuring hormones, Martinez’s team hopes to find that the seasons may ‘restructure’ the immune system, making some types of cells more abundant in certain locales, and others less, in ways that influence our susceptibility to pathogens.”

Although seasonal changes are inevitable, there are steps people can take to reduce their likelihood of catching a flu infection. The CDC recommends that people wash their hands frequently, avoid touching their eyes, mouth, or nose, “Get plenty of sleep, be physically active, manage your stress, drink plenty of fluids, and eat nutritious food.”